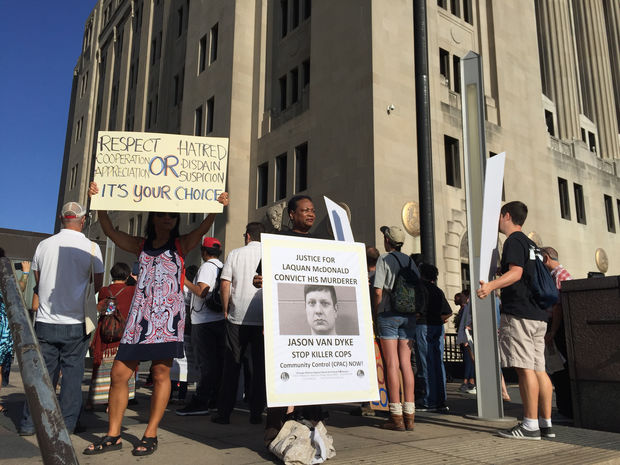 Earlier this morning in a packed courtroom in Chicago, Judge Vincent Gaughan ruled in favor of the special prosecution team’s requests to allow conversations between longtime former FOP spokesperson Pat Camden and Jason Van Dyke to be used in trial against him.

The defense attorneys, Daniel Herbert and Steven Craig Rueckert, attempted to argue that such conversations between FOP union reps and Van Dyke were privileged conversations and therefore should not be permitted to be publicized and used against him, but Gaughan ruled against this, citing that parts of these conversations had already been disclosed at an earlier date in conversations with the FBI and in front of a jury: “Once the door is open, it can never be shut.”

Van Dyke, the Chicago Police Officer who fatally shot 17-year-old Laquan McDonald sixteen times on October 20th, 2014, is currently on unpaid suspension and has pleaded non-guilty. He is currently facing charges of first-degree murder, official misconduct, and aggravated battery. Upon his arrival to the courtroom, the audience erupted in chants of “no justice no peace, no racist police!” until they were removed from the courtroom, and continued to chant in the hallway.

So far over 600 people have already been shot and killed by US Police Officers in the eight months of 2017 alone, according to the Washington Post, and several thousand civilians killed by the US Military abroad (an average of 12 people a day in some areas) during the same time, according to an Airwars investigation for the Daily Beast. On average, about a quarter of those killed domestically by the police have mental health issues, and Indigenous Americans and Black Americans have the highest chance of being shot and killed by local US Police Officers.