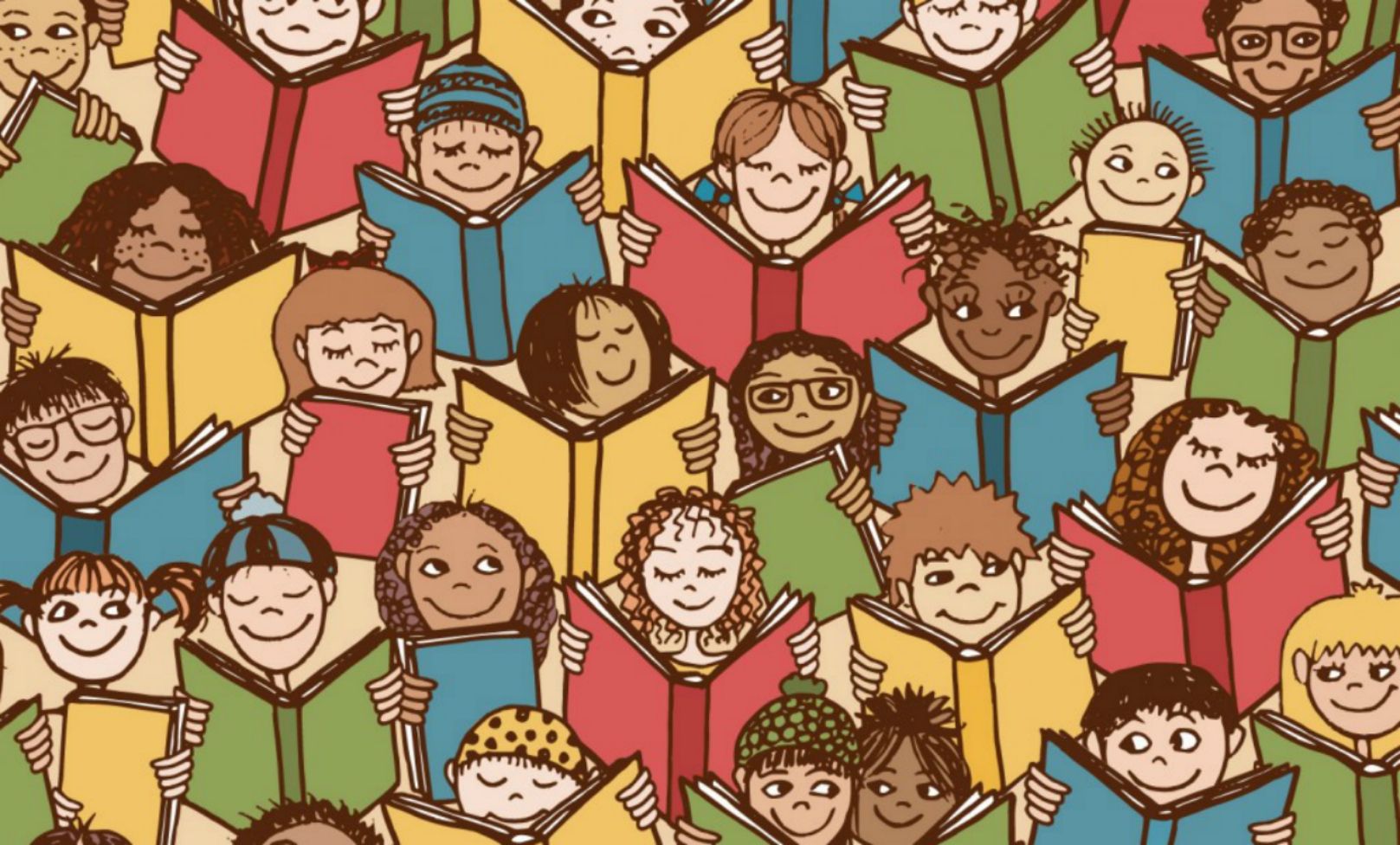 Just two weeks ago, The Chicago Monitor decided it was necessary to start discussing the importance of self-care, especially for those of us who are constantly bombarded with news of global political unrest, gun violence and police brutality. For those of us that are left overwhelmed with diverse feelings of anger at the travesties of justice we witness. For those of us who are left in fear of the way the world will react and whether or not that reaction will put our own lives in danger.

It is important to actively put effort into taking care of ourselves in an intersectional mental, emotional and physical way. Today, we are going to extend that discussion of self-care into one that also takes into account the health of the brain and mind: Bibliotherapy.

Bibliotherapy is defined as ‘the use of reading matter for therapeutic purposes.’ Reading books has been proven to be therapeutic by a number of scientific studies. Working with the University of Sussex, a group of volunteer researchers from consultancy group Mindlab International found that reading can help reduce stress. Patients who sat down to read after being exposed to stressors experienced a 68 percent reduction in their stress levels–to do this, they only had to sit down and read for about six minutes. They also found that sitting down for a cup of tea or coffee reduced their stress levels by 54 percent–so maybe that tea-cup-open-book vintage aesthetic has some scientific power to it.

When it comes to the process of self-care and bibliotherapy, there is something that often appears to be missing from the equation. The types of books we read. How can a book be therapeutic if it does not discuss identities that emphasize radical self-love, social justice, equal representation, both diversity and inclusion? How do we begin taking care of ourselves when we cannot find ourselves or the struggles we face in the content we read?

“I was an early reader, and what I read were British and American children’s books . . .  I was also an early writer, and when I began to write, at about the age of seven, stories in pencil with crayon illustrations that my poor mother was obligated to read, I wrote exactly the kinds of stories I was reading: All my characters were white and blue-eyed, they played in the snow, they ate apples. . . Because all I had read were books in which characters were foreign, I had become convinced that books by their very nature had to have foreigners in them and had to be about things with which I could not personally identify. ” – Chimamanda Ngozi Adichie

The Cooperative Children’s Book Center has been tracking the number of books by African-American, Asian-American, Native/Indigenous and Latino book creators since 1994. Over the past 20 years, the number of multicultural books has hovered around 10 percent, and in 2015 rose to 20 percent. Some people would call this a huge victory–but I find my eager mind simply filled with disappointment, knowing that only 1 out of every 5 books that they counted belongs to the voice of a multicultural author. I can’t even begin to count which ethnic or racial categories make up this multicultural sea of authors. I am one of many who face utter frustration with the way that multicultural voices are counted and categorized. They are, as usual, minoritized in their classification in a way that erases the plethora of  voices within them. “Asian-American”, for example, is stereotypically used to simplify the experiences of individuals from nearly 50 different countries, ranging from India to Cambodia; countries that in themselves are filled with microcosms of socioeconomic communities, customs, religious practices, gender identities, behaviors and languages.

There have been large social movements pushing for greater representation of diverse identities across various media, whether it be Hollywood films or children’s books.

#WeNeedDiverseBooks first took Twitter by storm in 2014, drawing worldwide attention to the lack of diversity within the publishing industry 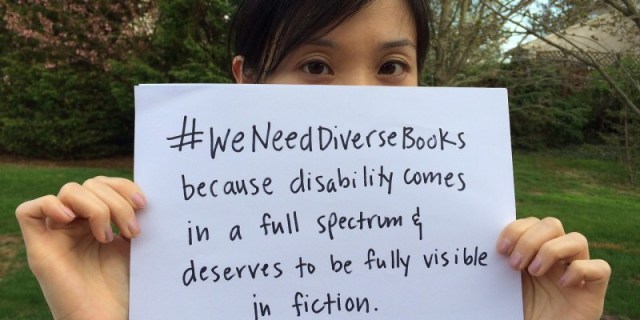 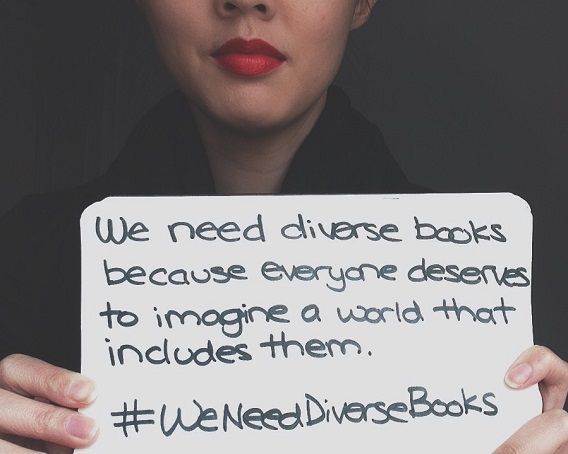 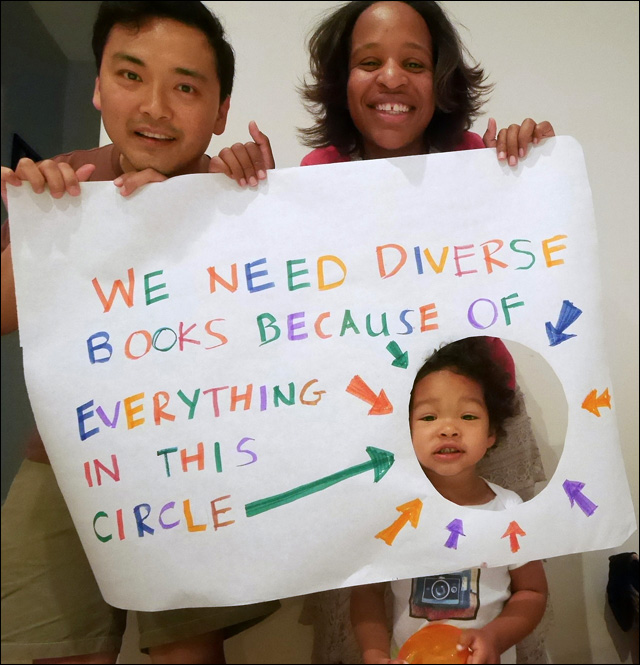 This also means that we must uplift the work of diverse authors, not only diverse characters. We must give them credit and authority for the stories they can tell because of their experiences – to let them claim ownership of the narrative. The number of times people of color, myself included, have opened a book to find an interesting, diverse character, only to be chucking the book out of my window two seconds later is appalling. In most cases, the author who has written the character has no connection to that person’s identity or struggles, and their stories often appeal to common stereotypes. Take Memoirs of a Geisha – written by a white, male American author. Not only does the novel play into typical orientalist views and the sexualization of Asian women, but also twisting and profiting off of the personal accounts of Mineko Iwasaki, the Japanese woman which the main character is based on. The Help took the stories of black servants and housekeepers and turned them into a profitable motion-picture; in turn, its white female author is given the utmost praise for opening up the conversation about race. One of the most striking aspects of the book is the way that it describes black women’s bodies, using metaphors that are often abhorrent (and so, incredibly frustrating to read through). In many cases, people of color are also the villains or the side characters that add flare to the novel. Their often-deemed ‘exotic’ identities are used to seemingly push the boundaries of the traditional (by which we mean white, upper-class, heteronormative, and Western) novel.

Talking about the availability of diverse characters is important, but those who run the show behind the scenes – the editors, the publishers, and the authors – must also be acknowledged. The minds who are behind the marketing strategies of each book – those who decide what book deserves what cover, what book will go on a tour and what book will not, what book will make it to the front page of their website and which will remain hidden. In 2015, Lee & Low Books, an independent publisher of multicultural children’s and young adult literature, launched the first major study of staff diversity in publishing. Over 40 publishers and review journals participated. Their findings revealed – unfortunately, and to no surprise – a great disparity in the voices and leaders in control of in the book industry.  Nearly 80% of those surveyed who worked in publishing self-identified as white. In Marketing and Publicity departments alone, 77% identified as white.

To see ourselves in books, in the roles of  its publishers and authors, is to allow us to see a chance at radical validation and self-care. To be able to see people reading books that tell authentic stories about our experiences rather than the many books that overly criminalize, sexualize, or criticize our behavior. To create books for youth to see a proud and oh-so-loud celebration of their existence (and all of the experiences that come with it) rather than a mere tolerance or even a total lack of recognition.  To love the existence of our narratives and see the value in them. To be able to reclaim our truths. That is self-care.
Later this week, we will release a piece titled “8 Books You Need to Add to Your Winter Reading List”, and in that list we will pay homage to the authors using fiction to reclaiming the mental, emotional, and creative spaces of the narrative and history. We will be focusing primarily on one aspect of diversity, particularly ethnic and racial, and the modern fictional narratives of people of color. We need to recognize that this list is not exhaustive, nor is it entirely intersectional, and we could write an entirely separate post about the lack of intersectionality diverse pieces in the fiction industry – but for the sake of the word count, we’ll just have to leave that for next time.