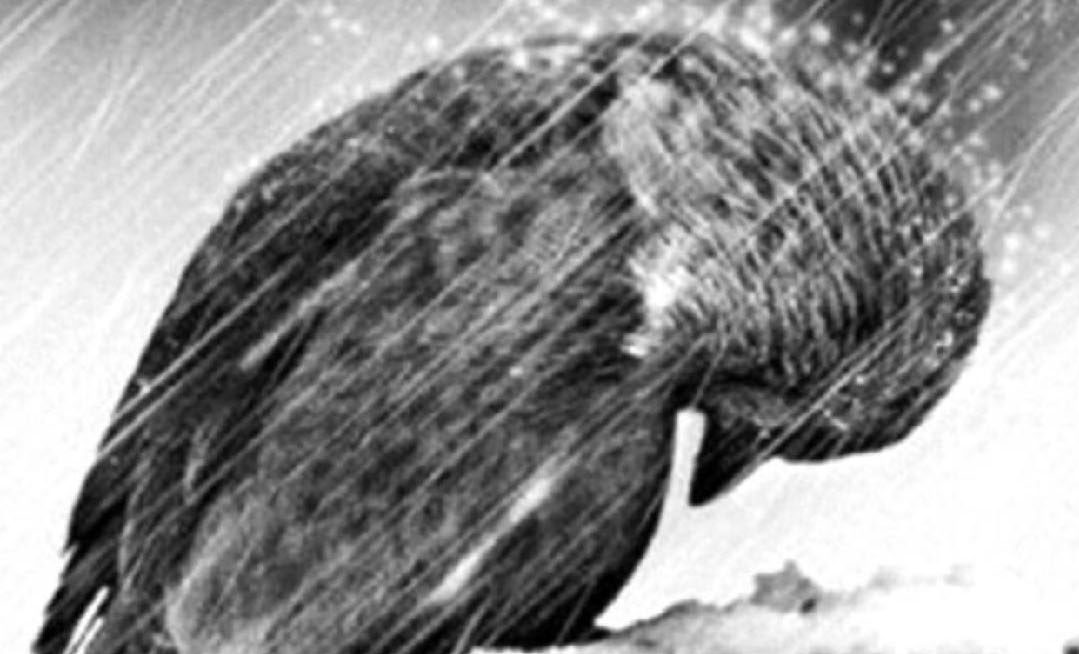 Late Dr. Abbasi was a courageous man who patiently endured his daily life struggles as if they never existed. I knew him for as long as I can remember. My late aunt, who passed away this year, was married to him for thirty years. We lived in the same city. As a child, I never sensed this family’s daily battle as they were the best host one could be. In spite of the financial distresses, my beloved aunt would lay the table with fresh, hot piping homemade specialties. Her evergreen smile concealed her life challenges that she shared with my uncle, one day at a time. Her strength of character was displayed in her calm and composed personality. Not once in my life I witnessed her complaining about her life’s biggest trial. Their four children, with all the love and respect any child could give, treated ‘the fifth’ child of the house as the utmost priority, above anything else.

After two months of his passing away from this debilitating disease, I flew down to meet his family. As I went to meet my aunt, the house was echoing with a deafening silence. Her smile had vanished and she retired into solitude. She tried covering her sadness with her all time savories, all in vain.

The reasons for meeting her were twofold: To be there by hearing her out and to educate myself about my late uncle’s illness to create awareness. He suffered from an incurable disease called myotonic muscular dystrophy. It means progressive muscular degeneration, with weakness and shrinkage of muscle tissue. The last stage of this disease leaves a person with only his eyeballs moving, doctors say. In simple terms, a person is reduced to a breathing skeleton with zilch muscle control. He was also a victim of the infamous Bhopal gas tragedy (1984), making doctors unsure if his case was a genetic disorder or it was due to the tragic event, which is one of the worst gas tragedies after the Chernobyl.

When they tied the knot, she recalled that he took a lot of medicines on a daily basis, citing constant body pain. His disease progressed in his late thirties. He experienced severe joint pain all over body which was symptomatic of his dying muscles. He would get admitted in the crème de la crème medical institutes across India and discharged as an ‘‘a medical exception without cure or treatment’. His speech could barely be interpreted as he lost vocal cord control. Though a doctor by profession, there wasn’t much he could do to help himself. He ran a clinic, which he eventually stopped going to as he could no longer walk, sit or stand without a constant guard. There was no elevator in the building. He could not climb a flight of five stairs as his muscles would give in resulting in falls, which led to multiple head injuries as he would trip head first. Every time I met him, he had the brightest face without a line of worry. Whenever I’d feel sad at his condition, he would convey to me through one of his sons ‘do not worry, it’s just a test from Allah (God) the Almighty’.

He never missed a single fast, fasting and giving yearly zakat (donations) till the end of his life. His wife always took responsibility of his wudu (ablutions) and maintained the highest level of hygiene for him. He loved going to the mosque, which unfortunately got discontinued as there was no facility for performing ablution for people with special needs. He had to be physically lifted and taken to the praying area as there was no wheelchair arrangement inside the mosque. He was confined to home.

The disease advanced in his late forties. With the loss of spinal control, he became bed-ridden. By now, he had forgotten his sons’ names. He had no bladder control and would spend sleepless night due to the restlessness and pain his body was in. At this time, he was often rushed to the nearest hospital due to improper oxygen inhaled by his ill functioning lungs.

The last few years of his life, he would barely stay conscious as his brain functioning had deteriorated drastically. All he remembered was his wife’s name till he breathed his last. He passed away at his home and the person sitting next to him was none other than his dutiful, most loving and respectful wife. When I think of this couple, I find them taking inspiration and living trials like Prophet Ayyub (peace be upon him) and his wife once did. She patiently served her husband and took care of him, while he, not complaining once, lived gratefully as a humble servant of the Almighty. Prophet Ayyub (pbuh) made the famous dua(prayer) to Allah SWT which is recorded in the Quran: “Indeed adversity has touched me, and you are the Most Merciful of the merciful” (Surah 21: verse 83).

May Allah SWT reunite my uncle and aunt, along with their four children in the hereafter and raise their ranks to the highest levels of Jannah (paradise). Ameen.

Unmosque-ing the Stigma Behind Disabilities in the Muslim Community