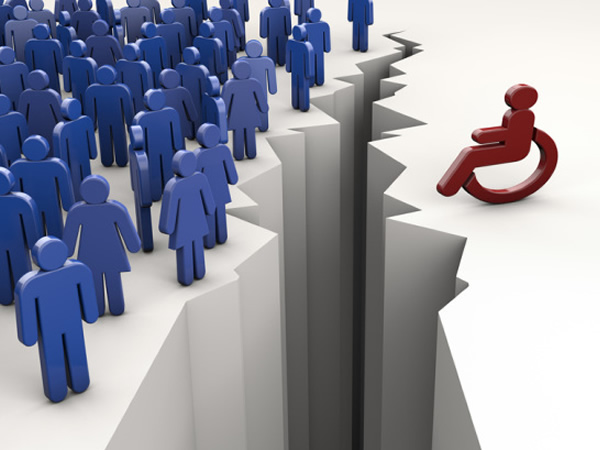 Feryaal Tahir and her family were once afraid to bring their Autistic family member to the mosque. Just as any other Muslim wanting to partake in mosque activities, F. Tahir took her sister to the mosque and as they were having a good time, F. Tahir started to notice unwanted stares and a woman scooting herself and her daughter away from them.

Tahir and her family truly felt unwanted at the mosque when a woman once told Tahir’s mother that she didn’t need to bring her special needs daughter to the mosque because it was not obligatory upon her and as a result, her family suffered from not being able to attend community events.

Such was the story of executive director of MUHSEN, Joohi Tahir and her family before she helped establish MUHSEN (Muslims Understanding and Helping Special Education Needs) three years ago when the organization, aimed at making communities a more welcoming place for people with disabilities of all kinds, was founded.

Access to normal day or normal Muslim activities isn’t always an option for special needs families. Leaving behind their loved ones or being unable to join leisure events is the case with most families with disabilities. From the omnipresent resentment, to the rude comments to the stares, Muslim special needs families have been quietly banished from their mosques. Ousted from the heart of the Muslim community, these families found themselves affected by a disheartened, un-prophetic stigma.

Out of sincere love for their special family members, otherwise known as “people of paradise,” a few individuals made it their mission, after enduring hardships as well as lending each other an ear, to ensure these innocent individuals get the equal treatment they deserve.

“We were hearing from families saying ‘I feel the need to have a spiritual connection with my faith, but I can’t even go to the masjid (mosque) without someone staring at me or I can’t go without someone making a rude comment about my loved one. A lot of people, myself included, were unmosqued and we felt like we belonged there and have a right to be there. The masjid is the home of every single believer. We should be saying welcome and that’s what gave birth to the certification program,” J. Tahir said.

The interaction with a disabled individual is like a foreign encounter for most Tahir explains. The thought to be cursed, non-existent, unnamed members of society were unwelcomed due to a cultural baggage which made it taboo for individuals to talk about illnesses and disabilities. Silenced by the ignorance of society, the cry of special needs families for help and acceptance was never heard until Muhsen gave them a chance. Through Muhsen’s survey, families were opening up and admitting for the first time they had a child with a disability and wanted their children to be included in community activities.

“Now, by sharing awareness, by the organization, by building momentum, kind of building a family kind of feeling of support; saying that there are other people out there like you,  we’ve seen that stigma slowly being lifted. Is it gone? No. But our numbers are exploding…In Chicagoland alone there’s a need for four to five different support groups in different communities because we have so many people who are coming out now and saying ‘I need help.’ So that to me shows, Alhamdulillah, that the organization mission is working and people are gravitating towards it,” J. Tahir said.

Through awareness made possible by countrywide events and volunteer trainings along with accommodations made to meet each community and families’ unique needs, the disabled community was able to make their presence known.

“Because I have a child with a disability, I live on the other side of that fence. I felt the resentment, I felt the looks and the ‘Oh my god, what’s this kid doing.’ I’ve been through all of that and to see the community turn around. And the only change that’s come has been Muhsen. Alhamdulillah, Allah (God) swt is truly showering blessings on this project because it’s amazing the change we’ve seen,” J. Tahir said.

Living in Naperville for 22 years, J. Tahir never felt more comfortable in her community as she does now. Through Muhsen’s programs, including the rigorous Masjid (mosque) Certification Program, she saw her mosque, the Islamic Center of Naperville (ICN), turn and slowly lift the stigma into a place of acceptance. Muhsen’s masjid certification program helped the ICN community become a more accommodating and accepting environment by completing the silver, gold levels and onto becoming platinum certified.

“When Muhsen came along, it brought awareness and understanding that this community was lacking. For the past two years we have taken my sister to the masjid and many times opening without much thought. She is always greeted by many smiling faces, faces that understand and really want her to be there. Faces who have provided accommodations for her to be there. Faces who know how much my family missed out over the years and promise it will never happen again,” F.Tahir said.

Of the various volunteers in the ICN community, one particular person has been the voice and safe space of these unheard families. Heartbroken and touched by the stories of her good friend J. Tahir, Muhsen Volunteer Anjum Mohsinuddin decided it was time to lend a helping hand. It was Mohsinuddin who has turned the ICN community into the accepting environment it is today. Leading each Sunday Social Hour for special needs families and the Muhsen ICN Al-Falah Academy weekend school program, Mohinsudden works to treat each special needs individual as an equal counterpart.

“I was shocked that there are brothers and sisters that don’t have it that easy. So it really hit home and I sat there in this lecture crying nonstop…It was really sad to know that there’s this outlet for everybody but it’s not for everybody. So that was the minute I signed up as a volunteer for Muhsen. Muhsen was fairly new…I went and spoke to my masjid leads and I said you know there is a part of this community that is missing, and from then on we started inviting. It was like an invitation to come to the mosque; the mosque will welcome you,” J. Tahir said.

Mohinsudden works to give equal treatment for all whether abled or with a special need, she strongly believes everyone should have the same access to activities whether it’s reading the Quran, going to the museum or going skydiving she explains.  Safeguarding each aspect of the Prophet Muhammad’s life, Muslims have thousands of authentic sayings from the Prophet (pbuh) including ones about meeting the needs of disabled people. Muhsen is in the works to revive this prophetic tradition.

“What happened to the Sunnah of the Prophet (peace be upon him)? How was that forgotten? So that’s what Muhsen’s trying to do; bring about that Muslims do understand and we should be educated and we should understand that everybody in whatever spectrum of life you’re in, needs to be treated equally,” Mohinsudden said.

Thanks to her, J. Tahir can now bring her autistic child to the mosque in Ramadan knowing that mosque leaders will have already thought ahead to include a special buffet just for special needs families with no wait.

“They’re getting included; they’re becoming emerged in all the activities…ICN was the first one to say we have to accommodate our special needs families. So they’re accepting of the fact that these people are there, they’re thinking of them, they’re thinking ahead…To me that’s acceptance. When you’re thinking about these families and you’re planning for these families and for Eid salah, they’re already thinking ahead …So much beauty that comes out of it and communities become generally overall more accepting,” J. Tahir said.

The goal of Muhsen at the end is simply acceptance; acceptance of a unit of society who remind us to be grateful for our faculties and give individuals a chance to be rewarded.  The masjid certification is much more than a mere checklist of accommodations. To those special needs families, finding a wudu (ablution) station made for someone in a wheelchair or a special needs Eid prayer at a mosque, showed, in time, that the masjid was made for them too.

The presence of Muhsen is like no other. Muhsen is the only one of its kind to welcome all spectrums of disabilities and is willing to accommodate each individual’s needs as requested. From sign language interpreters, to subtitles, and even braille Qurans, Muhsen works to fulfill the over 80 communities across the country who have reached out from the organization’s survey.

“It’s very custom. It’s not one size fits all. It’s about what the community wants. And that’s what we’ve been providing,” J. Tahir said.

The commendable work by Mushen, Tahir and Mohsinuddin has only ever been a sincere effort to please God and revive the prophetic tradition of making all individuals, specifically special needs, inclusive to the community, leaving no Muslim behind.