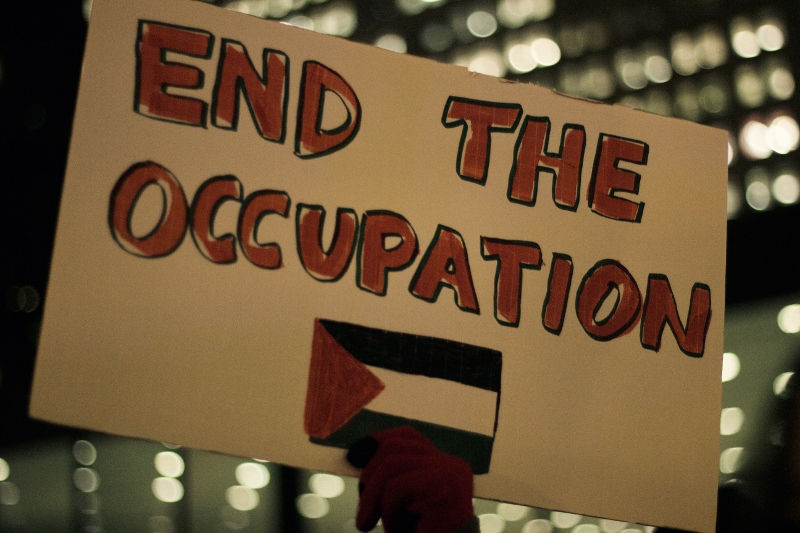 Around two thousand demonstrators were heard chanting “This is not acceptable, Jerusalem is our capital” throughout the streets of Chicago downtown during a rally organized by the Chicago Coalition for Justice in Palestine (CCJP) Thursday evening. Donald Trump recognizing Jerusalem as Israel’s capital prompted Chicago organizations to protest the president’s declaration.

“We are here today to send a clear message that Donald Trump and the US administration that no inch of Jerusalem belongs to Israel. We’re here today to make sure the American public understands that East Jerusalem is under a brutal military occupation and the occupation is against international law,” speaker and attorney Tarek Khalil said.

National coordinator committee member of the US Palestinian Community Network and co-chair of the CCJP Hatem Abudayyeh said Trump has no respect for the rule of law, the international l community and the American people as world leaders and organizations do not recognize Israeli sovereignty over Jerusalem and had warned that any declaration in this matter will alter chances at a peace plan for the Israeli-Palestinian conflict.

“I don’t think that the peace process was going anywhere anyways. I am concerned about the decision because I believe this is Trump’s attempts to try to consolidate Israeli control over all of Jerusalem and ultimately over all of Palestine. That’s the dream of the ultra-right,” Abudayyeh said.

The image of the Palestinian spirit was reflected in the unfolding of a 70 ft long Palestinian flag that demonstrators proudly held high through the streets.

“…I am confident that the Palestinian  people will resist this and it doesn’t matter to us as Palestinians in the Diaspora or our brethrens in Palestinian what Trump does because we are going to continue to fight and resist to uphold all our rights including the right to have our capital in Jerusalem,” Abudayyeh said.

Jerusalem remains one of the core issues in the Israeli-Palestinian conflict with the city representing three major religions. For decades, since the 1947 UN Partition Plan, a two-state solution has been the international community’s goal. However, both Israelis and Palestinian claim that the part of the city or the entirety city is their capital. A peaceful solution lies in the question of borders, settlements and refugees.

Trumps’ recent comment on the conflict has indicated a position in a one-state solution.

“I’m looking at two-state and one-state, and I like the one that both parties like … I can live with either one,” Trump told reporters.