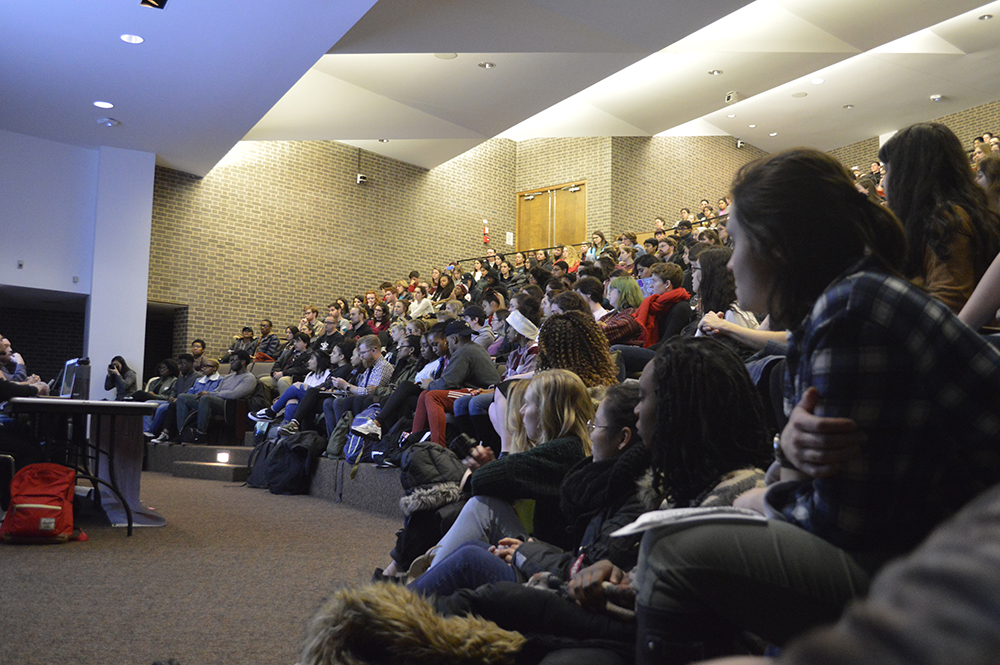 In the wake of an incident of racially profiling of students by Campus Police, the Loyola University Chicago student body has been up in arms to stand for justice for black and brown students.

On Saturday, February 24, students protested the construction of a new athletic facility. At the same time, Loyola Campus Police apprehended two black men for allegedly scalping tickets inside the Damen Student Center, according to University reports.

Two students, Alan Campbell and Paloma Fernandez, asked the Loyola police officers why they had stopped to search the two men. In the aftermath, shown by video footage taken from another student’s cell phone, three Loyola police officers pinned Campbell to the ground and handcuffed him. When Fernandez inquired why they were treating Campbell with such force, another officer took her by the collar and forced her against a wall. According to campus police, Campbell and Fernandez had interfered with their investigation, though both students deny those allegations. Campbell was arrested and was held for approximately 45 minutes before being released. 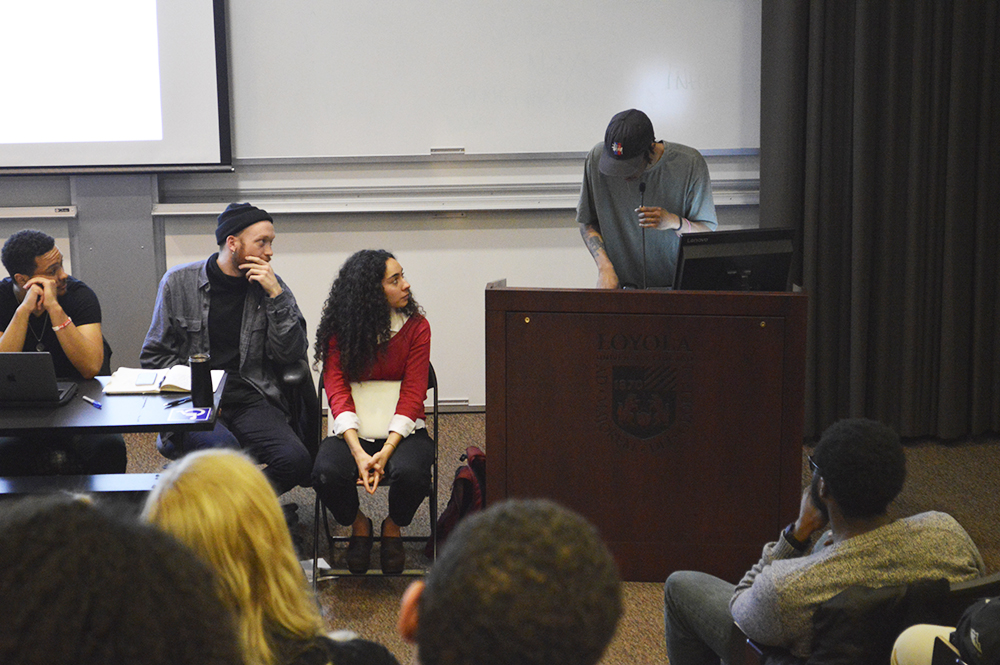 Since the incident, students staged a class walk out on February 28 and created an online petition that has since received over 1,500 signatures. The petition demands justice for police brutality for all students of color at the university. The university itself has issued statements which confirm investigation into further details of the altercation as well as recognize that more needs to be done to protect minority students.

On March 1, students organized for a Town Hall meeting to discuss the situation, address its racial motivation, and officially and publicly state their demands. There were over 300 people in attendance; Loyola students, community members, alumni, students from other universities, employees working during the basketball game that day, as well as three members of the university’s administration including Will Rodriguez, the Dean of Students, and two Assistant Deans of Students, Tim Love and Kimberly Moore were all in attendance. 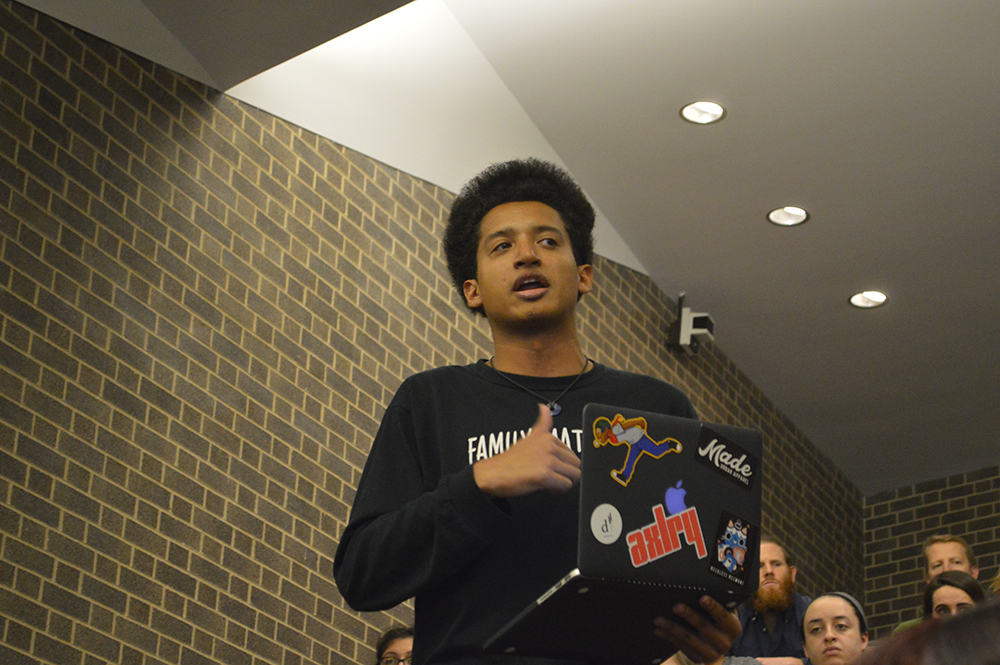 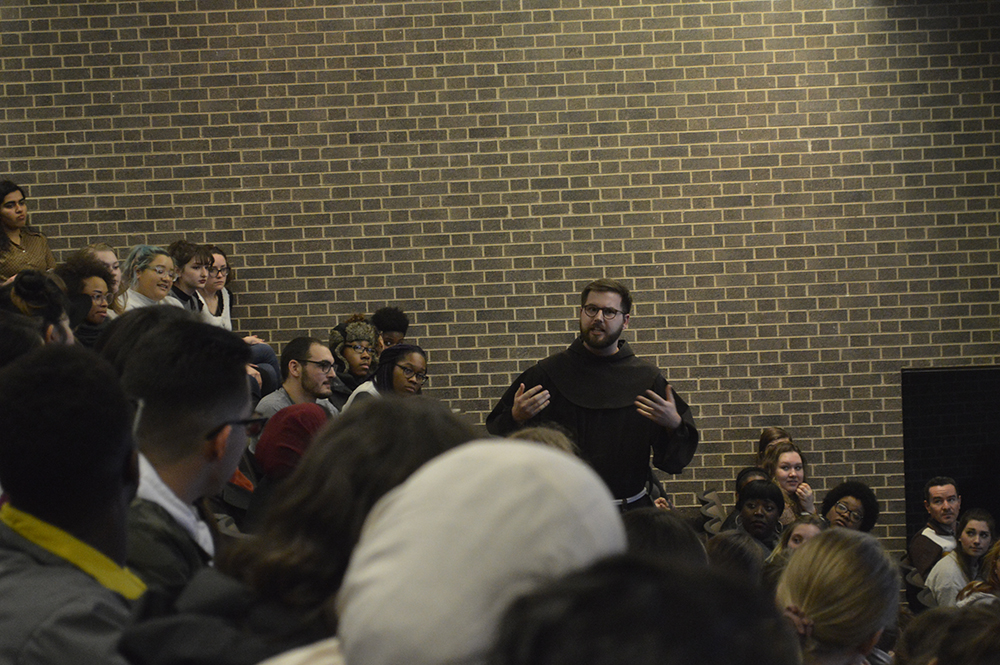 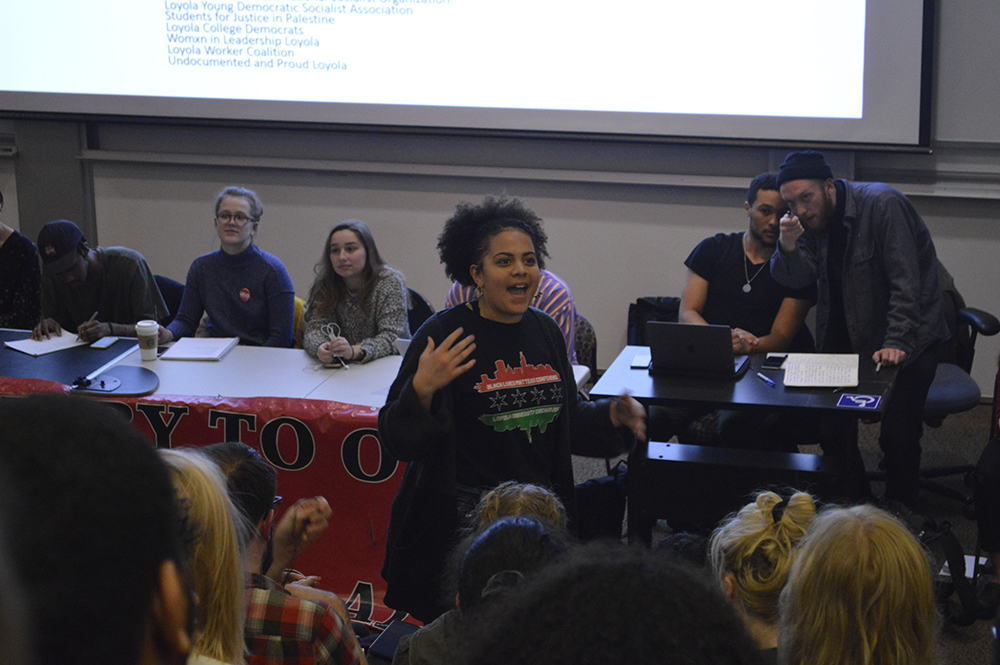 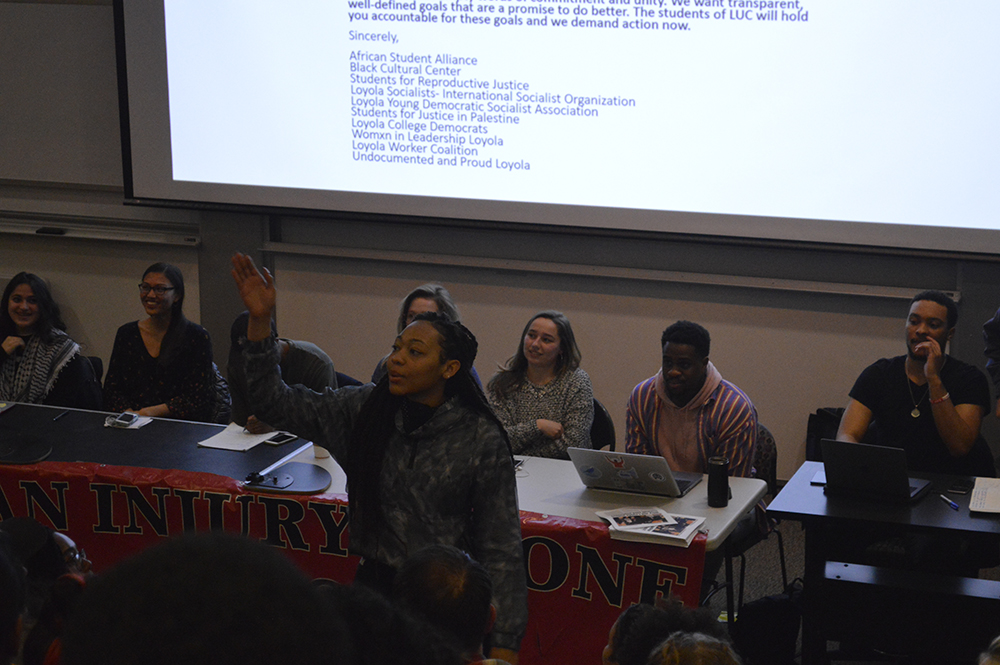 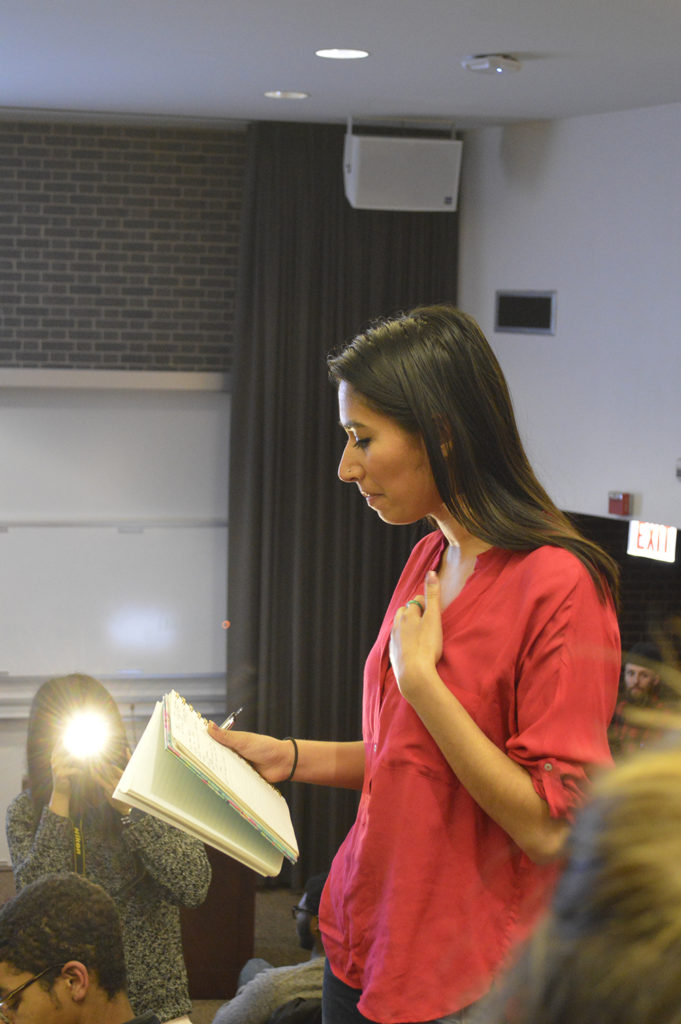 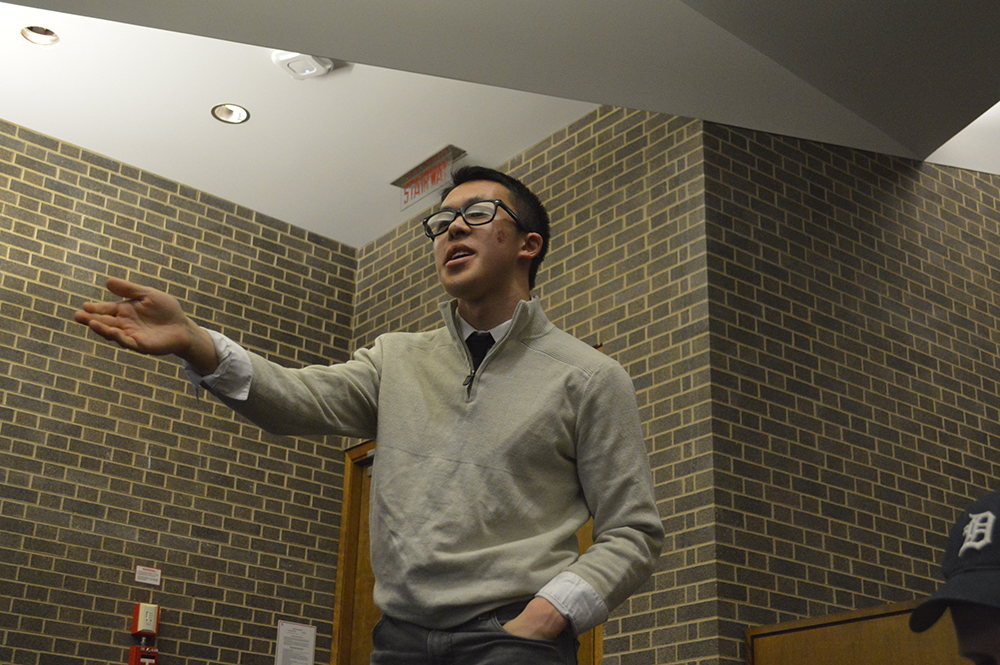 Students listed their demands which are listed as follows: 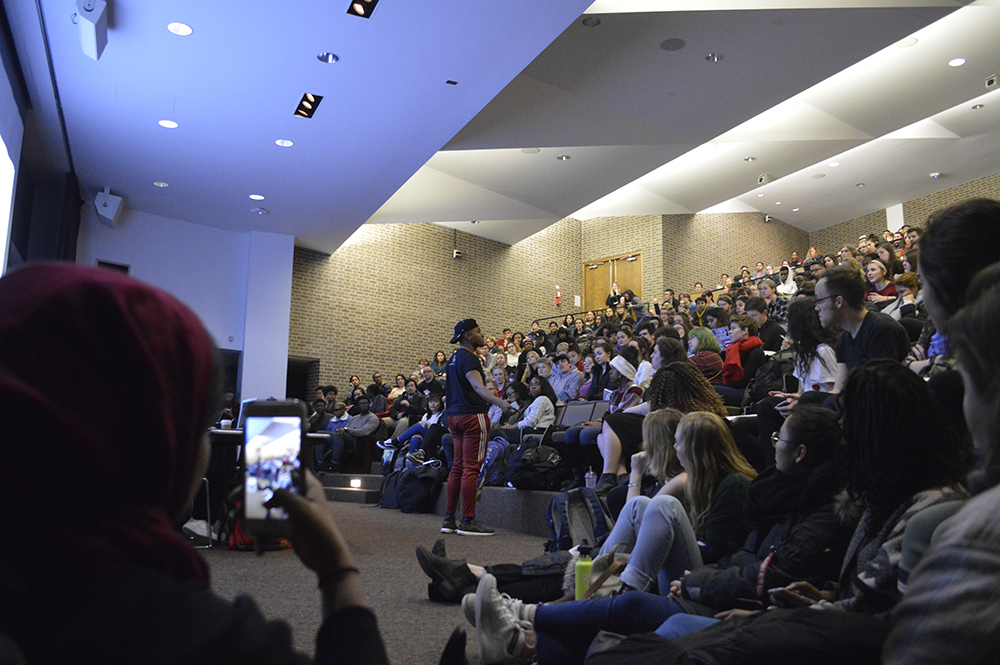 In addition to the Town Hall meeting, students organized an emergency movement for Friday, March 2 to bring these issues directly to the President’s office. Students plan to continue to organize after returning from the University’s spring break, March 3-11.