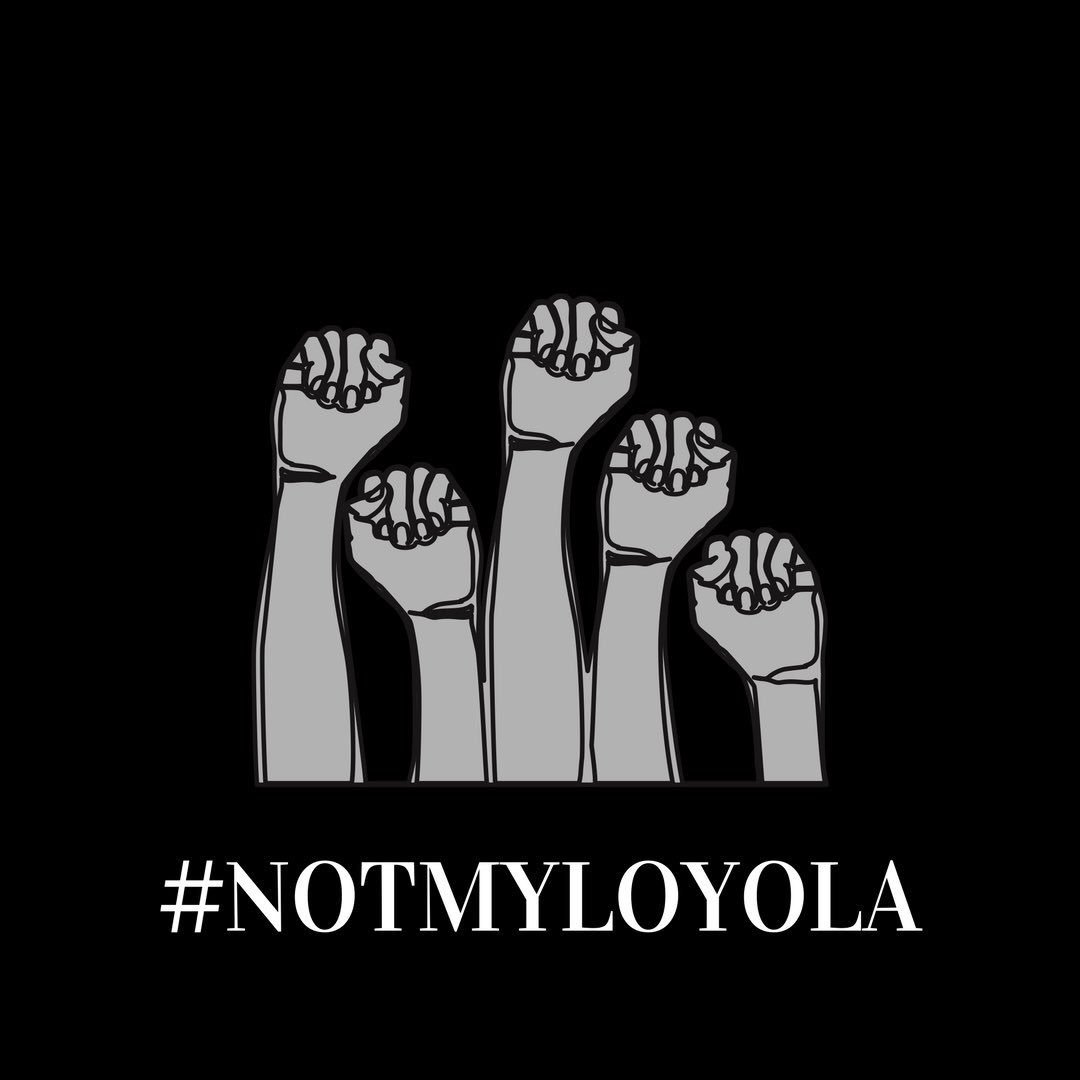 In the aftermath of an incident of racial profiling by Loyola University Chicago’s Campus Police, along with the aggressive mishandling and arrest of two students of color, a group of student organizers have begun a movement entitled #NotMyLoyola to hold the police accountable and bring justice to students of color who have been profiling and attacked by Campus Police. Students have made numerous efforts to make their voices heard on this issue, including a class walk out, a petition with nearly 2,000 signatures, and a town hall meeting on March 1. Their planned next step was to get the Loyola administration to meet with the students in order to address these issues and prevent them in the future.

Two Black students were racially profiled and publicly assaulted by Loyola’s campus police. This is unacceptable and we will be retaliating. Share this so Loyola won’t be able to bury it. pic.twitter.com/9jyiN6ePed

Initially, the President of the University, Jo Ann Rooney, offered to meet with the movement on March 12, but many refused this meeting as some organizers believed this meeting would not be open and transparent to the public, as well as turn into a conduct meeting rather than a negotiated settlement. However, both parties were able to come to a common ground, and leaders of the movement were able to meet with the President on Tuesday, March 27. Though details of the meeting have not yet been made public, Rooney has made statements that the administration plans to continue strategic communication with these organizers, including another meeting in the near future to address their concerns and demands.

A student activist reads a list of demands at the #NotMyLoyola protest outside the office of Loyola’s provost. pic.twitter.com/STQOhVPtEa

In addition to these meetings, Rooney has made statements that the university will implement a body camera policy for all Campus Safety officers beginning in the fall semester of 2018. In addition to purchasing these cameras for the police officers, Rooney has stated that there will be a police training curriculum, entitled “Policing at the Speed of Trust,” as a retraining process for Campus Safety.

Most recently, the university has hired Hillard Hientze, a police and security consulting firm to do an unbiased investigation into the incident. According to Loyola’s student-run newspaper, The Phoenix, Hillard is a national firm that has investigated a number of bias, racial, and misconduct issues in police departments all over the United States. A task force will be created consisting of faculty, staff, as well as students from student government and multicultural clubs from Loyola and other universities. Based on this information, Rooney has indicated that there should be findings based on this investigation submitted by the end of April.

The university stands by their original statement that this original incident was not racially motivated, and rather, about safety for the student body.

Why are so many innocent Muslims labeled as terrorists?