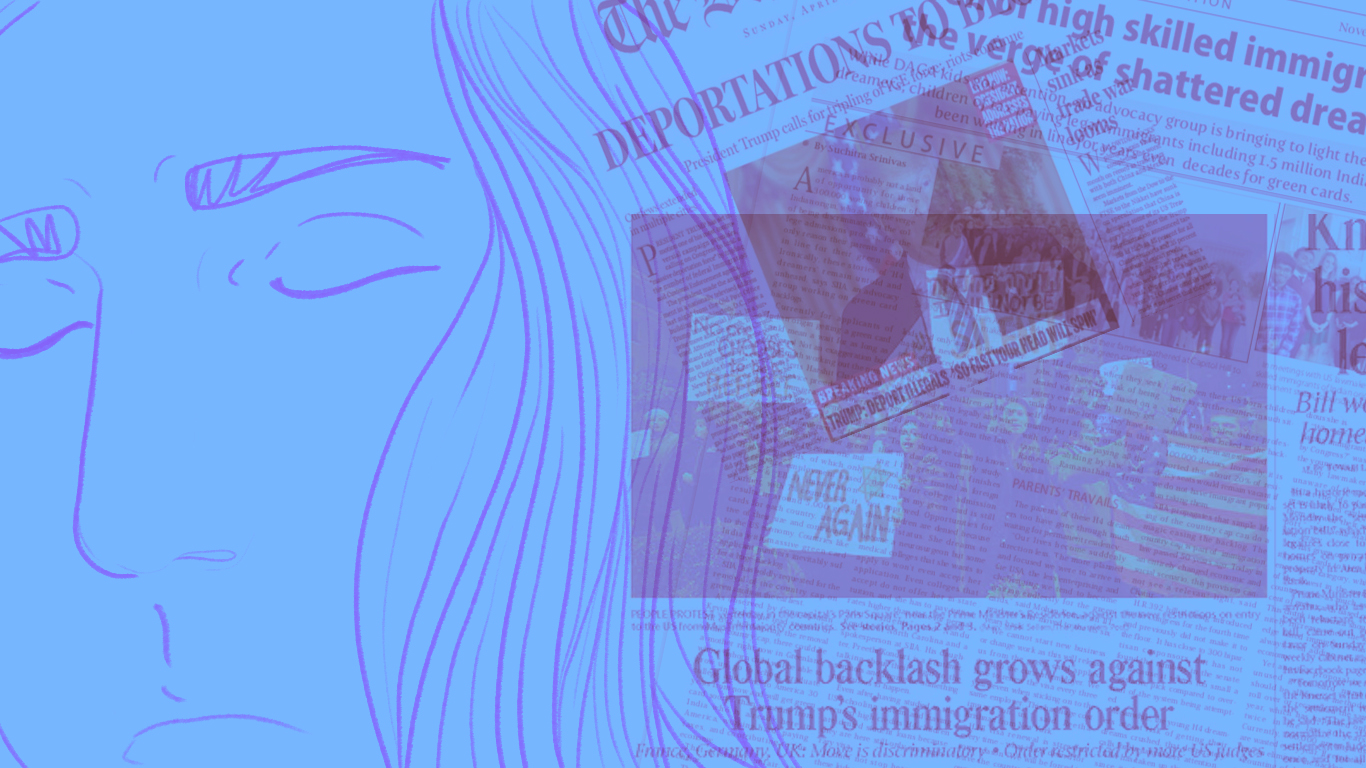 “Your family immigrated legally, you did it the right way.”

Yes, my family made it here legally. They went through the loopholes, the heartbreak, the fear, and, in their case, the relief of obtaining American citizenship. And when they describe that process now, it sounds awful and, quite frankly, arbitrarily idiotic.

My grandparents and parents, for all their efforts, were not let into the United States because of they followed the process and all its requirements. They were not given citizenship due to their outstanding academic or economic qualifications. And, they were not given citizenship because of their hard work and legal toiling. In the end, they were admitted, not based on any discernible measure, but on luck and the compassion of a stranger.

Thirty-odd years ago, my mom and dad came from Singapore to University Wisconsin-Madison on student visas. My mother’s parents, seasoned entrepreneurs who had built their own international shipping company, had connections in the state and hoped to move to the U.S. to join my parents and find better services for my uncle, who has cerebral palsy and is wheelchair bound.

With the help of a family friend in Oshkosh, Wisconsin, they began the citizenship process in the hopes of ensuring his long-term treatment. They submitted their application, completed the interviews with various immigration officials and then, they waited. The waiting lasted for years on end. While my parents eventually gained citizenship due to their prior statuses as students, my grandparents remained in legal limbo for almost 20 years.

Although they were middle-class, well-educated, and small business owners, the primary justification of why they were not given full citizenship was the very reason they came in the first place: the official overseeing their case believed that my uncle would be “a burden” to the United States and delayed their application indefinitely.

“Well, your family was let in because they earned the right to be here.”

It only seemed like pure luck that their current case manager as also on the edge of retirement, and was soon replaced with a younger attorney. Mildly more sympathetic than his predecessor, he streamlined their applications, allowing my grandparents and uncle to take the oath and complete the citizenship process the following year.

In retrospect, my grandfather touts their entry and success thereafter as proof that the American dream is alive and well, cementing the Stars and Stripes as something that I should pledge my unwavering allegiance to. Even in the face of systematic racism or blatant discrimination within the immigration system, my grandfather would gently remind me that we should not be complaining. We are a sign that the system can and does work, and we should be grateful for the opportunities we have now.

But I feel that his sense of gratitude is misplaced. I’m grateful towards my grandparents who stayed dedicated and undeterred in the face of perpetual limbo. I’m grateful for that empathetic lawyer who saw my grandparents as people rather than economic resources. However, I’m hard-pressed to accept that the immigration system is even functional, let alone effective, because, without chance intervention, it would have failed us.

“You understand, legal immigration is hard for a reason; we want the best, brightest, and productive to come here.”

Based on what Americans describe, I would argue my grandparents as their “the ideal immigrant”: hardworking, economically independent contributors to the system. My grandparents were financially able to sustain themselves through the waiting period and continuously comeback to the United States to meet with immigration officials. They had the social connections to help navigate the complex bureaucracy and help establish themselves within the country. They had the luxury of knowing that not gaining citizenship would not put them back in a dangerously precarious situation. They were nearly denied entry anyway because they believed that a member of our family in need of care would be too much of an economic burden.

Immigration is never as simple as individuals freely moving from place to place. But simplifying the problems at hand by advising immigrants to come “the legal way” purposefully ignores the realities of how arbitrarily difficult that system is, even for those with the resources to properly make the attempt. Furthermore, that difficulty does not deter potential migrants from coming into the country, but incentivizes them, understandably, to explore illegal options.

My grandparents made it through the process, and in the end I believe they did achieve what we see as “the American dream”. But I advocate for immigration reform because that dream rested precariously on a system that showed that the “legal way” to immigrate is not always the right way.