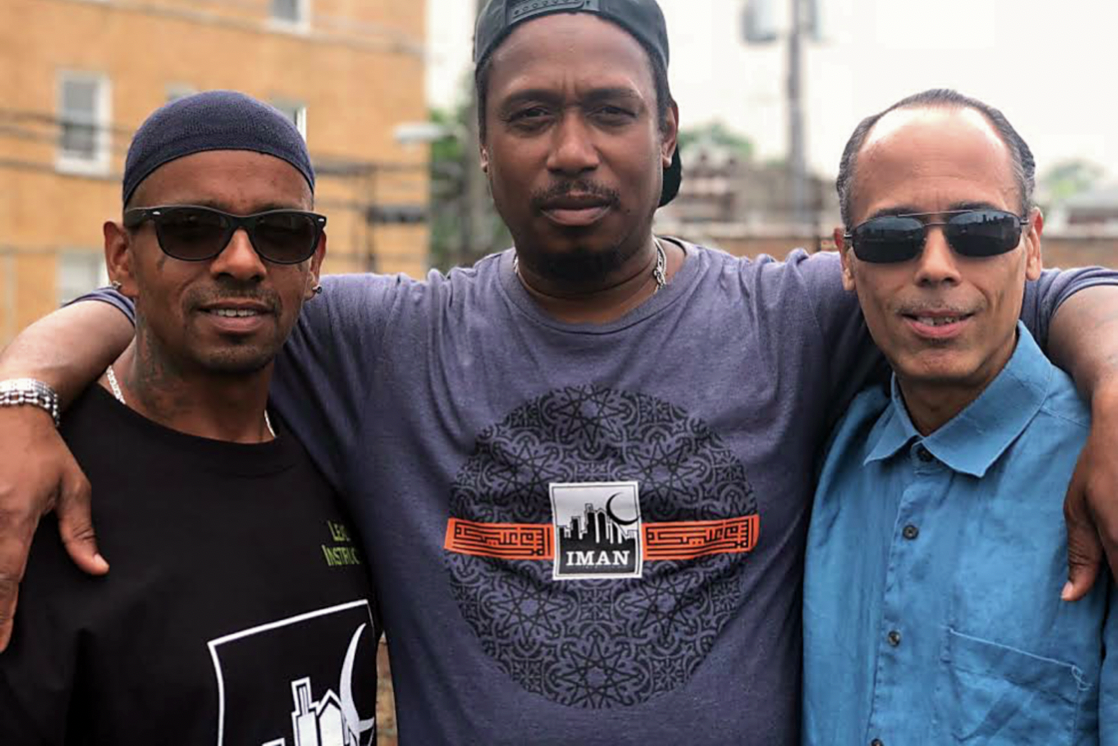 For as long as we can remember the incarcerated community has been dehumanized for their rightfully, and wrongfully accused acts. Society fails to recognize the more complex side of their discrimination: religious injustice behind bars. Religious discrimination amongst the incarcerated population has become bitterly common, yet completely overlooked for some time now. The lack of awareness on this issue throughout different communities has made it difficult for any forward action to take place and I wish to explore it more in depth.

The Chicago Monitor visited the  Inner-City Muslim Action Network (IMAN) office, a non-profit organization that focuses on advocating for social issues that are affecting communities of color residing in Chicago’s South Side, to discuss discrimination amongst inmates more in depth. I was given the opportunity to interview three men involved with the Green ReEntry program, which serves to help formerly incarcerated individuals with adapting to society upon release. Each came from a distinct background with a different story:

Brother Michael Nasir Blackwell, the community organizer at IMAN, was first introduced to Islam when he was on death row. A group of Muslim brothers were drawn to the positive attitude he embodied regardless of the dismal atmosphere surrounding him. Brother Nasir had zero knowledge on Islam prior to incarceration, but was always fascinated by its simplicity. During his 18 years of practicing Islam in prison, he couldn’t escape the religious discrimination most Muslim inmates face while incarcerated.

Brother Kevin Mujahid Hamilton, the Technical Assistant to the Manager of the Green ReEntry program, converted six months before he was incarcerated. Initially intrigued by the demeanor of a brother who shared Islamic material with him, he was “hooked” ever since.

Brother Mario Mujahid Navarro, the Carpentry Instructor of the Green ReEntry Program, also embraced Islam while incarcerated. The call of the adhan, Muslim call to prayer, that a brother next to him made every morning caught his attention. He wanted to learn more. “It made more sense to me, you know, the way of life.”

Nasir, Hamilton, and Navarro agreed to share their experiences as Muslim inmates—stories of hate, inequality and struggle, along with faith and resilience. Their narratives drive individuals to conquer the injustices that exist within our country. While examining their personal accounts, set aside preconceived notions about the incarcerated community. Pay attention to the bigotry that exists behind bars.

The strength and passion these men instilled within their faith was awe-inspiring, despite living in such horrid conditions:

“[For] the prayer rugs […] when you’re trying to get one, it comes up missing or the correction officer walks all over it with their boots,” Brother Nasir stated.

It was difficult for me to understand what pain our Muslim brothers endured from being isolated from the ummah, along with being denied the rights of practicing their religion. Brother Navarro described how inmates would “…get shook down every day, harassed. They [would] go through your Qurans; sometimes, some guys—the officers—even threw them on the floor as they patted them down…” As a Muslim woman free to practice her religion, I was unable to connect on a personal level, but I wanted to hear more.

The discrimination faced by Muslim inmates unfortunately takes place year-round. However, it seems to be quite heavy during the month of Ramadan, when Muslims abstain from eating and drinking from sunrise to sunset in efforts to improving in their faith.

There is a list for individuals who wish to receive special conditions to make fasting more accommodating during the 30-day period of Ramadan, Brother Nasir explained. Brother Hamilton spoke to the fact that at certain facilities you would have to go through a screening process in order to get your name even on the list. He “had to prove to [the prison personnel] that [he] was sincere with [his] iman (faith) just to go to jummah services (Friday prayers)”.

“How can someone that doesn’t understand what I believe gonna tell me, gonna dictate or adequately assess what’s best, my faith, level of iman,” questioned Brother Hamilton. On the contrary, it was very easy to be removed off the list. For instance, being a minute late for an early meal would throw an inmate off the list. The list in a way served as a barrier for Muslim inmates to practice Ramadan to its full potential.

I couldn’t help but think of whether their Christian or Jewish counterparts were victims of the same discrimination and maltreatment they were facing from day to day. From these specific accounts, it seemed as though practicing Christianity and Judaism was quite simple, and even encouraged. What assured me of this was the delight in their voices when speaking of the celebratory environment during Christmas time juxtaposed with the disappointment in their voices when remembering the lack thereof during Eid.

“They used to pass out presents to everyone in the institution, gift bags. Christian organizations brought like shampoo, blankets, oranges, apples…,” said Brother Nasir. But for Eid, no volunteers could send in food, not even dates.

The administrators would respond by saying “Islam does not enforce the fact that you have to eat dates.” Everyone received a luxurious gift bag donated by various Christian organizations on Christmas morning, regardless of the inmate’s faith, but a celebration for Eid was unheard of.

This inequity persisting through the walls of jail cells is a major flaw that continues to taint our criminal justice system.

“Just to have Al-Islam placed on the back of your identification card”… sets you apart from the rest of the population,” Brother Nasir shared pointedly.

It is very apparent that prison administrators view Muslim inmates through a different lens, which is sadly not surprising “…with the [anti-Islam] language of today…”  “Ignorance, hatred and bigotry…” against Muslims has been deeply instilled in our society ever since the September 11th attacks—this narrative has yet to change. Brother Nasir reflected:

“This Friday— come this Friday, how many men and or women will be able to attend the jummah service, to hear a khutbah, to have congregational prayer…when they have the facilities for it? They facilitate for the Christians, the Catholics, the Jewish individuals, Jehovah Witnesses, right? They cater and attend all of their religious needs except for us.”

The brothers discussed the large hindrance Muslim inmates face when attempting to receive help from the outside community. The combination of frustration and hope in their voices when speaking on the lack of responses from local Muslim advocacy organizations was hard to hear.

Majority of our current society still believes that all prisoners deserve the punishment they receive for committing a crime. The Muslim community amongst many has still yet to grasp the importance of advocating for the incarcerated population. According to a 2012 Pew Research Forum survey where 50 prison chaplains were interviewed, about half stated that Islam was one of the fastest growing religions within most facilities. Unfortunately, they stated that Muslims are also one of the most underserved populations. Many individuals are either unaware of this statistic or choose not to take part in the solution. Brother Hamilton expressed:

“I just like to see the statistics. How many Muslims came out radicalized and caught up in something? You know what I mean? I just look at ‘em around  [the IMAN Green Reentry Program], most Muslims come up in here. I’ve been out almost two years. This is where we are, this is where we work at. This is what Islam looks like, you know what I mean? For a prisoner, Islam is an active religion that’s about servitude to humanity….”

It’s our job as individuals that have knowledge of this issue to conquer those stereotypical beliefs by spreading awareness. Stories of individuals like Brothers Nasir, Hamilton, and Navarro prove that incarceration is a Muslim issue. Educate yourself by listening to stories like theirs and find a way to organize events to build awareness. The numerous barriers Muslim inmates face in an attempt to ask for help should only encourage us to fight the system even more. When will we finally realize that a problem that affects part of our humanity is a problem to us all?

“Everybody has to look at things from this perspective, everybody is either your brother or sister in faith, or your equal in humanity….”(M. Hamilton)