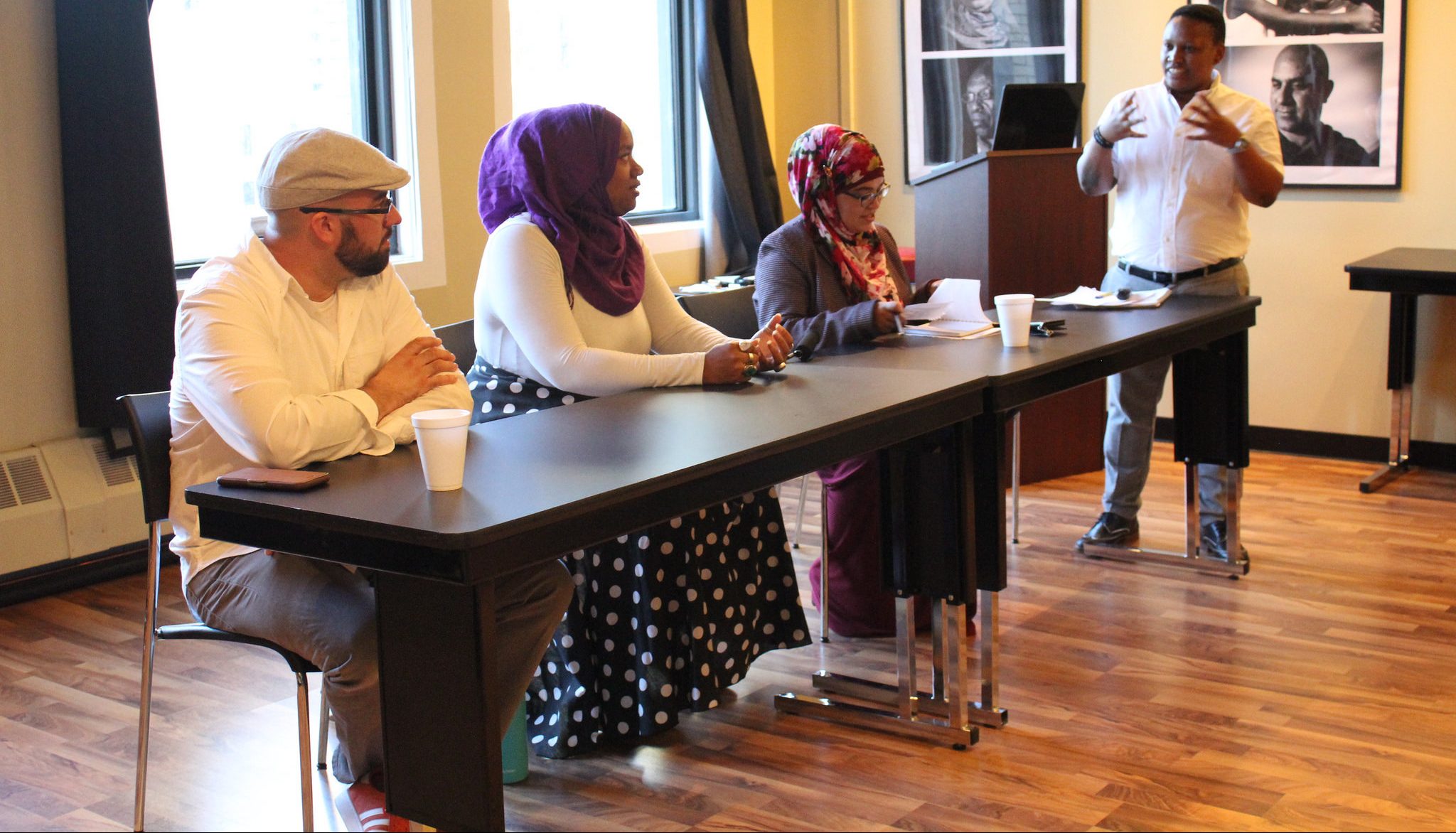 Media outlets today are increasingly populated with content regarding the general perception of Muslim-Americans in Trump Era politics. This past week, the United States saw the seventeenth anniversary of the September 11th attacks, and for all the tragedy the country faced on that day, it’s clear that Muslims are still being blamed for its devastation.

As a result, the Muslim-American community, for the past seventeen years, has been working to humanize themselves in the eyes of those who so vehemently blame them for the world’s violence. Websites such as Muslim Girl have popped up. Mona Haydar, a Muslim-American musician, released a song in 2017 entitled “Hijabi,” embracing and exhibiting the headscarf that many Muslim women don. In this past year, Khaled Beydoun published his book, American Islamophobia, in which he explores the roots of both private and institutionalized Islamophobia.

In short, Muslim-Americans have worked tirelessly to dismantle the Islamophobia that’s been plaguing their lives.

But, can Muslim-Americans address the bigotry behind Islamophobia without addressing what’s happening in their backyards?

Muslim-Americans are well aware of the anti-black, anti-Latinx, queerphobic, class, sect, and conversion discrimination that are the skeletons in the mainstream communities’ closets. Some mosques are avoided, racial lines are tightly maintained, and relationships are severed due to the prejudices the Muslim-American community holds. In February 2016, two black, teenage, Muslim boys and their Christian friend were murdered in Indiana. The tragedy took place almost exactly a year after the Chapel Hill murders, which, rightly so, brought about public outcry from the Muslim-American community. In the case of Indiana, there was no outcry that compared.

So, how should the Muslim-American community, in no way a monolith, work to remedy these deeply-seeded prejudices? To begin the discussion, Muslim organizations have begun to come together address the deconstruction of such mindsets.

On September 10th, 2018, Muslim-American civil rights group CAIR-Chicago hosted a panel, partnering with representatives from IMAN, Islam in Spanish, and Masjid al-Rabia, to discuss how to make the Muslim-American space more inclusive for marginalized communities. The panel discussed, without a filter, what exactly was the problem with the mainstream Muslim-American community.

“What I find,” Diana Cruz, of Islam in Spanish, said, “is the mainstream community is unwilling to help. I have many Latina Muslim women who can’t even get a wali to help them find a Muslim husband.”

Cruz referred to the chaperone needed to facilitate discussion between a possible matrimonial pairing, in order to keep the dynamic halal.

“And when they do get married, they’re not given their Islamic rights, such as a dowry, because they’re converts,” she continued. “I was denied Zakat while other members of the community received donations.”

Cruz then talked about how the Muslim-American community expected Latinx converts to adjust to the hegemonic ethnic culture that permeates shared Muslim spaces.

“I want my kids to be proud Latinos and Muslims. They should not sacrifice one for the other.”

Zaynab Shahar, a theologian at the Catholic Theological Union in Hyde Park who works with Masjid al-Rabia, echoed Cruz’s concerns.

“I decided to change my name because people undermined my academic qualifications on the premise that I am a convert,” she explained. “I shouldn’t have reiterate that I’m pursuing a Ph.D [for my knowledge on Islam] to be credible.”

Aaron Siebert-Llera, of IMAN, pushed further into the conversation.

“You cannot begin to address Islamophobia if you don’t look at the racism in your backyard.”

Lesego Thlwale, a CAIR-Chicago Mandela Fellow from South Africa who mediated the panel, then posed a poignant question: how do we make our spaces more inclusive?

“If we’re fighting for the same rights, even if you aren’t queer or black, acknowledge we have a common goal and work with us to reach it,” Shahar answered.

“We’re here waving our hands, telling you that we’re here, so take advantage of that. Include us in your programs,” said Cruz. “If you’re giving Islamic workshops to a predominately Latino community or diversity workshops in your community, invite us. We’re here, too.”