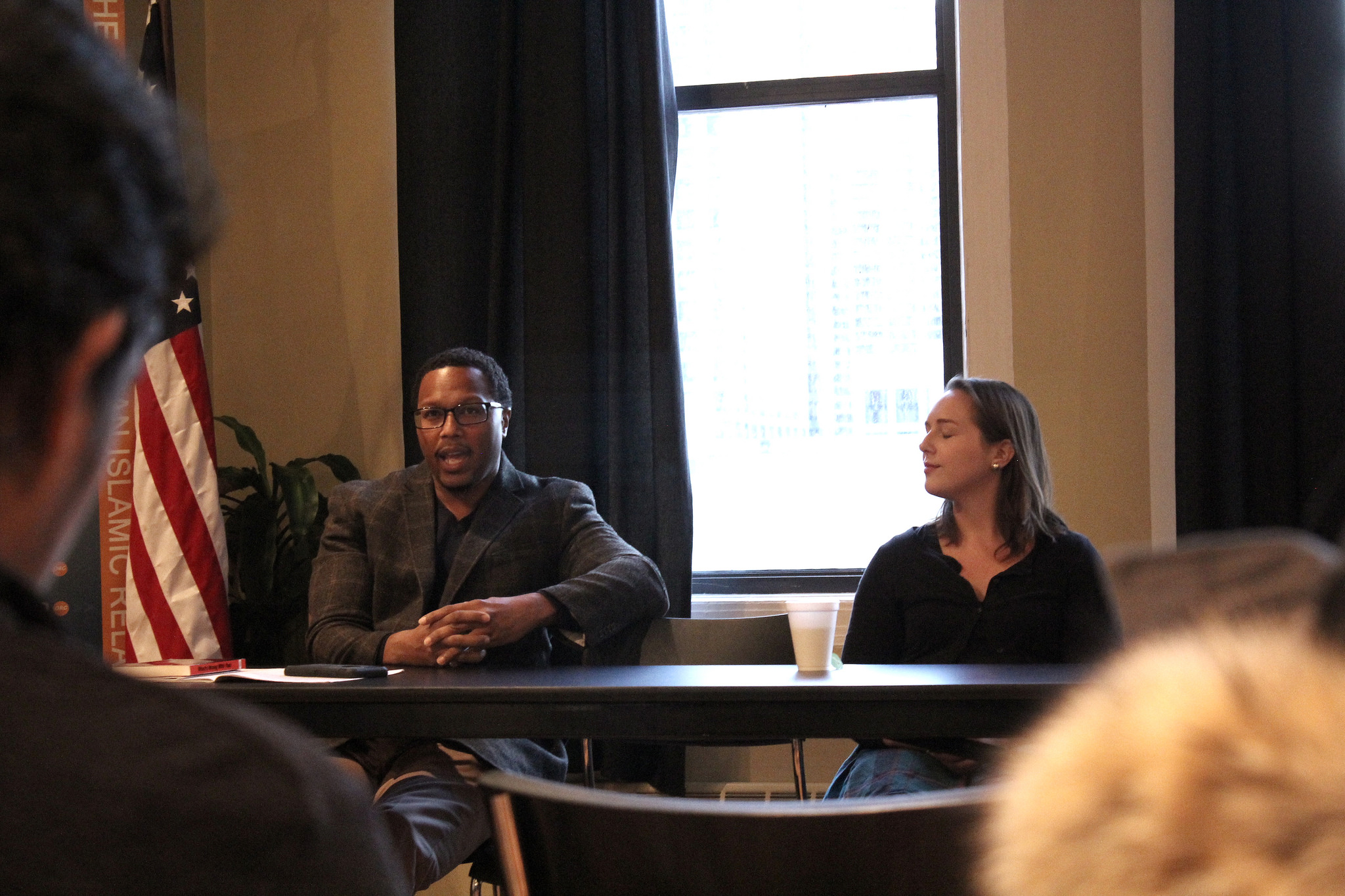 All conflicts come down to relationships, whether they involve two individuals, an entire community, or our relationship with the natural environment. Restorative justice deals with conflict in a way that addresses the underlying causes of the conflict by focusing on the relationships. Omar Yamini, peace circle facilitator, reflecting on his personal experience in prison, explained that most incarcerated men are in prison because of a snap decision. The actions that result in life altering sentences are not typically premeditate and planned, but rather an immediate reaction based on an emotional response. The RJ practices he utilizes in peace circles with students help young people with their impulse control.

Restorative justice is a way of being with each other that has historically existed in indigenous communities around the world. For Ramirez specifically, RJ is more than a tool for strengthening communities. It’s a form of cultural preservation. Returning to the teaching of these communities and honoring their practice is imperative to the integrity of the collective healing, we often associate with restorative justice today.

Using the native language is important because there are some words that don’t translate into the English language. “Hozho” is a Navajo word that refers to their complex philosophy system centered on peace, beauty, balance and harmony. It encompasses a way of living and a state of being and expresses the idea of striving for balance. Restorative justice is a modern Western term that strives for the same balance as Hozho.

However, as RJ gains popularity as an alternative form of justice, these practices have been adopted in traditionally regimented and constricting spaces such as the court room and classroom. Ramirez works at the first restorative justice community court in Chicago in North Lawndale. He said that implementing restorative justice within the legal field is an ongoing process. First, restorative justice seeks to dismantle the power dynamics of the court system which typically lead young people to plead guilty without any real accountability or understanding of the problem that landed them in court. Then, the RJ framework works with the young person who perpetrated the harm and their community to find a way for the harmer to take responsibility for the harm caused through an understanding of their actions on others, which leads to accountability. All of this, of course, is easier said than done.

Programs such as the RJ Community Court are only possible, if we shift our perspective of conflict from a problem in need of a resolution to an opportunity for transformation. Once we are able to see conflict as an opportunity to address underlying problems and change them, we are not only able to shift our framework of the conflict, but shift our understanding of justice as well. This framework, however, is completely counter to the normative perception of conflict. Our societal perception of conflict mirrors that of the legal field; conflict is something to be settled, won or lost.

Emily Prisuta, a member of Apna Ghar who works with people who have experienced gender violence, described the pushback her organization received when they started implementing a more RJ-centered approach. Many people just want tangible proof that the other person did something wrong, so they can take it to court and have it settled there, she said. Kannout had similar experiences with students who asked if they could just receive detention instead of addressing their wrong doing in a peace circle. These stories illuminated how punitive justice is regarded as an easier, more immediate response to a conflict. Yet many people are still searching for something more than this punitive system of justice. Across the board those who have experienced harm (which Kannout noted we have all experienced harm), are seeking two things; accountability and an opportunity to be heard.

According to Michelle, our current justice system is severely lacking in the fundamental principle of justice, accountability. She shared an example of three young white men who went to court for tying a noose around their black friend. The judge required the three men to write a paper explaining why their behavior was wrong, but none of them understood why their actions were resulting in a criminal court case. There was no accountability because there was no understanding or communication between the harmed party and the perpetrators of the harm.

Allowing the harmed party to be heard is an essential process of healing. At Apna Ghar, accountability often comes from empathic listening, Prisuta said. Before bringing the harmed party and the perpetrator of harm together to share and listen, Day listens to each party separately as much as possible to ensure they are ready to engage with one another in a healthy dialogue. Many youth either don’t have the space to be listened to or don’t feel as if their opinion or experience is being taken seriously by the listener. To break this narrative, peace circles provide an opportunity for storytelling and a sharing of experiences in a safe environment. Ramirez remarked, this results in a collective healing and often the first step toward accountability. Yamini shared an example of two female students who eventually shared in circle how they had been raped as children. They had never shared this information with anyone but felt comfortable enough to share it in the circle. The girls were moved out the homes with the men who had raped them and into a better environment.

Restorative justice, as a framework for being in right relationships, permeates all aspects of life. The panel concluded by suggesting individuals can start to use this framework in their daily life. Prisuta, challenged the audience to dig deeper in our understanding of conflict and in our relationships with one another. Ramirez emphasized that he can’t give advice because he can only speak from his personal experience, what works for him might not work for others. That said, he encouraged the audience to “have a listening heart.” Ultimately, the best way to bring restorative practices into your own life is to first it, said Yamini. Kannout agreed and encouraged the audience to take conscious actions in their personal life to open space for restorative dialogue either through a peace circle or other forms practices.