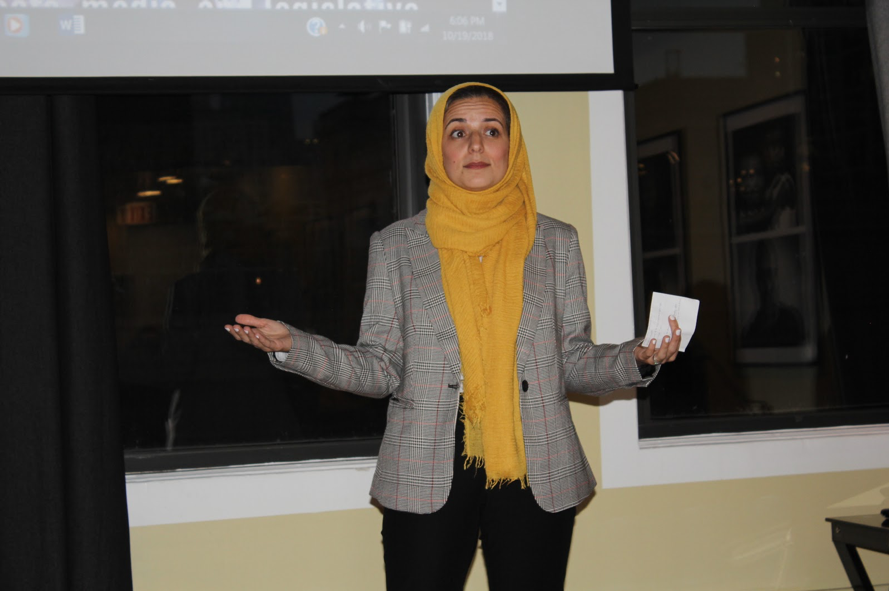 Arabs and Muslims: we are only 1% of the population in the United States, but it feels like we make up 80% of TV time. Interesting, right? For so long, Arabs and Muslims in Hollywood, on the news, and other mainstream media have been portrayed as barbaric, backwards, and bestial beings.

Movies like American Sniper have taken these images of Arabs and Muslims and depicted them as the instigators and agitators of society. This just reaffirms negative stereotypes and continues this false, yet strong association between Islam, Arabs, and terrorism.

This has been an image Arabs and Muslims are combatting throughout the United States in various ways. Just weeks ago, the CAIR-Chicago office held an event with award winning journalist and evening news anchor at WBBM, Mariam Sobh, to discuss this issue and suggest solutions.

The event began with Sobh speaking about her journey and her struggles as an aspiring television news anchor –how “as a Muslim and a hijabi, the odds were against me in becoming a journalist.” Sobh continued by sharing how there were points of frustration in her career that had been because of how employers negatively perceived her hijab, or headscarf.

The event continued with a discussion where Arabs and Muslims in the audience were sharing how they felt constantly misunderstood when watching the news. Moreover, this discussion allowed the audience to exchange thoughts and ideas on possible ways to help end the perpetuation of this stereotype, and offer tips to receive factual, dignified news.

So how can you help solve the problem? There are many ways: 1) By not supporting films and media articles that perpetuate this false representation; 2) educating yourself on Arab culture and doing your own research about what Islam actually preaches (not Fox News);  and 3) supporting Arabs and Muslims in the media!

These are some of the ways you can tear down this false narrative and be part of the solution and not the problem.