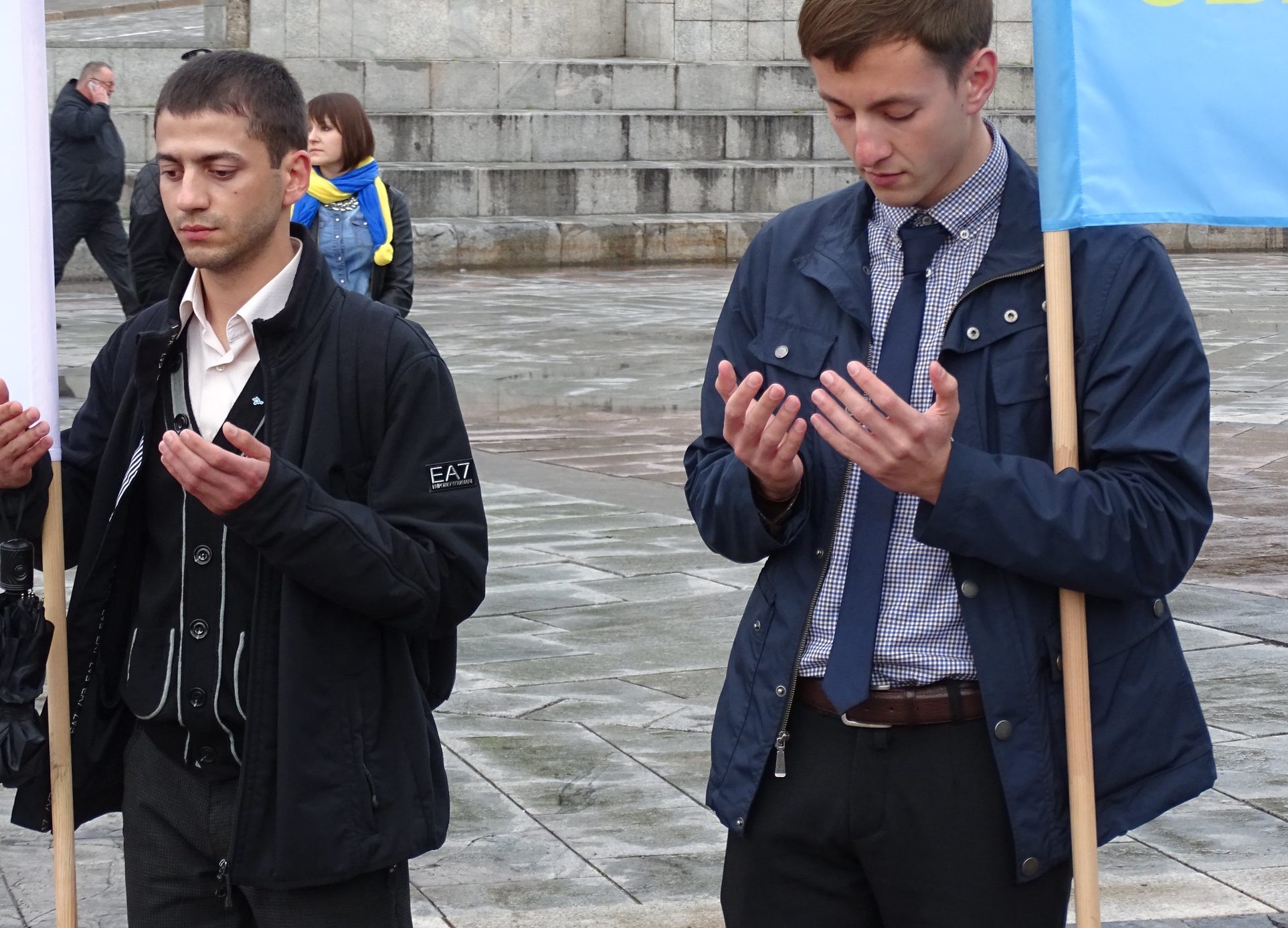 Since March 2014, when Russian authorities invaded and illegally annexed the Ukrainian peninsula of Crimea, the condition of human rights for the indigenous Muslim ethnic group, known as Crimean Tatars, has significantly deteriorated. While the world discussed Crimea, Russia, and Ukraine, the plight of the Tatars was vastly overlooked in the Western media coverage of the incident and by most other Muslim-majority countries.

Historically, the Tatars formed in the Crimean peninsula during the 13th-17th centuries. By the 1440s they had established their own state, the Crimean Khanate, as an Ottoman vassal state. They adopted Islam by the 14th century following the conversion of Ozbeg Khan of the Golden Horde. Their cities reached a high degree of development, including piped water, sewerage, and the construction of theaters and mosques.

The tragedies continued into the Soviet Union: In May 1944, the entire Crimean Tatar population was deported to the Uzbek Soviet Socialist Republic as a form of collective punishment. Many of them, if they had not died from starvation and disease, became forced laborers in the Soviet Gulag system. They were not allowed to return until the reform movements in the 1980s led by the last Soviet leader Mikhail Gorbachev. Regardless, the Soviet government did not facilitate their resettlement nor administer reparations for the stolen land and lost and displaced lives. Following the dissolution of the Soviet Union in the early 1990s, Crimean Tatar leaders founded a representative body known as the Kurultai, which aired grievances to the new Ukrainian central government, as well as an executive body known as the Mejlis of the Crimean Tatar People.

As soon as Crimea was illegally annexed by the Russian Federation in 2014, the Mejlis and the Kurultai were declared extremist organizations and their dissolution was ordered. The Mejlis’ Chairman Refat Chubarov and Crimean Tatar leader Mustafa Jemilev were both banned from entering Crimea until 2019. In the first six months after the annexation, Jemilev reported that 18 Crimean Tatars had already gone missing. Disbanding the Crimean self-governing bodies and exiling their leaders was a salient attempt at weakening their democratic leadership and political activity.

Muslim literature and media outlets, which were previously allowed under Ukraine’s jurisdiction, have also been banned in order to diminish both the religious integrity and freedom of information of Crimean Tatars. Several religious communities were raided, with many Muslim prayer books and books about Jemilev being confiscated and burned. Others have been fined for possessing books such as the Muslim prayer collection “Fortress of a Muslim” seen as “extremist” in Russia. Authorities also banned Crimea’s only independent TV news channel, ATR, and several other media outlets. A 2015 reregistration process overseen by the Russian media and telecommunications regulator Roskomnadzor reduced the total number of media outlets in Crimea by more than 90 percent.

The ability to freely attend mosques in Crimea became increasingly threatened. Mosques have been fined for not displaying the full name of their registered religious organization and for meeting without Russian state permission. Forty administrative prosecutions were brought against mosques in 2018, of which 28 ended in punishment.

Other tools of suppression include mass arrests of Crimean Tatars involved in political activism and conflating their activism with extremism. In October of 2017, four men were arrested on “extremism” related charges in Crimea. The four men met openly together in mosques to discuss matters of faith. The men admitted that they were adherents of a Russian-banned missionary group, telling the court they upheld its beliefs of conducting missionary activity among Muslims. However, they rejected any “extremism” or “terrorism” charges. After more than 15 months in pretrial detention, a 49 year old Crimean Muslim received a sentence of four years while the other three men involved received 2.5 year sentences.

By March 2019, the trend of blatantly arresting Muslim activists continued. Russia’s Federal Security Service raided the homes of and detained at least 23 Crimean Tatars for apparent involvement in another banned Islamic group. Members of the banned Crimean assembly, the Mejlis, attributed the raids to the upcoming Ukrainian elections this recent May. When Russia annexed Crimea, they demanded for all Crimeans to revoke their Ukrainian citizenship in exchange for Russian citizenship. Given that most Crimean Tatars had not obliged, this mass arrest was seen as a brazen act of intimidation against the Tatars whose leaders openly expressed support for the Ukrainian government.

At least 14 of the men arrested in March were members of Crimean Solidarity, a group that organizes legal support for Crimean Tatars arrested or prosecuted on politically motivated charges. United Nations reports claim that Crimean Tatars have been disproportionately affected by law enforcement: from January 2017 to August 2018, 90 out of 102 documented property searches or raids on Crimea affected Crimean Tatars. Even more recently, five more Crimean Tatars were arrested and sentenced from 12-17 years in prison for allegedly being members of the same Russian-banned Islamic this past June.

It is evident that Crimean Tatars have faced ongoing historical persecution since the Russian Empire and continue to be systematically attacked under the Russian Empire today. Nevertheless, the treatment of the native Crimean Tatars is consistently overlooked by a vast majority of Western media outlets, other Muslim-majority countries, and international human rights organizations. The current actions by Russia may be slow and sporadic, but they are calculated in order to intimidate and eventually drive out the entire community as once before. More international media attention must be assigned to Crimea. Political pressure needs to be applied by human rights organizations and international governments to prevent the discrimination against Tatars from escalating to a more disturbing level. It remains of utmost importance to prevent Russia from fabricating who the Crimean natives are and have been so that their history does not repeat itself.