On Monday, August 5th, 2019, India revoked Kashmir’s special status, which previously granted the state a limited degree of autonomy. The removal of Article 370 took away Kashmir’s right to internal governance, its constitution, and its state flag under the notion for it to join India. In the wake of the removal , India instilled an internet black-out in Jammu and Kashmir—an alarming if not foreboding martial action. Kashmiris have used social media as a method of mobilization; censuring it limits news from reaching the world. Since then, social media abroad has been flooded with support for Jammu and Kashmir and India alike—Instagram feeds and explore pages are swimming in squares of #redforKashmir. But, in these social media activist circles, a troubling centuries’ old trend is also resurfacing: the mother nation. Along the scarlet stances of solidarity with Kashmir are illustrations depicting Kashmir as a woman, either strong or suffering. At the opposite side of the spectrum, there are depictions of Bharat Mata, or Mother India, rejoicing in the further unification of her country.

In times of national or regional strife, the Mother Nation often returns to the purview of citizens and foreigners alike, alluding to a mythological woman who embodies the ethnic identity of a populace. With the advent of social media, it’s no surprise that what once filled the pages of pamphlets and booklets now take up digital space. While effective at boosting morality, such emergences prove to be detrimental to the actual women suffering on the land the Mother represents. The Mother not only detracts from real attention being focused on the tense situation in Kashmir and India, but it also reinforces toxic, gendered expectations of women on both sides of the border.

It is key to note that there is a difference between accurate depictions of the atrocities occurring in South Asia and an appeal to a mythological ethos. Whereas political cartoons and comics that illustrate actual events accurately bring awareness to a situation where it can be consumed by the masses, illustrations of a suffering Mother nation work to negate that suffering for the sake of valorous national struggle. The urgency of the situations portrayed in accurate depictions is thus downplayed as a patriotic sacrifice of the people, rather than a call for humanitarian efforts.

“…when social and political conflict do come into fruition, women of the respective parties are brutalized en masse.”

Pushing forward an image of a Mother Nation underlines the nationalist gendered typeface historically applied to women in South Asia. As Anne McClintock delineates in her essay “Family Feuds: Gender, Nationalism, and the Family,” women frequently are posited as “the symbolic bearers of the nation, but are denied any direct relation to national agency.” Thus, in the shared social consciousness of South Asian groups, the Mother Nation reifies the reproducer of the citizen to one group while otherizing the aggressor. As such, when social and political conflict do come into fruition, women of the respective parties are brutalized en masse. Or, as McClintock poignantly states the “female body [becomes] the terrain over which the military contest [is] fought.” In these instances, there is an intent of ethnic cleansing or assertion of national power through the brutalization of the female body; using rape as a weapon ensures the “purification” or “pollution,” depending on the side affected, of an ethnic identity, as Bulent Diken and Carsten Bagge Laustsen found in their analysis of the atrocities in Bosnia from 1992 to 1994. In fact, the United Nations even recognized that the “patterns of rape strongly suggest that a systematic rape policy existed” in Bosnia. In other words, rape was used as warfare, bent on attacking the perceived lifeblood of communities: the woman. And, while there were efforts in some countries to politically fight the stigma of a “polluted woman” by casting her as a war-heroine, such attempts were ineffective—families still rejected their “tarnished” women because of the rape used against her. The woman, despite the grandeur of her national image, still suffers.

“It is no coincidence that when conflict does arise, women are targeted.”

Recently, there have been trends of women actively and willingly accepting the archetypal national woman or Mother Nation; to say that they were forced onto women entirely up to present day would be misinformative. But, historically, the nascent stages of national roles were not ascribed to women’s bodies by women, but rather by a patriarchal nationalistic standard. Roles set expectations of how a woman should look, act, and think. Consequently, by materializing a Mother Nation, systematic powers are not only intrinsically creating an archetype of an ideal woman, but an ideal target. And as such, a woman attacked is then faced with persecution by her own people and brutalization by the aggressor.

Creating a female concretization of the abstraction that is a nation historically affected lives of women due to a shared social consciousness, as previously stated. But the Nation Mother is a  reference used for violence and conflict even today. Take Bharat Mata for example—she is a light-skinned, modest and yet opulent, beautiful Hindu woman made to represent the nation of India. She is the role-model for the female citizen; costumes have been made of her for young girls. It is clear, looking at illustrations of India’s Nation Mother, that a large portion of Indians are left out of her inclusion: non-Hindu, non-binary, dark-skinned, lower-class and dalit folks. As such, their citizenship has lower merit than those who are made in the image of Bharat Mata.

That very pretense has been used by leaders of India’s Hindu nationalist ruling party, the Bharatiya Janata Party (BJP), to incite violence against women of another ethnic identity despite their Indian citizenship.  In the winter of 2018, BJP supporters in Kashmir brutally raped and killed Asifa Bano, an eight-year-old Gujjar resident of Jammu and Kashmir in an attempt to scare her Muslim tribe from their traditional grazing grounds. While she was not a mirror of Bharat Mata, her father did claim that she was “the darling of the community.” Right-wing Hindu nationalists in the region, not accepting of the generations of Muslim families in Jammu and Kashmir, targeted the “other” female to make their political statement.

It is no coincidence that when conflict does arise, women are targeted. Which is why, as a historian and social activist, I implore those who mobilize through newer, digital avenues to consider the implications of what they share. Understand what an illustration of a Mother Nation reinforces—and the real-time effects it has on the women it seemingly defends. There are other ways to bring attention to humanitarian issues without objectifying the female at her expense—as the red squares mentioned earlier show. By being aware of how antiquated, nationalistic gender-roles permeate our daily lives in the 21st century, we are able to mindfully dismantle them and the divisiveness they bring. Rather than sharing a drawing and chalking it up to be your activism point for the day, reach out to groups working on the ground to help those in the Kashmir region. Kashmiris are in a media blackout; instead of sharing mythologies, share the truth that will get people the help they need. 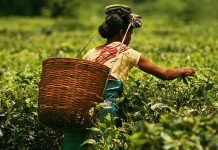 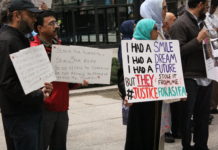 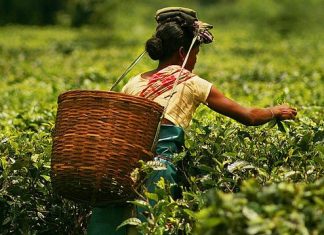