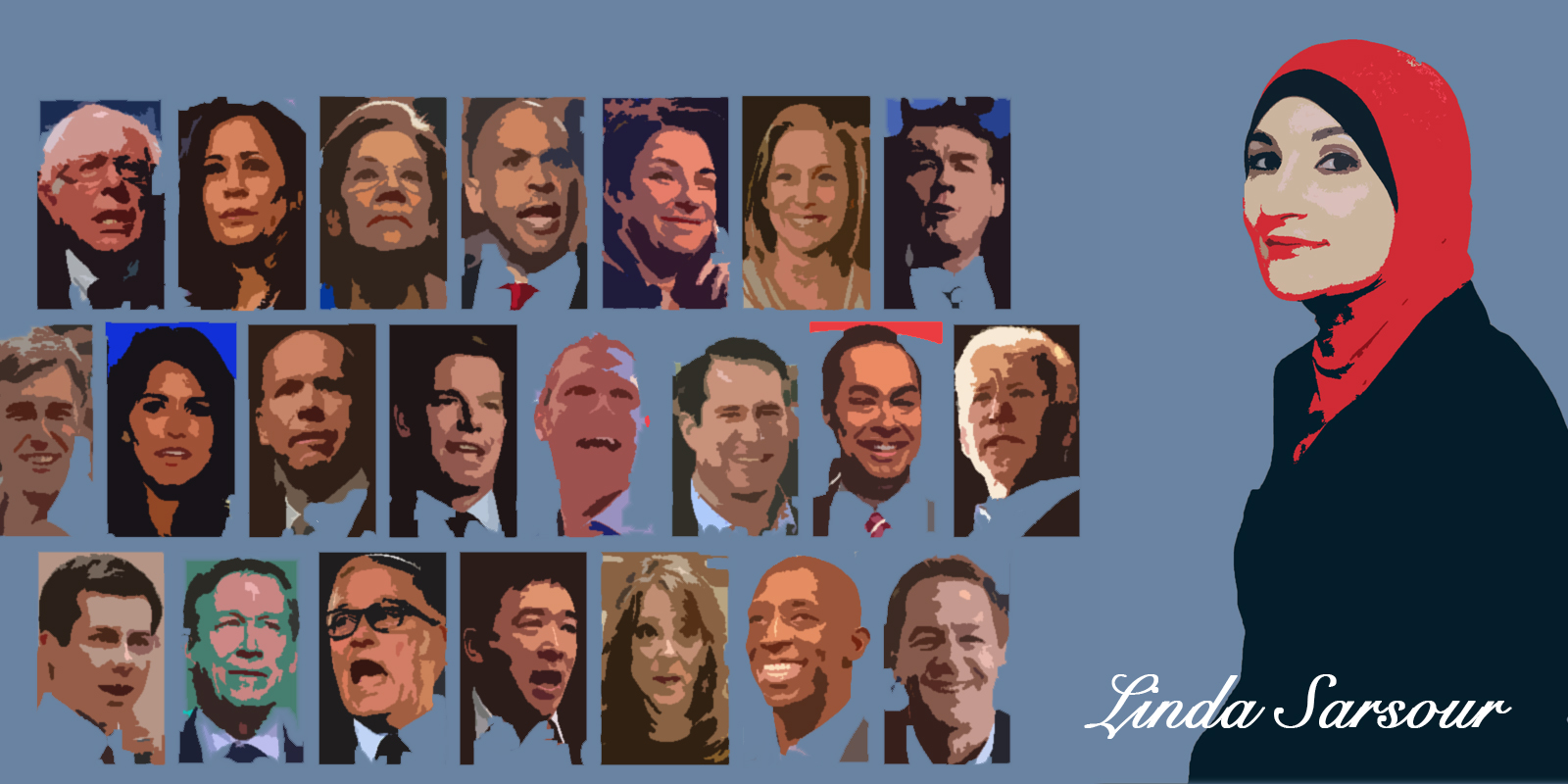 Since childhood, I have never been the quiet one in a room. But on the night Donald Trump was elected president, I sat in my living room speechless. Perhaps it was that I had no words to console my children—three beautiful souls who were already struggling to navigate what it meant to be unapologetically Muslim and Palestinian-American in a country that wasn’t built for them. Or perhaps I was silenced by the weight of the community I had been organizing for 18 years—mothers, fathers, and children in Brooklyn who were now questioning whether they would be safe to pray at their local mosque or wear a hijab in public. For Muslim Americans, the election of Donald Trump was more than just an unprecedented expression of hate and fascism in our country. It was a threat to our very existence.

We had a choice: We could try to blend in and protect our families from the violence and hate around us, or we could rise up, organize, and call for an America that embodied the values of democracy my children read about in their textbooks.

I founded MPower Change to build power in the Muslim-American community and combat Islamophobia. Protests against Trump’s Muslim ban and hateful rhetoric made national headlines. We worked with other Muslim advocacy organizations to make a huge impact in local communities and encourage Muslims to become involved in the political process. Those efforts paid off—in 2018, Muslim turnout spiked by 25 percent nationwide, with Muslims voting in record numbers. We elected two Muslim women to Congress—Rashida Tlaib and Ilhan Omar—for the first time in history. In the face of unspeakable hate, the Muslim community chose to point America toward the hope of a greater future. And we won.

When Muslims lift our voices, we make an impact. It’s why no 2020 Democratic primary candidate can win the presidential nomination without the Muslim community. We constitute a significant voting bloc in key battleground states—especially Michigan, where Bernie Sanders pulled off one of the biggest political upsets in US history with an overwhelming majority of votes from the Muslim community in the 2016 Democratic primary.

Indeed, the stakes are even higher for our community in 2020. The attacks on Representatives Tlaib and Omar that began the day they entered office are proof that work still needs to be done, and the recent denial of their entry to Palestine showed that Muslims will be discriminated against regardless of any prestigious position they may hold. In 2020, we will work to gain support for the issues that affect our community and those who represent us.

On August 23, Muslims around the country will organize their local communities for National Muslim Voter Registration Day. Over 50 events nationwide—hosted by MPower Change and its partners the Council on American Islamic Relations, Emgage USA, the American Muslim Advisory Council, the Georgia Muslim Voter Project, and a range of Muslim-led local, state, and regional organizations—will focus on generating record Muslim voter registration and engagement. And long after August 23, we will focus on political education, mass voter registration, and get-out-the-vote efforts in partnership with local, regional, and national Muslim and progressive organizations.

Many candidates are already recognizing that we are key to a primary victory—and that our priorities need to be addressed. Like all Americans, we care about health care, quality education, jobs, and the economy. And like all Americans, we demand respect for our identity and livelihood. We want candidates who will reverse the Muslim ban on their first day in office and who will transform US foreign policy in the Muslim world, centering it on diplomacy and not endless, unjust wars.

Since 2016, our voices and votes have changed the nation, and they remain a testament to the power of our organizing efforts. On August 23, we hope to take progress even further—because this moment in American history calls for it. Success for the Muslim community is success for all Americans—and as we register Muslims in record numbers, it is our hope that our fellow Americans under the boot of marginalization will lift their voices with us.

Muslim communities have discovered the power of our collective voice—and we will be heard. We urge you to join us on August 23

Originally published on The Nation