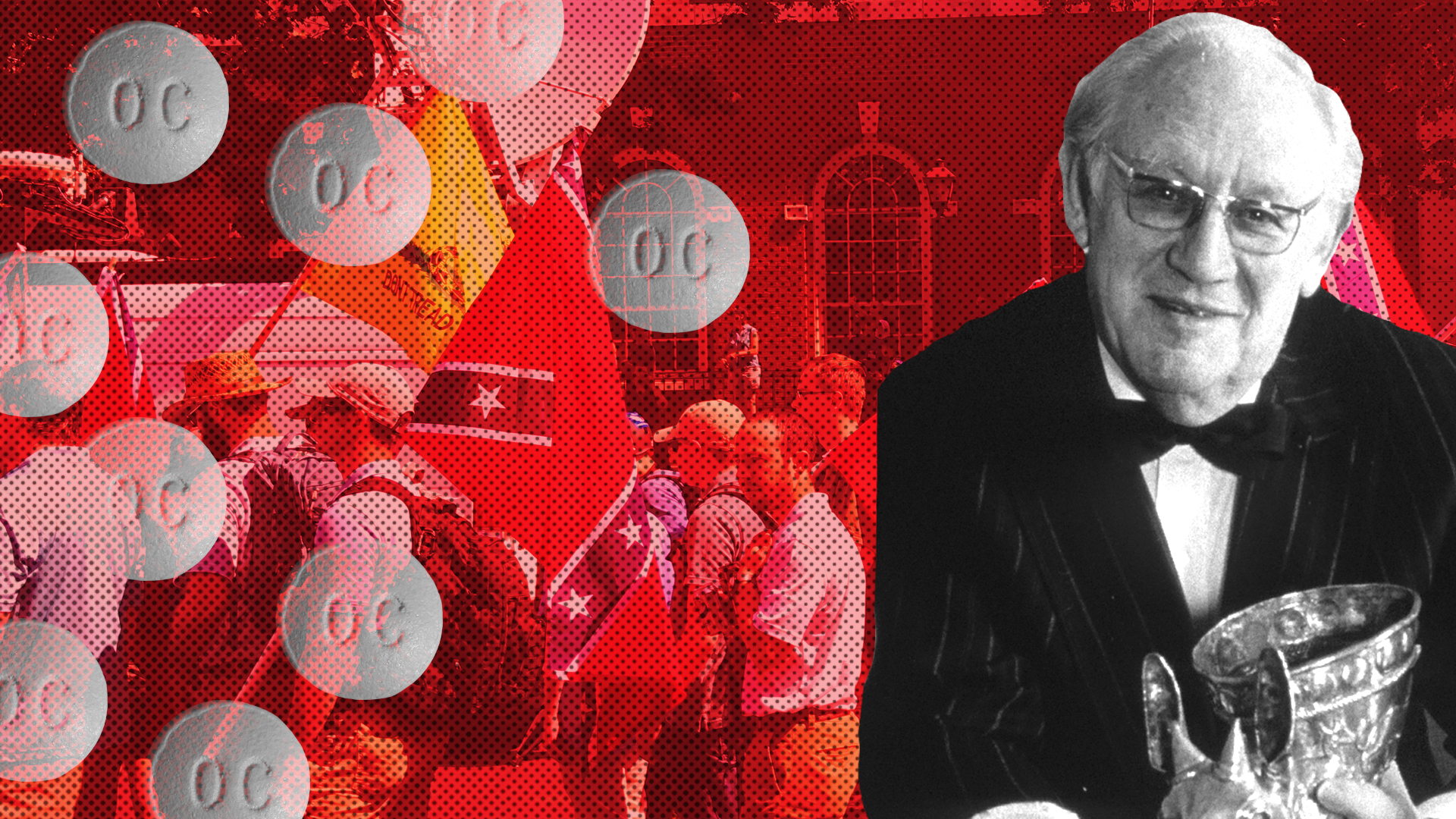 For decades, the Sackler family of Purdue Pharma has been lauded for significant philanthropic contributions to the world. All the while, they were exploiting the most vulnerable. Since the early 2000s, Purdue Pharma faced countless lawsuits for misleading advertisements and distribution of opioid medications (namely Oxycontin). They maintained close relationships to academic medical institutions and the FDA, who gave them public approval. Victims allege that the Purdue Pharma’s production and strategic marketing engineered an opioid crisis that made billions in profit. In addition to contributing to the Oxycontin scheme, the Sackler family donated to white nationalists and their ideologies, rooted in American history. The Sacklers therefore represent an odd link between two pervasive societal afflictions: the opioid crisis and white nationalism.

Respectable institutions such as The Metropolitan Museum of Art, Harvard University and the Guggenheim Museum are no strangers to the Sackler name. However, the family’s ties to prominent hate groups in the U.S. remain non-publicized and hidden from the public’s eye. In fact, it is difficult to uncover their connections to white nationalist ideologies; until recently there was little to no mention of it on any news platform.

In early 2019, Sludge published a journalistic exposé on the Sacklers as part of a project that discloses hate groups’ major donors across the world.

Sludge found that The Richard and Beth Sackler Foundation donated to the American Freedom Law Center, The David Horowitz Freedom Center, and Jihad Watch. The Southern Poverty Law Center recognizes all three registered non-profits as hate groups. The charity also funneled money into the Middle East Forum, and Investigative Project on Terrorism. Both projects are a part of a broad, well-funded Islamophobic network, according to the Center for American Progress. From 2012 to 2016, the family donated more than $41,000 to the aforementioned far-right affiliated think tanks and advocacy groups. The press highlighted the foundation’s contributions in 2017; the family did not make donations to either group that year.

Unsurprisingly, these hate organizations have the support of prominent anti-Muslim figures who influence mass followings various media outlets.  Documenting how far donations go helps to provide an idea of the spread of their influence. Donations from the Sackler family to the American Freedom Defense Initiative and its founder, far-right political commentator Pam Geller have a large-scale affect. Anders Behring Breivik, convicted for the Oslo shooting in 2011, cited Geller and her Islamophobic rhetoric in his manifesto.

In early 2019, Brenton Harrison Terrant carried out a mass shooting in New Zealand mosques that cost 50 lives. Later, Tarrant claimed that he “took true inspiration from Knight Justiciar Breivik,” in a manifesto similar to Breivik’s own.  Fox News, now owned by one of the largest global media conglomerates, Disney, has made Geller mainstream. Its news outlet effectively sold her ideas to a base consisting of a primarily white, lower and middle-class demographic.

The opioid epidemic takes approximately 142 lives every day. The government and private citizens alike for decades have prioritized it for decades. Since Purdue Pharma’s role in the opioid crisis came to light, a slew of gut-wrenching stories by victims of addiction have followed. Angered citizens pressured government and private agencies to take action against the company. Nan Goldin, a photographer and opioid survivor, wrote that the Sackler family “have washed their blood money through the halls of museums and universities around the world.”

Meanwhile, the Sacklers’ support of alt-right figures, such as Robert Spencer, contributes to the recent worldwide resurgence of white supremacy. In the digital era, said influencers can easily reach vulnerable individuals online and amass thousands of followers, all while preaching violent, hateful rhetoric. As a result, hate crimes increase, white supremacist domestic terrorists feel empowered, and a dangerous global movement is strengthened.

The nefariousness of the entire scheme is proven by the fact that the monetary benefits not only added to generational wealth but also funded a vicious cycle of hate. The Sackler’s influence is ubiquitous. Therefore, it is important to realize how corporations have copious amounts of control. Staying informed helps us be better informed consumers.

Power of the Consumer

As consumers, people often worry about how much money they invest. Consumers ask whether a purchase is a necessity or an indulgence. Many don’t consider where the money we’re spending is going. It seems less than necessary to worry about things that are not directly relevant to us. Investigating the corporate vacuums spent money is sucked into leads to transparency. Consumers discover investments from the brand or product owner; they then choose whether they want to give them more money or not. When a pharmaceutical giant aggressively markets a product in every corner of the world, there’s no choice but to protest.

Dissociating from the Sackler name may seem as easily as flipping a switch. For a corporation as large as JP Morgan, which recently announced it cut ties from the family, it is. However, for cultural centers and institutions who depend on donations, forsaking them can prove to be excruciatingly difficult.