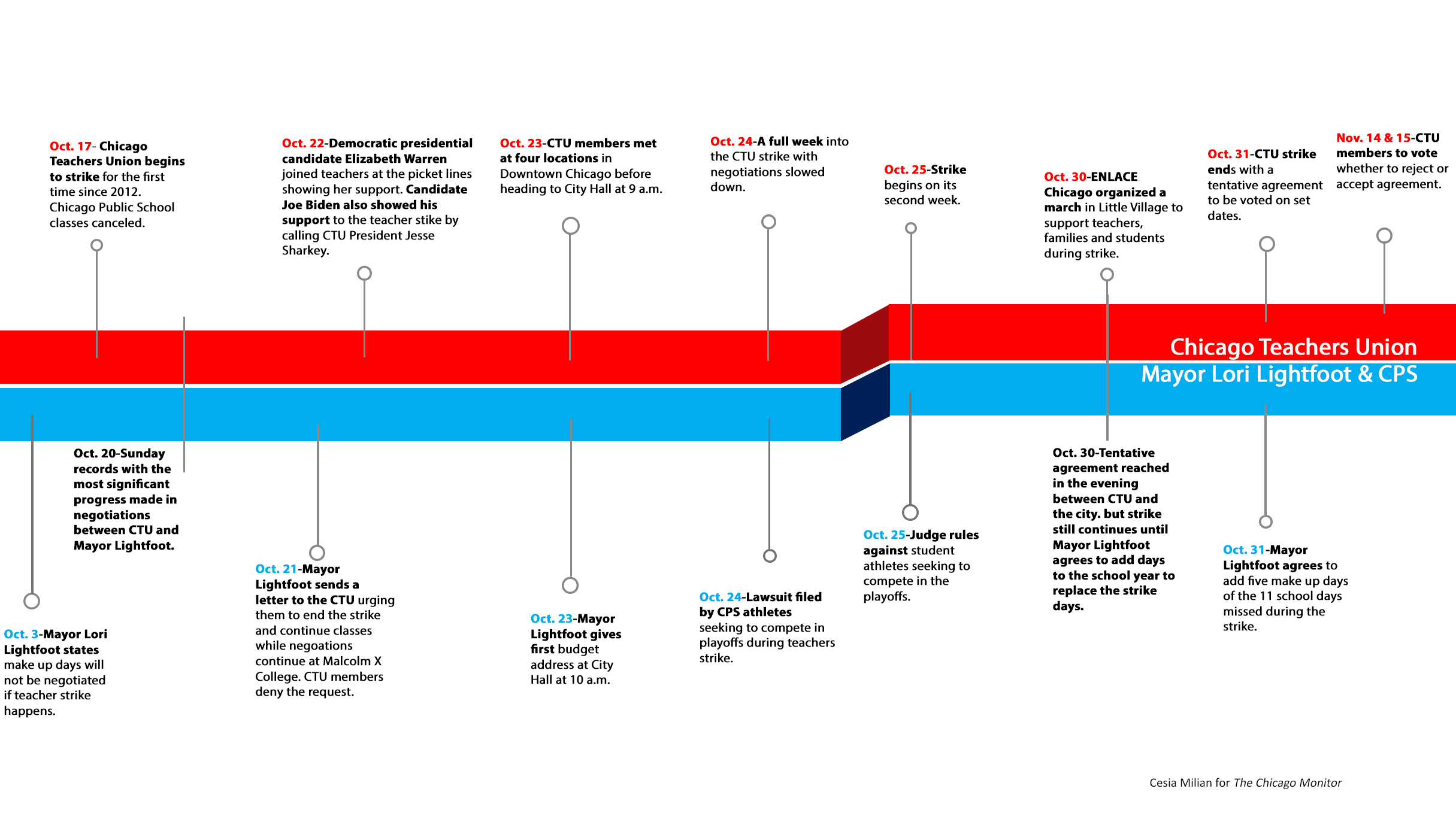 Last week, The Chicago Teachers Union voted to ratify the new five-year-contract with the Chicago Board of Education, officially ending discussions following the historic 11-day strike, the longest strike the city has seen in three decades. The Chicago Monitor compiled a visualization of the landmark events leading up to ratification.

Before the strike began, CTU members were working on getting a new contract before resorting to a walk-out. They were fighting to reducing class size and gaining specific staff members in public schools for the benefit of the students, two main issues negotiated during the strike.

The new contract includes a 16 percent raise for teachers in the next five years, class size limits, nurses and social workers in every school by 2023 and more.

Only five days will be added to the school year to make up for the 11 school days missed, which cuts into the Thanksgiving and Christmas holidays.