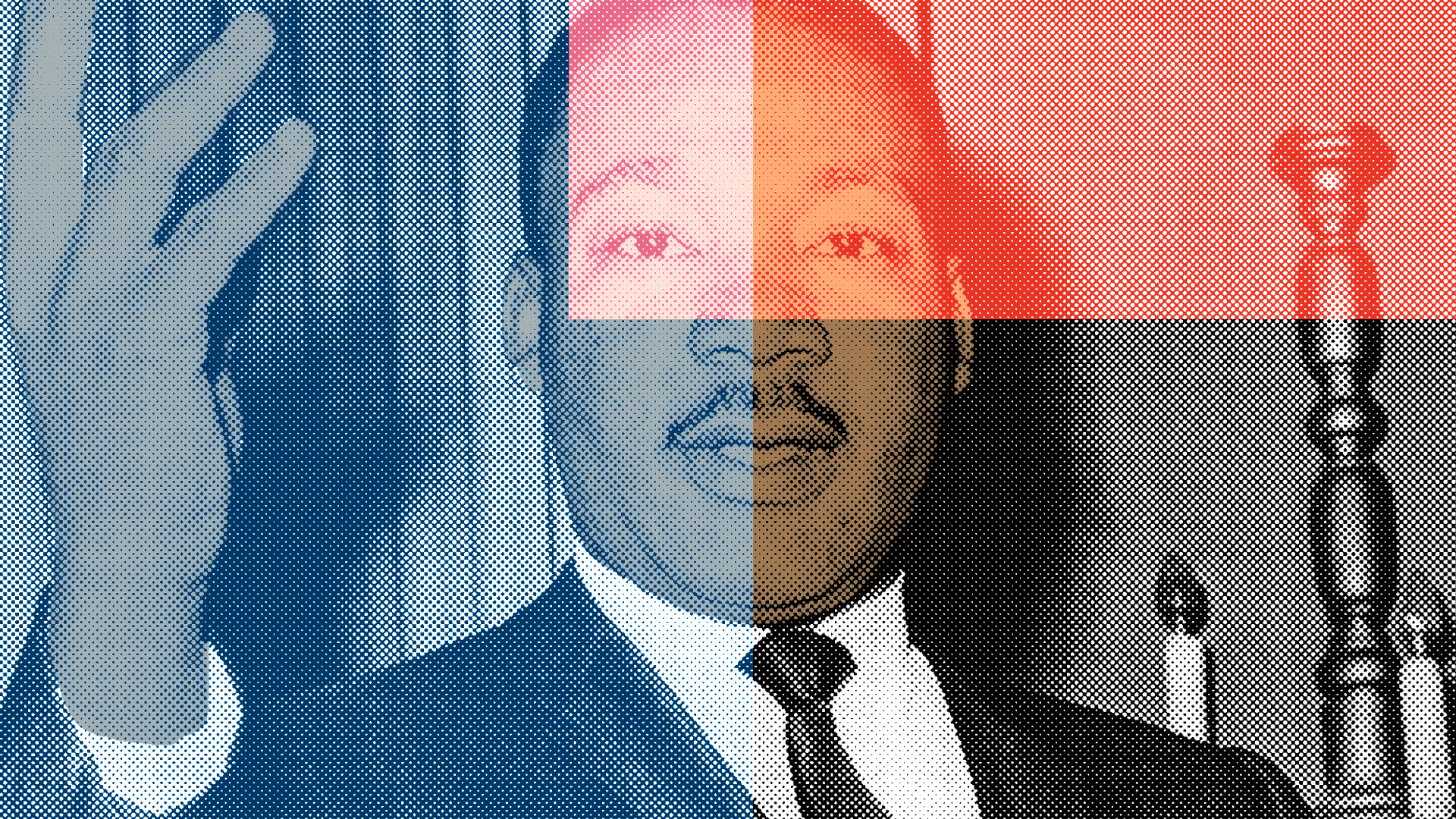 Every January on MLK day, King is remembered as a hero. Kids would be forgiven to believe he lived as one, travelling in security-chaperoned motorcades and waving to adulating fans of all races as they threw roses at him.

It is an affront to both the legacy and person of Martin Luther King Jr. to whittle down King’s totality to the feel-good “dream” King had for the future, while glossing over, whitewashing, or otherwise completely ignoring the feel-bad “reality” he endured throughout his life for no other reason than making the difficult choice to dedicate his life to fighting back against the ubiquitous currents of structural racism, ignorance and hate in this country.

Though King is conveniently remembered as a pacifist, he was also a radical revolutionary who squared off against the strongest social and political tides of his time.

King is remembered as a force of love, but he was also a force of anger and discontent.

King is remembered as a hero but he lived mostly as a villain.

Our Youth must come to terms with the fact that King was maligned throughout his life for his brave conscious choices rather than celebrated for them. To “protect” them from this fact while “celebrating” him now is a disservice to him and them.

He died a beleaguered man… sorry, I mean killed… he didn’t just die. MLK was killed, it’s enough to think about that.

This country’s intelligence security forces called him “the most dangerous Negro in the future of America,” put him under surveillance for life and tried to frame him as a “communist” – the pariah label of the time (would be like framing him as a “terrorist” today).

In an unsigned threat letter sent to him, they called him an “abnormal beast” and give him 34 days to do “what he knows he has to do” (i.e. kill himself).

We cannot truly learn about MLK, if we are afraid to learn from MLK, and vice versa.

And we will never truly “know” MLK if we remain afraid of the man while fawning over the legend.

We cannot continue to shy away from the uncomfortable truths, and so unless MLK is marked as a day of sad reflection as it is of joyous chest-thumping; unless it is a day where we challenge ourselves to feel and relive his suffering as we celebrate his hope against hope, then what we have is little more than a “Santa Claus moment”, a day designated to celebrate a mythical feel-good figure, plucked from his historical context and refashioned, whose only role is to make everyone smile and feel warm and fuzzy.

What we would essentially have is a prop-up that MLK himself would have a hard time relating to, if he were to visit back today. He would say thank you, but no thank you.

Meanwhile, we would not be any closer to understanding and resolving the insidious challenges of racism (overt or subtle, systemic or impetuous), poverty, privilege and government abuse – a cause for which MLK lived and died fighting.

We can only truly celebrate MLK, if in addition to acknowledging his triumphal hopes we also acknowledge, understand, commemorate, and mourn his deep suffering as a black man who lived as a villain, demonized by the mainstream and the establishment, and who died by an assassin’s bullet fired in his homeland. And we cannot truly understand him unless and until we acknowledge and understand the suffering of those who still live his predicament and struggle to this day.