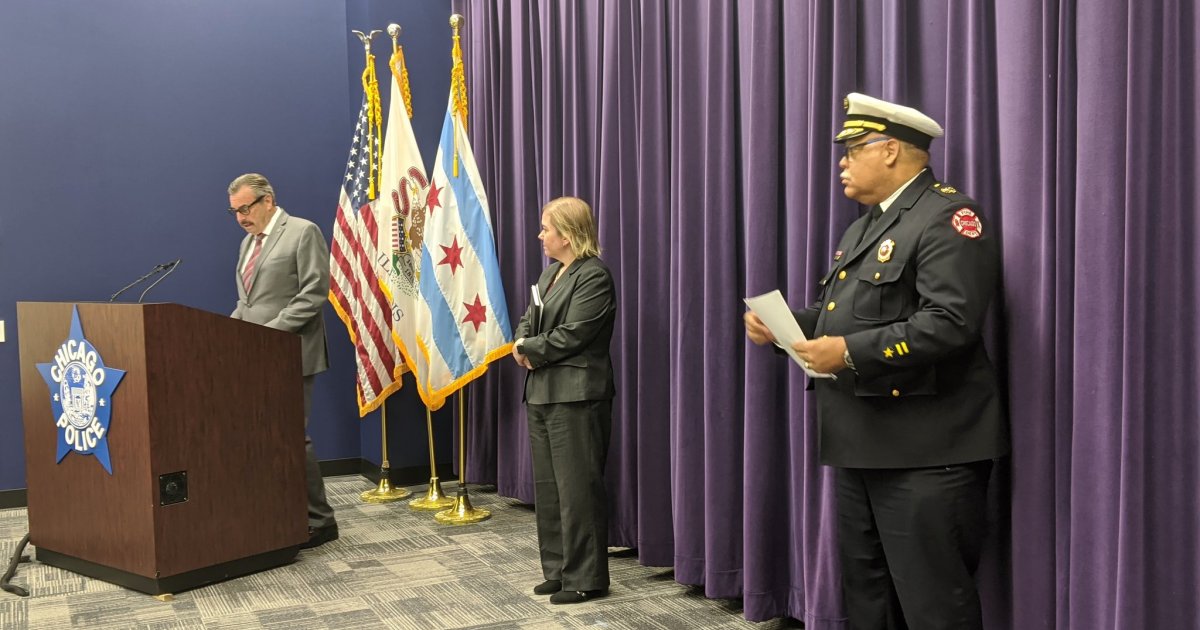 BRONZEVILLE — Eleven Chicago police and fire first responders have tested positive for coronavirus so far, and additional training has been put in place to protect the “essential workers” unable to remain at home, city officials said Wednesday.

The Chicago Police employees who tested positive include a detectives, beat cops and someone who works in a community relations position with the department, Beck said. Two of the cases originated in the same police building and two officers remain hospitalized, he said.

Those sick at the fire department include an assistant paramedic chief, firefighter and paramedic, Ford said.

The Police Department has not seen a significant increase in officers calling in sick with flu-like symptoms, Beck said. There has been “extensive cleaning” of the districts, particularly those where an officer has tested positive.

The department shut down the police academy and instead instructed recruits to put together protective equipment kits of gloves and masks.

When asked about concerns over a lack of personal protective equipment for officers, Beck said he has visited eight districts and all of them had necessary equipment. The department has 12,000 protective kits for its force of 13,600, though many officers are not “in the field” on a daily basis, Beck said.

There’s “significant evidence” that Chicago is staying home under the statewide shelter-in-place order, Beck said. Calls to 911 are down 30 percent this month, he said, and vehicle and pedestrian stops are down, too.

“That is huge,” Beck said. “By and large this city is doing the right thing.”

If somebody in police custody is sick, they won’t be moved to Cook County Jail without a doctor’s evaluation, Beck said.

The city is “absolutely prioritizing” first responders with training and resources, said Allison Arwady, commissioner of the Department of Public Health.

First responders are “really used to toughing it out,” but that cannot be the case for sick workers, Arwady said. If someone in a household is diagnosed, the city recommends all members of that household stay home and self-monitor for symptoms.

“Because there is more potential for spreading the virus early, we put in order here, by law, that people including the first responders and essential workers need to stay home if they’re feeling sick,” Arwady said.

However, the city will “need them to work” if they aren’t sick — that’s why the departments’ training on use of protective gear is so important, Arwady said. The city should not close police districts and fire stations, she said.

The health department has issued 220,000 masks to hospitals and “thousands” to first responders, Arwady said.

This week, the police department accepted protective masks and gloves from MAGID Glove and Supply and gallons of hand sanitizer from Koval Distillery.