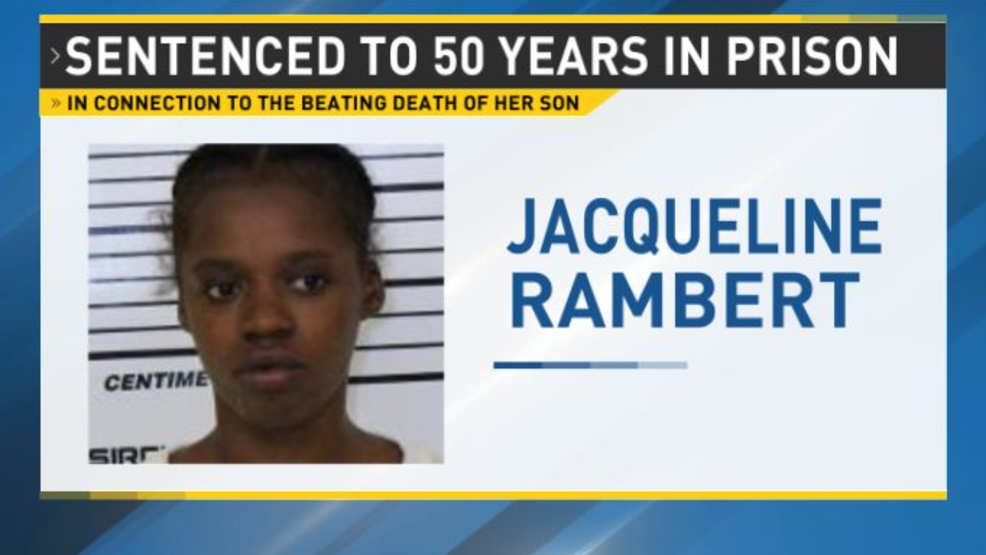 Facebook
Twitter
Pinterest
WhatsApp
Email
Print
A woman from Chicago has been sentenced to up to 50 years in prison on charges stemming from the beating death of her 5-year-old son in Iowa. Jacqueline Rambert, 26, was sentenced Friday in Davenport, court records said. She pleaded guilty to child endangerment resulting in death and child endangerment-multiple acts. Prosecutors agreed to drop a murder charge in return for her pleas. She was sentenced to 50 years on each count, with those sentences to be served at the same time.