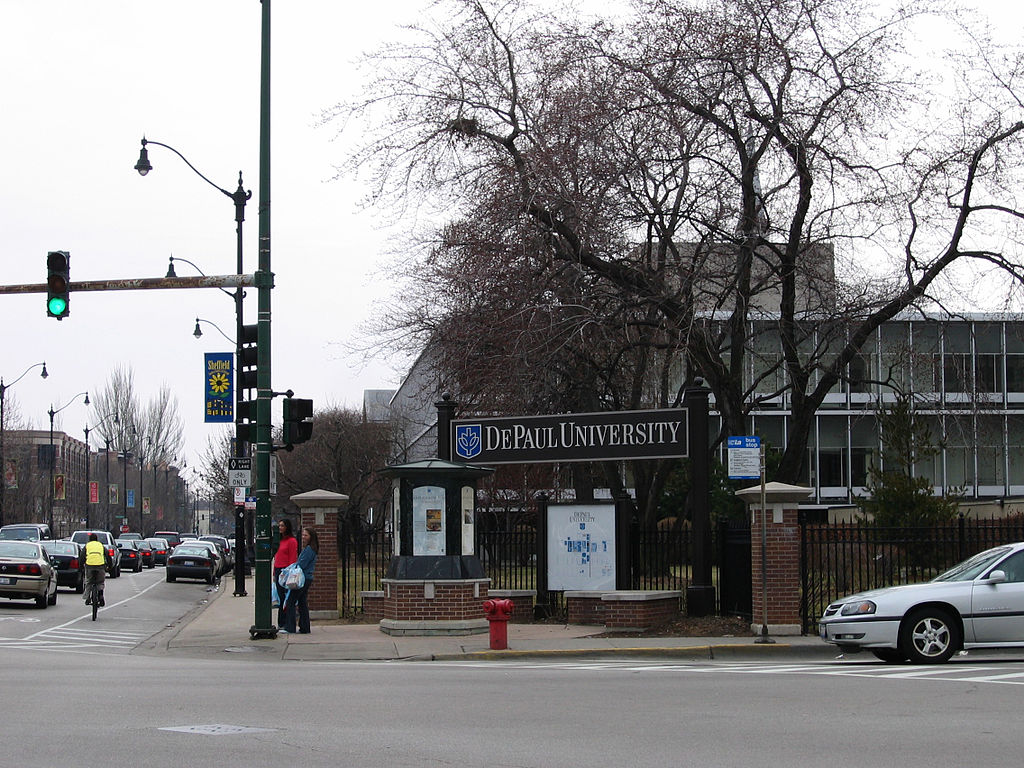 On February 18th, DePaul University student organizations, Students for Justice for Palestine, DePaul Socialists, and Campaign Non-Violence held a teach-in and protest, in response to President Trump’s recent expansion of the Muslim Travel Ban. Nigeria, Eritrea, Tanzania, Sudan, Kyrgyzstan and Myanmar (known as Burma) were added to the 2017 ban.The ban will restrict categories of immigration and visa applicants; green card lotteries will be limited from Sudan and Tanzania. According to the Trump Administration, there is a “ greater prospect ” for improvement. Inconsequently, there are primarily political and religious refugees fleeing anti-Muslim sentiment from added countries. Notably, in Myanmar the minority Rohingya Muslim population fleeing genocide to find safety in cities like Chicago. Chicago is home to a large immigrant and Muslim population and frequently protests for their rights o against the travel bans. In response to the initial 2017 ban there was a large organized protest against the first implementation of the Muslim Ban at O’Hare Airport.

DePaul University follows the trend of resistance despite getting attention for anti-Muslim sentiment in the past from Professor Jason Hill. Students at DePaul came together in support of their immigrant peers and led a teach-in and silent protest in wake of the ban expansion. Students for Justice in Palestine DePaul (SJP)-a group dedicated to advocacy for Palestinian and Muslim rights- members were in abundance. According to SJP member Aysheh Jadallah, the event was organized in order to “educate people on an injustice that’s underrepresented within the media.” DePaul student groups continue to fight and push the message “there will be opposition to any forms of injustice,” Jadallah emphasized.

“I remember during the silent protest we held up posters condemning the ban and celebrating diversity, while there was a speaker announcing the teach in, there was applause afterwards,” Jadallah said. “The teach in was great, with different organizations sitting at different tables educating on lookers on the different aspects of the ban. There were informational flyers being passed including immigrant rights, the details of the ban, etc.”

The teach-in included speakers and information regarding immigration policies in the country and Muslim ban. It also addressed the importance of immigrant students at DePaul, seeking to “give a voice to the voiceless” said Jane Doe,* a student organizer and protester. She mentioned how Professor Hill’s anti-Muslim rhetoric “caused harm to her and her community.” Doe also touched on her wishes for university action: “It should stand more with its immigrant students, instead of waiting to condemn racist sentiment. The Vincentian values they preach should support their students and not try to protect someone’s job security.”

Jadallah also makes a point that “we’re a country of immigrants until those immigrants aren’t white and originate from ‘shit-hole’ countries. Even if it’s called the Muslim Ban, it targets so many of the disenfranchised. All these countries have refugees that pose no threat to us, they’re just looking for safety. Fighting racism and Islamophobia in this country could mean saving people coming overseas from oppression.”

DePaul University has released no response to the event.