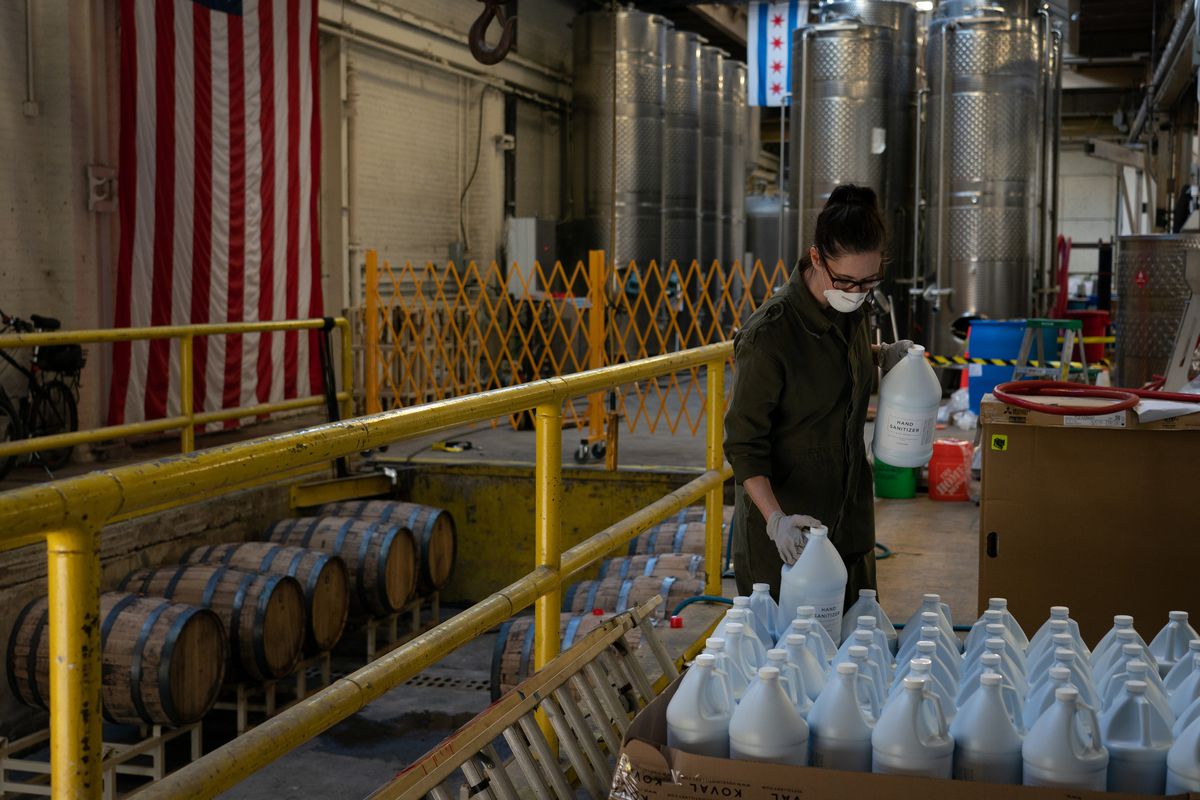 The nation’s largest beer company, Anheuser-Busch, has said it would make hand sanitizer at its breweries in Baldwinsville, New York, and Van Nuys, California, to be distributed by the American Red Cross and other organizations. Also, Joe Gregor, a chemical engineer by trade and the founder of Church Street Brewing in Itasca, made a batch of hand sanitizer that the brewery has donated to west suburban first responders and given to customers as incentive to buy its beer.