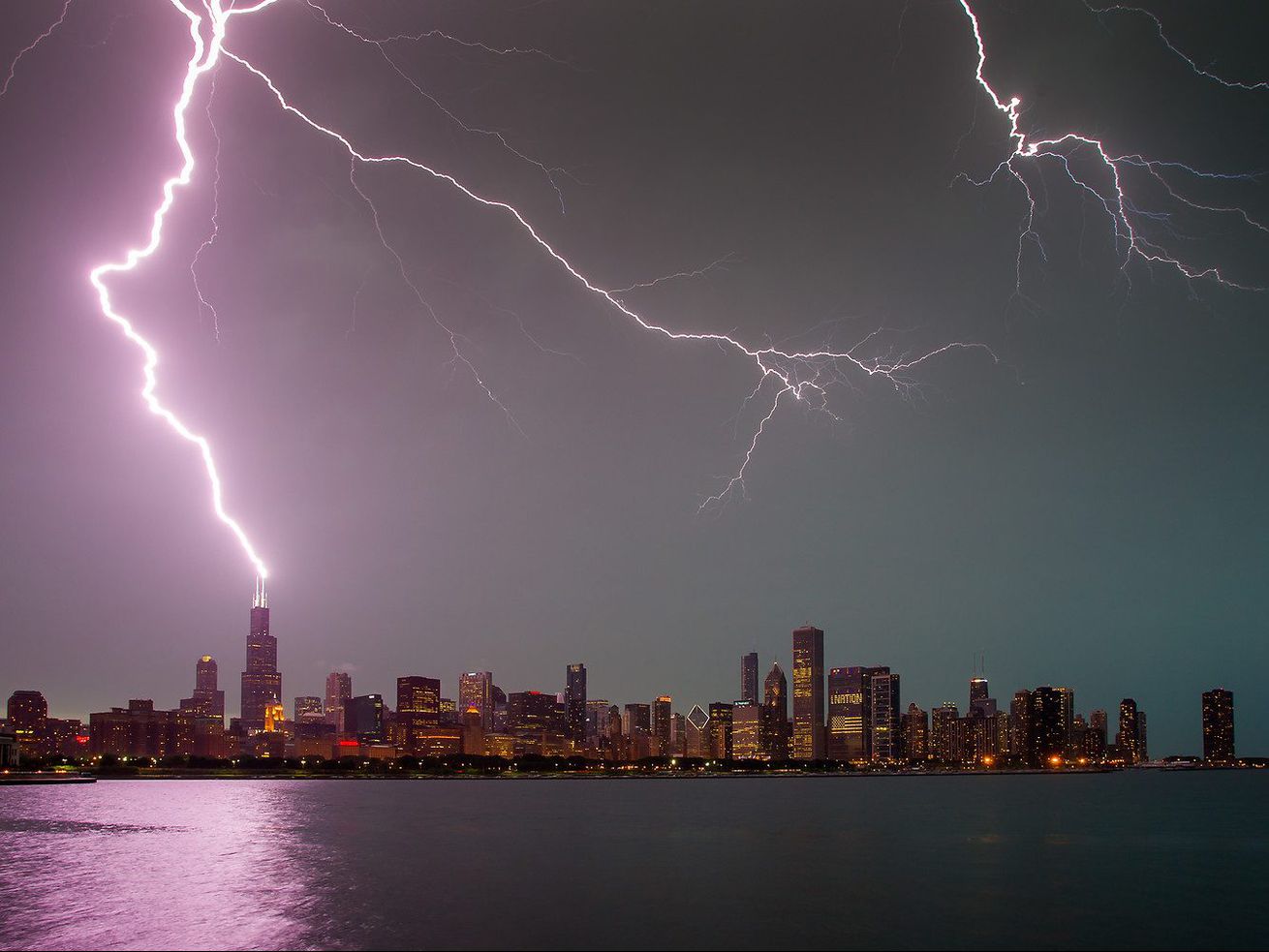 The National Weather Service has issued a severe thunderstorm warning that extends until 8 p.m. for the Chicagoland area. | Guy Rhodes/For Sun-Times file photo

Damage reports suggest a small tornado may have whirled through nearby Minooka, but meteorologists have not confirmed a touchdown, the weather service said.

A strong storm tore through the southwest suburbs Saturday afternoon, with high winds leaving downed trees and power lines in its wake in Joliet.

A tornado watch for the area is expected to last until about 8 p.m. for counties throughout Central and Northern Illinois, according to the National Weather Service. In DeKalb, McHenry and Kane counties, it has been upgraded to a tornado warning until 7 p.m.

Damage reports suggest a small tornado may have whirled through nearby Minooka, but meteorologists have not confirmed a touchdown, the weather service said. Funnel clouds were briefly sighted in Livingston, Pontiac and Ogle counties as well.

In Joliet, powerful “straight-line” winds wreaked havoc on the area, the weather service said, but never formed into a tornado. Residents took to social media to post pictures and videos of the damage.

A severe thunderstorm warning was in effect for Chicago until 4:45 p.m. but forecasters now believe the worst of the storms have passed until the rain returns again overnight.

Temperatures remained around 75 degrees throughout the afternoon, but are expected to drop to about 64 degrees tonight, forecasters said.

Isolated storms are expected to continue through the weekend but temperatures are predicted to hover around 80 degrees both Sunday and Monday, forecasters said.