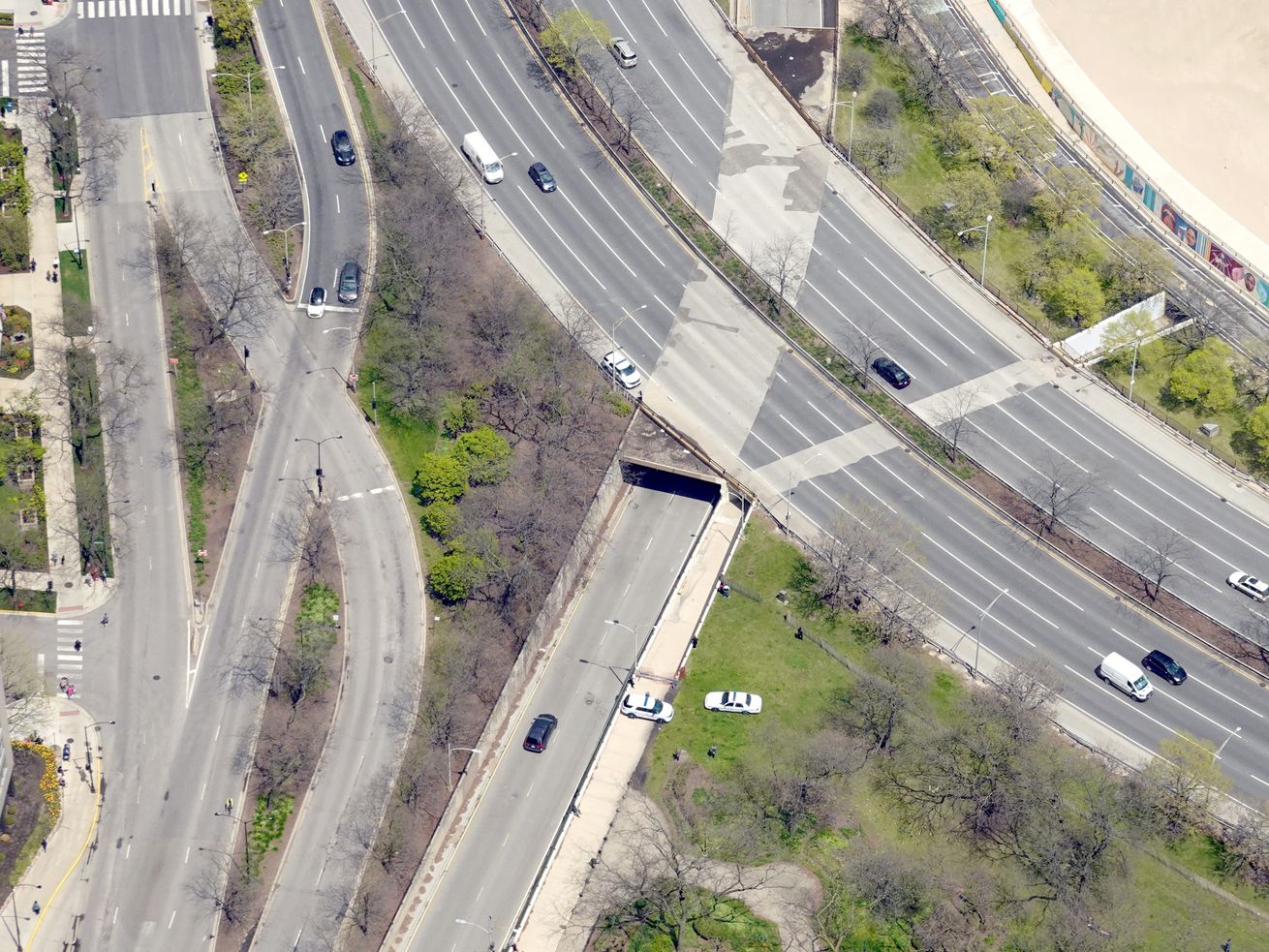 This view taken May 12 from the 360 Chicago observation deck shows police cars blocking a walkway under Lake Shore Drive that leads to the lakefront. The Chicago lakefront was ordered closed to visitors by the mayor to curtail the coronavirus pandemic. | Scott Olson/Getty Images

Let’s not forget the little gifts during this nightmare, like all the family time and the daylong chirping of birds.

As the city moves cautiously to re-open its isolation doors next week in the wake of a COVID-19 fatalities decline, expect an eraser to appear.

It’s not a stretch to consider new hustle and bustle to eradicate the following:

Here’s what will soon be back barring the scientific possibility coronavirus clubs us this Fall.

But let’s not forget the little gifts during this nightmare.

Just saying. Never forget to be grateful for the little things.

Chicago attorney Bill Coulson, a World War II expert who has written extensively about the Pacific War campaign, chimed in with his take on health care workers during the coronavirus epidemic.

“The soldier may suffer instant lethal consequence, but health care people are selfless and courageous by sacrificing themselves for a cause bigger than themselves,” he said. “Their courage is amazing. Their focus on the job is absolute … which soldiers have to have. Like soldiers, they have fierce determination to succeed. Defeat is not an option.

“All in all, they are an analogy for a brave soldier.”

Coulson, who is isolating with wife, Beth — a former Illinois state representative for the North Shore (1997-2011) — in the wilds of Wisconsin, became smitten with the beauty of isolated island World War II sites in the Pacific Ocean.

“It was so stunning to see these beautiful settings where brave men on both sides of the war were killed and maimed; amazing how such horrible things happened in this paradise,” added Coulson, who, along with his wife, has been visiting these hard-to-get places for the past 10 years.

“To be able to dig in that dirt and find war history you can’t find anyplace else because of how hard these islands are to access.”

Coulson made headlines himself a few years back returning a long lost dog tag to the grandson of a soldier who fought in Guadalcanal’s infamous Alligator Creek Battle.

“A young fisherman came up to me on the beach where the charge took place and sold me a rusty piece of metal for $11. It was not fake. Still had the serial number and name, Everett Hancock,” he said. “No specific address.”

“We were eventually able to deliver it to his grandson, Milton, in Wilmington, North Carolina.”

And so it goes in the world of heroes.

And that includes men like Coulson, a man who cared enough to bring a dead soldier’s life full circle.