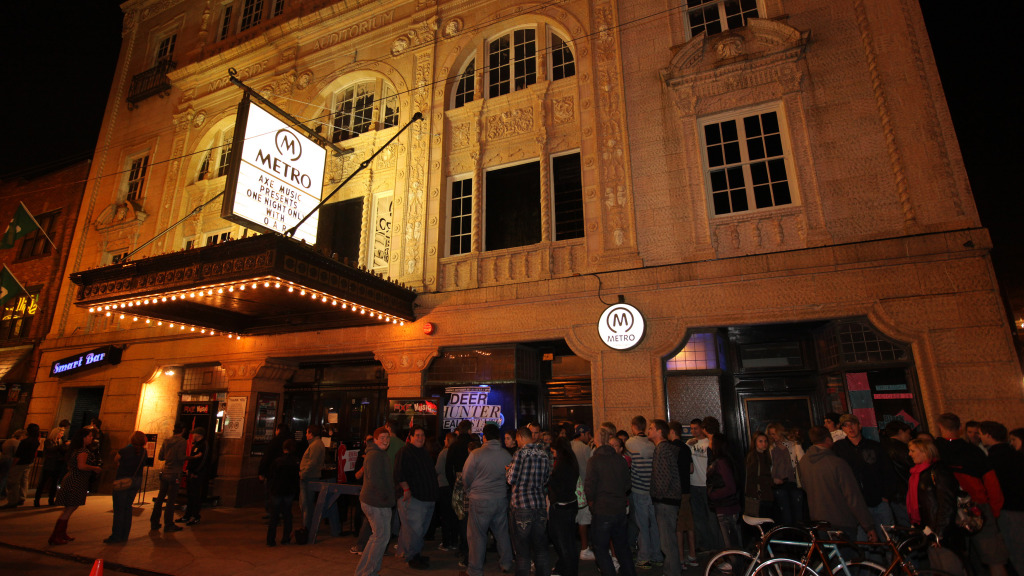 CHICAGO (CBS) — Following a panic on social media Tuesday, the iconic concert venue the Metro reassured the public that it remains in business.

In posts Tuesday afternoon, various Facebook and Twitter users mourned what they thought was the loss of the concert venue, located at 3730 N. Clark St. just north of Wrigley Field.

“This @MetroChicago news makes me want to scream and cry and throw things. So many memories,” one Twitter user wrote.

Many of the tweets and posts have since been deleted after others stepped in to point out they referenced a post on the Metro’s website that dates back to March – when they first announced a temporary closure for the COVID-19 pandemic.

In the March 17 post, the venue wrote, “As our world continues to be impacted by the COVID-19 pandemic, Metro, smartbar and GMan Tavern have made the difficult decision of closing our doors for the indefinite future.”

With the rumor heating up Tuesday about a permanent closure based on a misread of the dated post, the Metro clarified on Facebook and Twitter that it remains in business.

“Hey y’all! While we appreciate your love and support, we wanted to go on record and inform you that Metro/smartbar/GMan Tavern are not permanently closed,” the Metro posted. “We look forward to reopening when it is deemed safe to do so.”

Hey y’all! While we appreciate your love and support, we wanted to go on record and inform you that Metro/smartbar/GMan Tavern are not permanently closed. We look forward to reopening when it is deemed safe to do so. Visit https://t.co/URQlRM8NT1 in the meantime. pic.twitter.com/dy1O5XMxNP

The Metro urged people to visit SaveOurStages.com to make sure it stays in business. The effort launched by the National Independent Venues Association emphasizes that small music venues were the first to close for the pandemic and will be the last to reopen, and have no revenue in the meantime.

It urges people to contact their U.S. senators and representatives to call for federal assistance for small music venues – including modifications to current legislation for businesses that are fully shuttered, and modifications to Small Business loans and to the Paycheck Protection Program, Tax Relief, Continued Unemployment Insurance, Mortgage and Rent Forbearance.

Some Chicago entertainment venues have announced they are closing permanently due to the financial fallout from the pandemic, including stage theatre venue the Mercury Theater on Southport Avenue and improv comedy venue the iO Theater, located in recent years in the Clybourn Corridor.