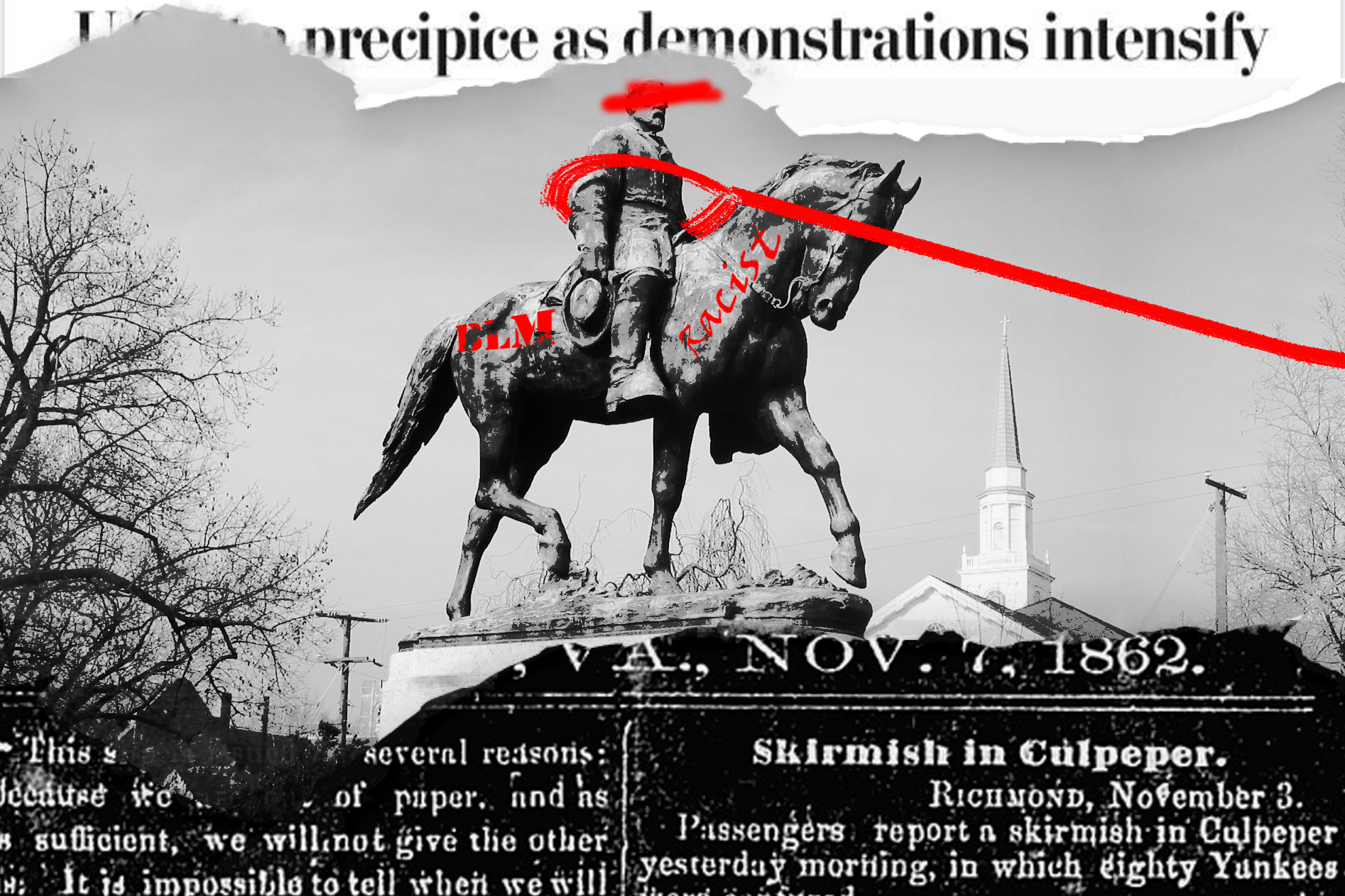 As a historian, I cringe at the destruction of any artifact bearing witness to history; whether they be statues, documents, or buildings.  But as a historian, I am very aware of the repeated practice of destroying monuments.  Whenever a war is won, the victor swoops in and sweeps out all reminders of the conquered’s past.  At the end of the American Civil War in 1865, it would have been entirely common for the victorious North to destroy all tributes to the Confederacy.  But this didn’t quite happen.  Today, what exactly does it mean to see an increase in movements to topple monuments?

Confederate Symbols Are Widespread and Built After the War

Notably, most Confederate statues were built well after the Civil War—this itself is an interesting fact.  There are an estimated 1,741 public tributes to the confederacy in the US, as far west as California and as far north as Montana.  A bust to Robert E. Lee was in the Bronx just as Confederate symbols shared spaces with iconic heritage sites, like the Boston Harbor.

The Appomattox Statue in Alexandria, Virginia was erected in 1889, twenty-four full years after the Civil War. It was torn down on June 3rd of 2020.  The Confederate Monument in Indianapolis, Indiana, a northern state, was built in 1912, forty-seven years after the war.  It was removed on June 8th, 2020. In Hemming Park, Jacksonville, Florida, a Confederate monument was put up in 1898, it was removed on June 4th, 2020. There are also one-hundred public schools in America named after Confederate figures, thirteen after Robert E. Lee.

An anthropological study of how, when and why these monuments came to be well after the Civil War would bare interesting analysis.  But, what is immediately clear is that the Civil War and by extension, the Confederacy, are not seen as a traditional war nor enemy.  The Confederacy was defeated, but not eradicated.  It was allowed to continue in memory, memorial, and symbol.

Statues of Saddam Hussein were torn down after the United States defeated his army in 2003.  The Americans were determined to do it swiftly and comprehensively, as it sent a signal to the Iraqi street, “we’re here and here to stay.”  One only needs a modest familiarity with World War II to know how universally despised the Swastika is in the west (and world).  So why is there much debate over the persistence of Confederate statues?

An Example of a Bad Take

Remember, as historians or journalists, the long view of things should always be a guiding principle.  I do not have any moral feelings about statues, they represent a time and place, and their removal does the same.  I would prefer to see no historical monument destroyed (maybe moved, to a museum), but I also acknowledge the act of removing these statues as new historical symbols.  So as these events rage on, I read defenses of these statues (at least in the US) and I find the arguments facile and poorly conceived, from a historical perspective.

“Many Confederate monuments in the south were erected in the mid-20th century as a sort of protest against civil rights for African Americans. And some violent extremists, such as Dylann Roof, idolized the Confederate flag for explicitly racist reasons. But the same wasn’t true for the friends and neighbors I knew who owned Confederate flags. Most of them flew these flags not as any kind of political statement about race relations, but because they believed it was connected to their lineage. The Civil War was a war over slavery, and Georgia was on the wrong side of history. But ordinary Georgians suffered tremendously as General Sherman’s armies delivered history’s verdict in late 1864. Stories of battlefield defeats, scorched-earth tactics, and the humiliation accompanying Atlanta’s destruction created a narrative of victimization that was passed down from one generation to the next. Flag defenders’ claims that they were motivated by “heritage, not hatred” generally struck me as sincere.”

I actually agree, it is undeniable there is a heritage to the Civil War and being a Southerner, but that is exactly the point; civil wars destroy heritages in order to unite in the name of the state.  It seems Southerners were afforded an officially sanctioned “dual-consciousness” about America, but was that a healthy choice?

Jilani goes on to discuss the Vietnam Memorial in Washington D.C., he says he is disappointed that our war memorials only pay tribute to our fallen and not the dead of those we fought, like the Vietnamese.  “Ideally, we would build a wall many times longer on the Mall to pay our respects to the Vietnamese, Laotians, and Cambodians who lost their lives as well. That doesn’t mean I begrudge the memorializing of American soldiers fighting (as I see it) an unjust war, only that I’d like to see the suffering of others recognized, too” he says.

Does Jilani really mean this or is this merely a rhetorical position meant to buttress a political position too difficult to take at face value today?  If in the US we paid tribute to the victims of US foreign policy or slavery in any large-scale way, we would be talking about a completely different version of the US.  People are tearing down those statues in part because we do not recognize the lives of the “other.”

All other defenses of the statues resemble some version of Jilani’s argument and his is the most well thought out, thus I will not survey all “heritage” arguments.  But the removal of the statues are not really the problem, the problem is it has become clear that we have reached a point of potential national fragmentation in the United States.  The shared national heritage is increasingly thin.  This is a problem the whole Western World is facing, but ill equipped to deal with; western elites see this problem as a lack of assimilation or adaptation.  But with globalization and technology (driven by capitalism) maintaining a smaller world, the paradigms of assimilation and adaptation no longer hold.  It’s time we rethink our humanity in ways that reflect it as a whole, not as a particular civilization.  Its time to erect new symbols, pursuant to new paradigms, together.