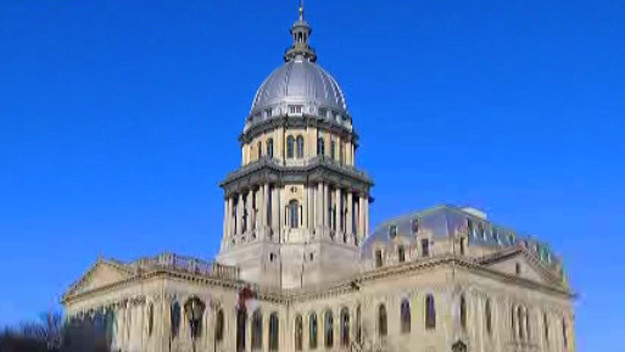 CHICAGO (CBS) — Gov. JB Pritzker has signed a $43 billion state budget that relies heavily on a federal loan to make up for tax revenues that have plummeted during the COVID-19 pandemic.

“The COVID-19 pandemic highlighted the enormous role government plays in keeping communities safe and providing the tools people need to build better lives,” Pritzker said in a statement on Wednesday. “While the pandemic has had a devastating impact on our state revenues, investing in our people will allow the state to rebound and recover from this pandemic as we safely re-open. I will continue to advocate for a national program to support state and local governments to make up the difference in the revenues that fund vital services like hospitals and salaries for teachers and first responders.”

The spending plan essentially maintains budget levels from last year, but does not count on any increased revenue from a proposal to pass a graduated income tax that will appear on Illinois ballots in November.

The budget is built on the need to borrow $5 billion from from a federal reserve program designed to help states during the pandemic, and relies on another federal stimulus package from Congress to pay back the loan. That stimulus plan passed the U.S. House of Representatives last month, but is uncertain for the U.S. Senate. Illinois House Majority Leader Greg Harris, however, expressed confidence that federal aid will come through.

“So the belief is that eventually, there will be a compromise that will help all of the states,” Harris said.

The nonpartisan Civic Federation’s Laurence Msall said that is a big “if,” which is a concern.

“It was not perfect,” Msall said. “It is a guess at what’s going to happen.”

Under the new budget, all state schools will get the same amount of funding – stay-at-home order or not. The budget also has $20 million in public health grants to help hospitals impacted by the COVID-19 pandemic.

A Chicago casino is also now possible, which proponents – including Msall – said will help fund pensions.

But the timeline for that, too, is unknown.

“It’s good that we have a budget. It’s better than they years when we didn’t have a budget,” Msall said. “But the work in Springfield is not done.”

Lawmakers also failed to pass any legislation that would allow them to meet virtually, if need be, sometime in the fall.