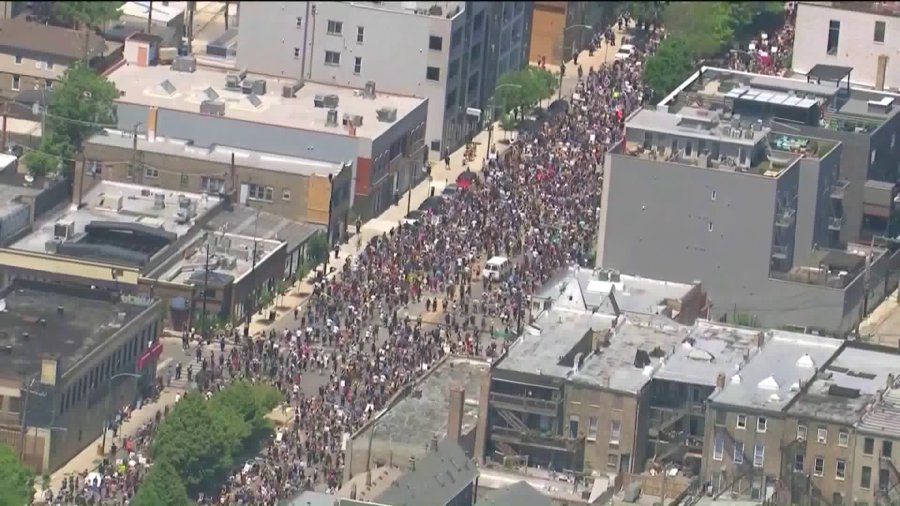 CHICAGO — Protesters who gathered at Union Park marched through the city’s West Side on Saturday afternoon, as the city prepared for another weekend of rallies.

A protest called “Chicago March of Justice” started at 11 a.m. Saturday in Union Park, just hours after Friday’s protest ended. Thousands were in attendance Friday as they marched on the West Side. The protest was mostly peaceful. It was organized by the Chicago Public School community and the Black Youth Project.

Follow our live blog for the latest updates throughout the day:

Mayor Lori Lightfoot announced a series of preemptive measures to prevent a repeat of last week’s civil unrest in the city.

The mayor said she plans to allow residents to exercise their First Amendment rights while still protecting businesses.

Mayor Lightfoot held a press conference on the South Side Friday evening to discuss the changes and express dismay with Chicago officers who have been accused of disorderly contact in the last week.

In it, she said over 300 city trucks, from the Department of Streets and Sanitation and Water, will provide strategic traffic support at more than 175 businesses across the city. The mayor said a focus will be on South and West side businesses after many were looted and damaged last weekend.

The city will deploy additional security from local, state and federal partners to protect those businesses.

Business owners can text CHIBIZ to 67283 to opt-in to received targeted emergency alerts for the business community.

Additionally, Grant Park and Union Park will open up this weekend to give more space for protesters to express their outrage.

Traffic will also be restricted. Lake Shore Drive was closed in both directions from Fullerton Avenue to 31st Street Saturday morning. Bridges are also closed downtown and exits off of I-90 and I-94 were also closed.

CTA also announced service disruption into downtown. Starting 5 a.m, CTA buses and the Red and Blue lines will not run in parts of downtown at the request of public safety officials. For more information about service changes, visit the CTA’s website.

About 12,000 people on Facebook said they were interested in attending the rally, and 6,000 said they will be attending. 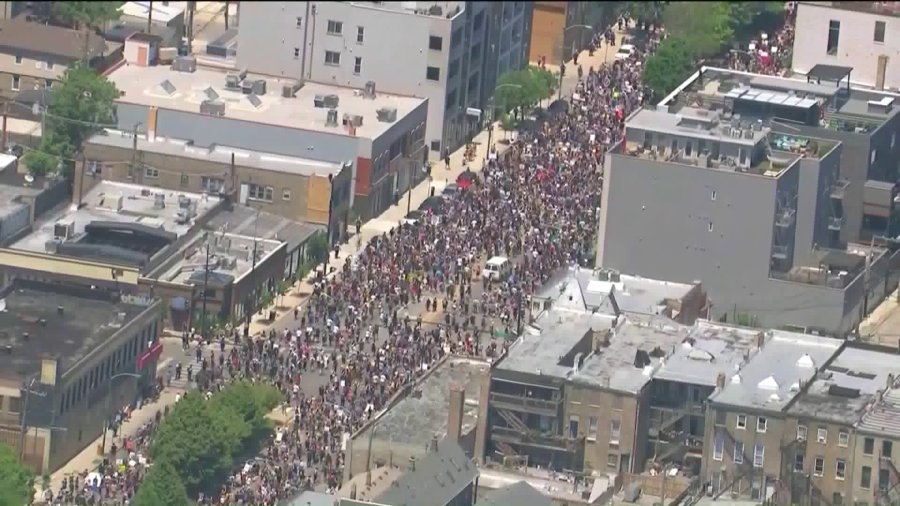