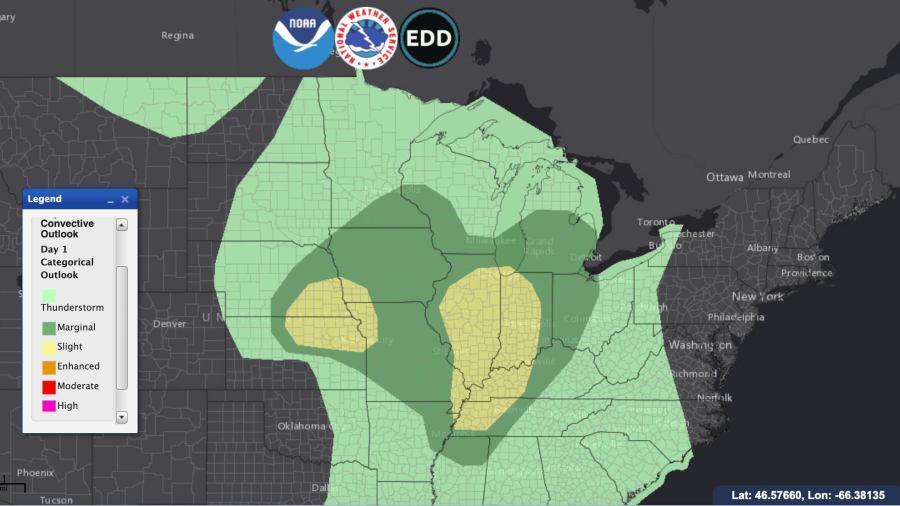 BREAKING WEATHER UPDATE: A Severe Thunderstorm Warning has been issued for McHenry and Lake (IL) counties until 4:15 p.m.

It coincides with a Severe Thunderstorm Warning issued Cook and DuPage Counties until 3:45 p.m.

Earlier, a Severe Thunderstorm Warning was issued for northeastern Cook County until 3:30 p.m.

According to the National Weather Service, a severe thunderstorm was located over Alsip at 3 p.m. It was moving north at 55 mph.

Meanwhile, a Wind Advisory remains in effect until 10 p.m. Tuesday.

Weather conditions are expected to go downhill Tuesday afternoon as Tropical Storm Cristobal’s remnants sweep into the area, bringing with them the threat of scattered severe T-storms embedded with the system’s rains–a few potentially capable of spinning up small tornadoes and generating strong wind gusts in harder hit areas of the Chicago area. Note the term “scattered.”

Tropical weather systems bring with them unusual levels of moisture and a high degree of instability. It currently appears the greatest threat some storms may be severe will occur from roughly Chicago south.

Winds are to strengthen today and “squally” (i.e. “windy”) rains–some with thunder–are slated to sweep into sections of the area, reaching Chicago in the 2 p.m. to 4 p.m. time frame, with the heaviest waves of rainfall to traverse parts of the area in waves — especially in the 4 p.m. to 10 p.m. time frame (though scattered showers will continue into the pre-dawn hours and from time to time Wednesday).

Current projections place many rainfall tallies in the area in the 0.40 to 1.40″ range–but a few areas may see 2 to 3″ totals. Far and away, the heavier totals with Cristobal are to hit areas west of Chicago in eastern Iowa and far western Illinois and Wisconsin and running from eastern Missouri north into southeast Minnesota.

For the latest forecast and more visit wgntv.com/weather. 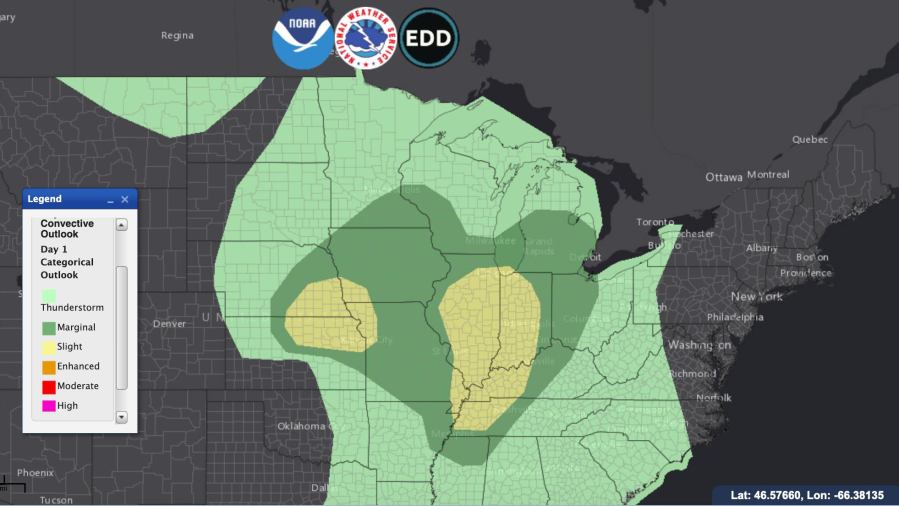