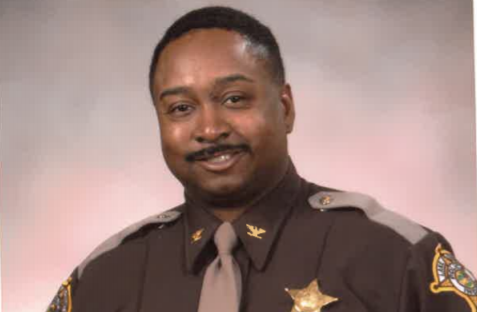 MUNSTER, Ind. (CBS) — It was 1 a.m. on the fourth floor of Munster Community Hospital when Jamal Williams—described by authorities as a psychiatric patient–began attacking a nurse. Police say Williams, 22, of Lansing, disarmed one of the officers — shooting Askew in the shoulder, which later turned fatal. The other officer shot and killed Williams

That other officer survived, as did the nurse under attack.

“He died so someone else could live,” said Askew’s daughter, Dajanay. “And that is the type of officer that I personally want upon duty.”

Dajanay Askew says her father, known as Kurt to friend, jumped in to save a neighbor’s son during recent flooding in Northwest Indiana. He will not be with her when she receives her master’s degree in December, but he was there for *everything* else.

“He always put his family first and he put me first,” Dajanay said. “He provided me with an awesome life.”

“I have only one parent left now, but my dad put his life at risk to save someone else.  And he has character.”

As for the life of the patient that set this tragedy in motion, his family tells CBS 2 he was a proud senior on the Western Michigan University football team. Williams was listed on the Broncos roster as a 6-3, 290-pound defensive tackle who earned a varsity letter last season, playing in nine games. He went to Thornton Fractional North High School.

Family is wondering whether the psychiatric issues that put him in the hospital were football related. They hope for clarity on that question