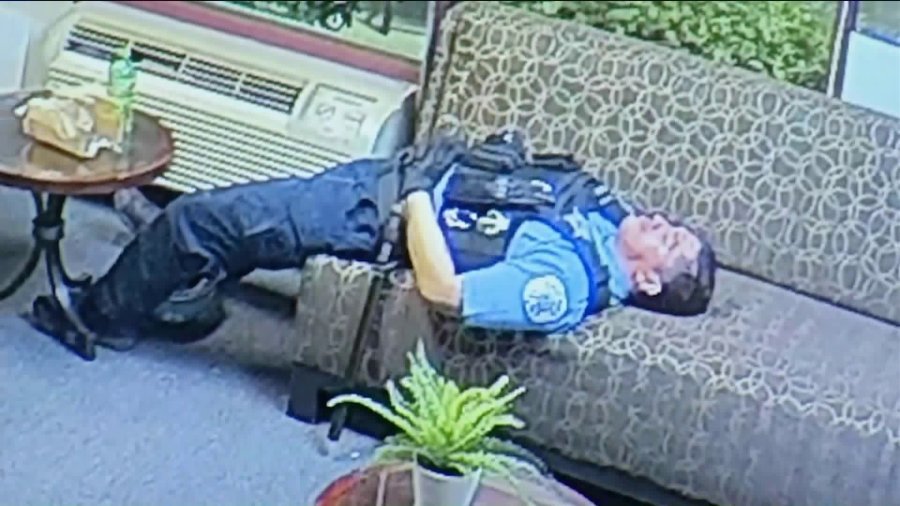 Surveillance video taken inside the longtime congressman’s South Side campaign office in the early hours of June 1 shows a group of officers sitting, making popcorn and in one case napping, “while small businesses on the South Side were looted and burned,” Lightfoot said.

“Officers were on the front lines truly taking a beating, and these guys were lounging, in a congressman’s office,” Lightfoot said.

Lightfoot joined Rush and police officials during a press conference Thursday in which they shared images from the videos while saying the officers involved would be held accountable once they are identified.

“I can tell you one thing for certain — not one of these officers will be able to hide behind the badge and go on and act like nothing ever happened; not anymore, not in my city, not in your city,” Lightfoot said.

“This was at worst, misconduct. This wasn’t police shooting somebody,” Catanzara said. They made it sound like when they called the press conference they were going to have police on video stealing stuff and graffitiing the building and tearing apart his office. They were sitting there protecting it.”

Rush’s office in the Grand Boulevard Plaza at 55th Street and South Wentworth Avenue was burglarized on Sunday, May 31. Afterwards, he said staff members notified him that surveillance footage showed officers “lounging” inside the office as looters were targeting nearby stores.

“While looters were tearing apart businesses within their sight, within their reach, they were in a mode of relaxation and they did not care about what was happening to business people, to this city,” Rush said.

Lightfoot said the video shows officers inside the office starting around 1 a.m. on June 1, with a core group coming and going over the course of four or five hours. As many as 13 officers were in the office at one time, Lightfoot said, including three supervisors.

Rush brought the video to City Hall Wednesday night, he said, where Lightfoot viewed it with Chicago Police Department Superintendent David Brown and other police officials.

“I asked last night when we were all assembled looking at these pictures and videos for anything that could even remotely be defensible here, and to a person each one said no,” Lightfoot said.

VIDEO: Looters target stores in the Grand Boulevard Plaza on the morning of May 31

While police have had days off cancelled and have been working long shifts, Brown said the video “reflects on our leadership,” while calling on officers to not tolerate misconduct.

“If you sleep during a riot, what do you do on a normal shift?” Brown said. “Let’s now be the good cops who root the bad cops out of this profession.”

Mayor Lightfoot also said she believes now is the time to act on licensing for police officers, and she’ll work with the governor on legislation. 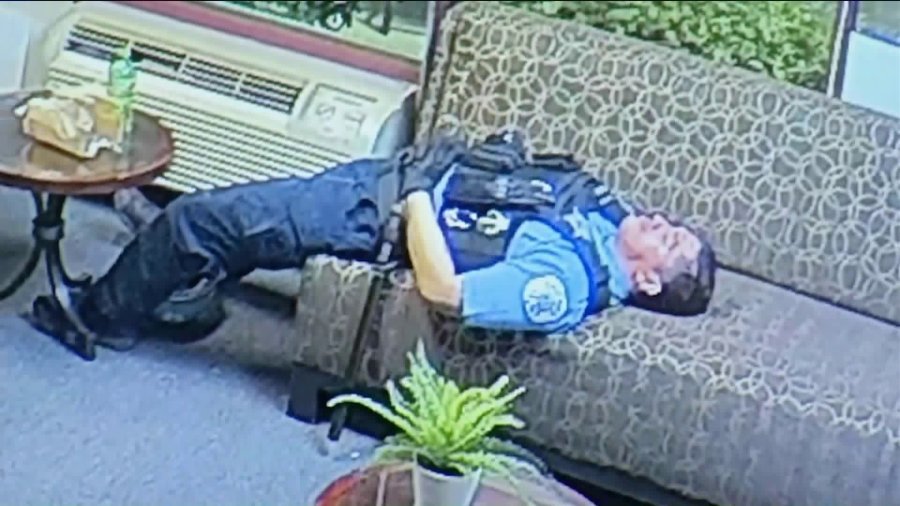