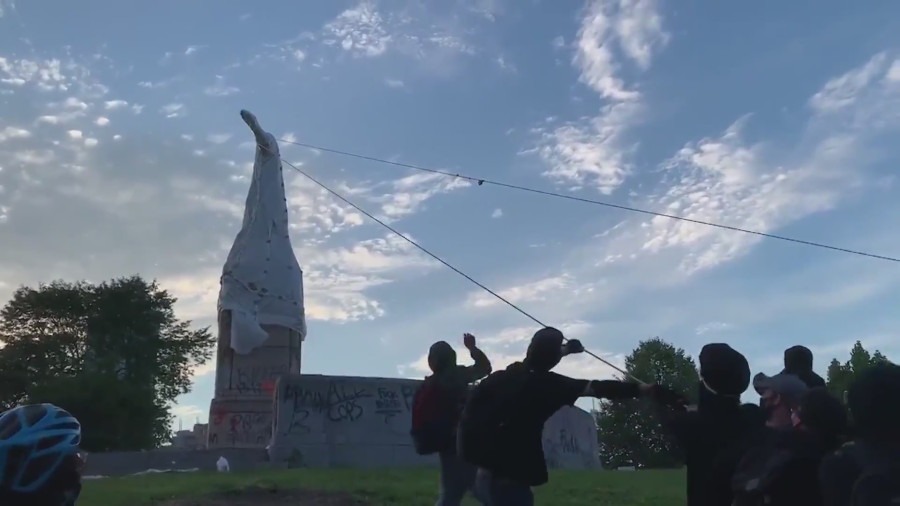 The protest started as a peaceful Black Lives Matter rally downtown. The crowd eventually moved to the statue around 7 p.m. near Columbus Drive and Roosevelt Road in Grant Park. About 1,000 people rushed the statue, which is when the chaos ensued.

Protesters tried to yank down the statue of Columbus. Columbus Day has in recent years been controversial because the day has been used to commemorate the Italian explorer who claimed to have discovered the region now known as the Americas in 1492. The area was already populated by indigenous people and some have argued that Columbus’ actions led to their genocide.

Those opposed to renaming the holiday argue that the day is meant for celebrating Italian heritage and historical contributions.

At Friday’s protest, demonstrators at one point threw fireworks, cans and rocks at police officers who used batons. Some people climbed the wall surrounding the statue and some tried for 30 minutes to bring it down.

“They tear gassed real people,” one protester said. “They threw bricks at real people, and hit batons on real people to protect the statue. So when we say, ‘Who do you protect and who do you serve?’ It’s a statue of Christopher Columbus.”

Those arrested at the protest may face charges including mob action and battery to a police officer.

On Saturday morning, there was still a police presence near the statue.

Police said 18 officers were injured during the rally. Four civilians were hospitalized Friday and their conditions are unknown. 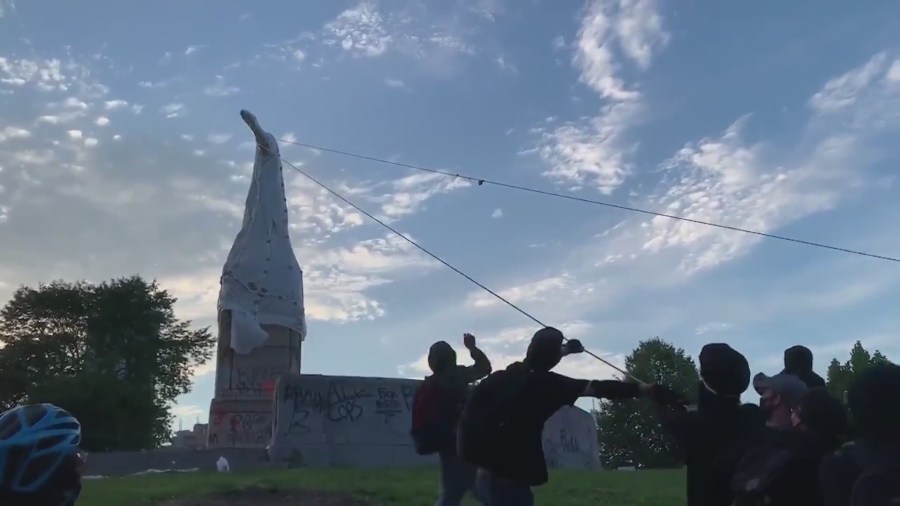