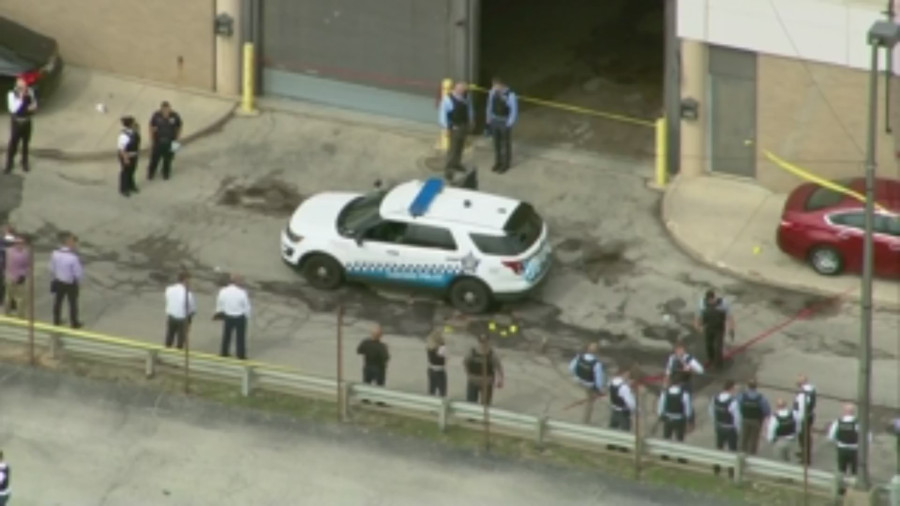 CHICAGO — Three Chicago police officers and an offender were wounded in a shooting on the city’s Northwest Side Thursday. Two other officers were also taken to the hospital.

The shooting occurred near the 25th District police station at 5555 West Grand Avenue around 9:30 a.m. Police said it occurred during an attempt to arrest a person for a carjacking that occurred in June.

Police said it is unknown at this time if the person arrested had a gun and officers missed it in their search or if the person was able to get a gun from the officers.

One officer was taken to Illinois Masonic Hospital in critical condition and underwent surgery for a gunshot wound to the neck. At 11:30 a.m. doctors said they are working to stabilize him.

The second officer was taken to the hospital after he was shot in the bullet-proof vest.

A third officer was wounded in the hip.

Two additional officers were taken to the hospital with chest pains, according to police.

The offender was also wounded and taken to the hospital. His condition is not yet known.

“Today is a searing reminder of the danger our men and women of our Police Department face every day they put on their uniforms and leave their homes,” her tweet said. 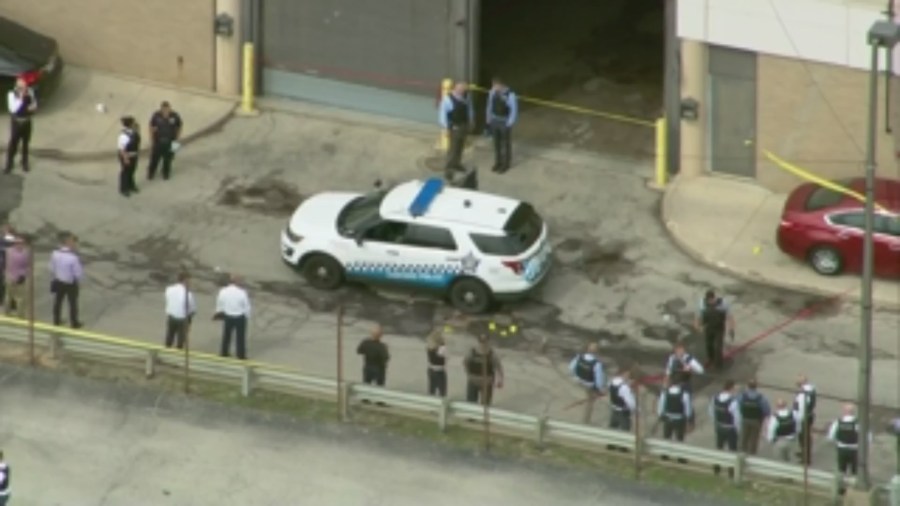