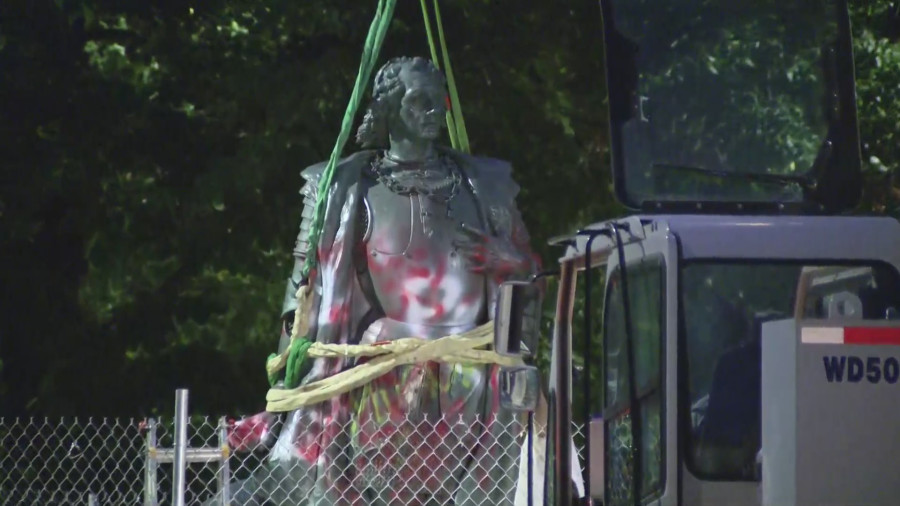 CHICAGO — Under Mayor Lori Lightfoot’s orders, two statues of Christopher Columbus were taken down from both Grant Park and Arrigo Park in Little Italy — a week after protesters trying to topple the monument to the Italian explorer clashed with police.

Crews used a large crane to remove the statue from its pedestal as a small crowd gathered to watch. The crowd cheered and passing cars honked as the statue came down about 3 a.m. Friday. Several work trucks were seen in the area, but it was unclear where the statue would be taken.

A second statue of Columbus was also removed about 5:30 a.m. Friday from Arrigo Park in Chicago’s Little Italy neighborhood. Several Italian Americans had been guarding the statue, considering it a celebration of their immigrant heritage. They accuse Lightfoot of caving in to activists.

Last Friday, police and protesters clashed at a rally in front of the Christopher Columbus statue in Grant Park. Chicago police say protesters attacked several officers, while Black Lives Matter Chicago says their members were gassed, hit with batons and arrested for exercising their right to freedom of assembly.

Forty-nine officers and 18 civilians were injured. The Civilian Office of Police Accountability is investigating 20 complaints of police brutality.

The following statement was released from Mayor Lightfoot’s office regarding the Columbus statues:

The City of Chicago—at Mayor Lightfoot’s direction—has temporarily removed the
Christopher Columbus statues in Grant Park and Arrigo Park until further notice.
This action was taken after consultation with various stakeholders. It comes in
response to demonstrations that became unsafe for both protesters and police, as
well as efforts by individuals to independently pull the Grant Park statue down in an
extremely dangerous manner. This step is about an effort to protect public safety
and to preserve a safe space for an inclusive and democratic public dialogue about
our city’s symbols. In addition, our public safety resources must be concentrated
where they are most needed throughout the city, and particularly in our South and
West Side communities.

Over the coming days, Mayor Lightfoot and the City will be announcing a formal
process to assess each of the monuments, memorials, and murals across Chicago’s
communities, and develop a framework for creating a public dialogue to determine
how we elevate our city’s history and diversity. As the Mayor has stated previously,
this is not about a single statue or mural, but how we create a platform to channel
our city’s dynamic civic energy to collaboratively, purposefully and peacefully
reflect our values as Chicagoans and uplift the stories of all of our diverse city’s
residents, particularly when it comes to the permanent memorialization of our
shared heritage. 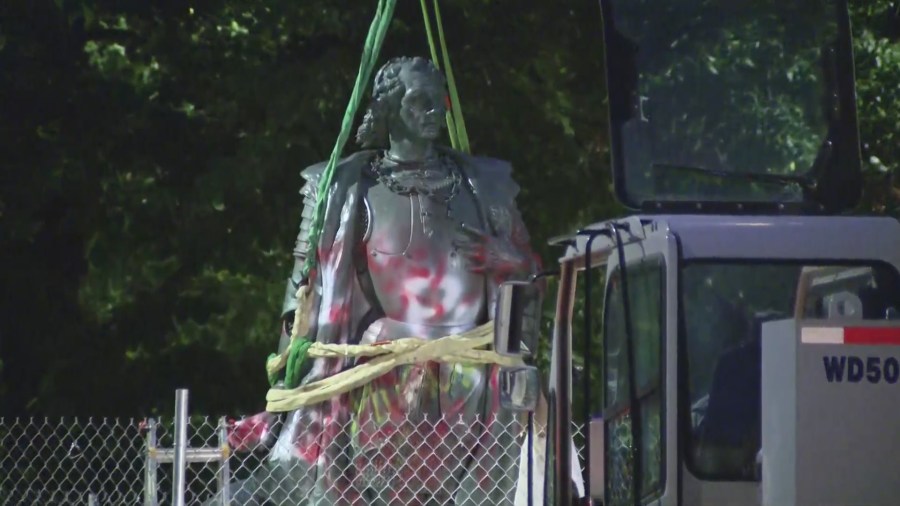