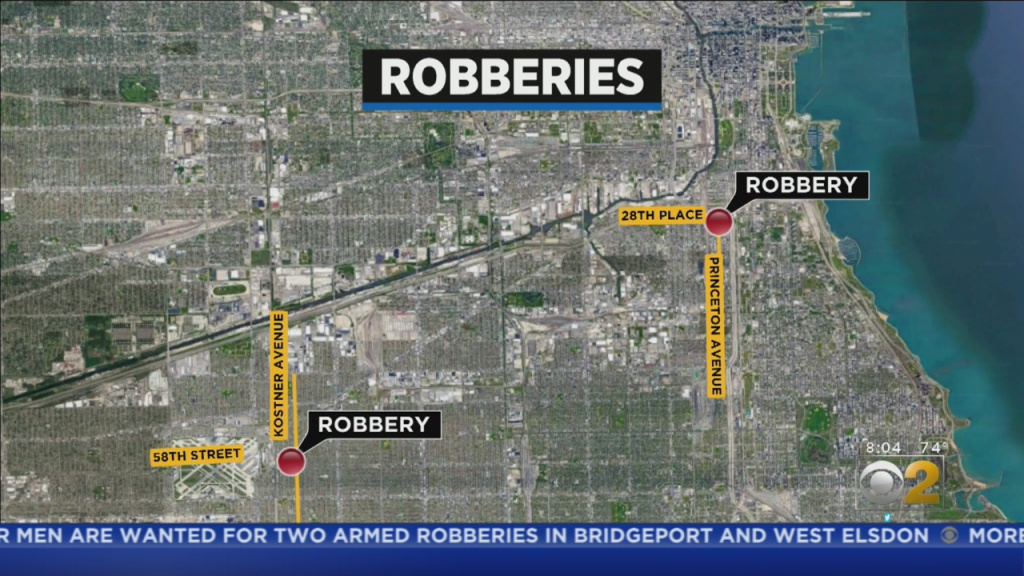 The men went up to victims with handguns and robbed them before getting away in a red Buick sedan, police said. The car had tinted windows, chrome wheels and a broken tail light on the back passenger side.