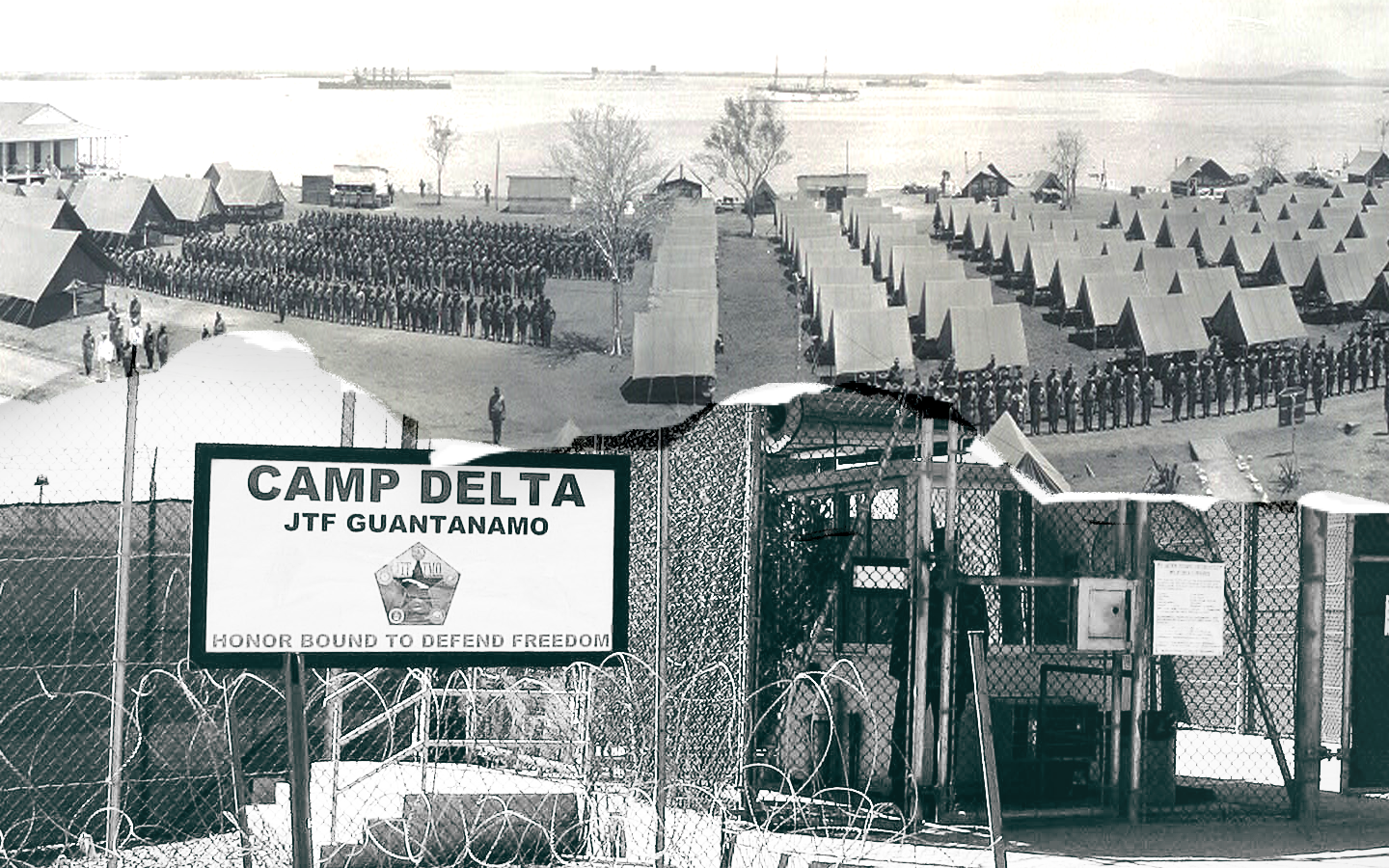 The United States claimed the land that is Guantanamo Bay, known as GTMO or Gitmo, in 1898. Marines took over the 45-square-mile territory during the Spanish- American War, and America has controlled the land since. In 1903, newly independent Cuba entered into a deal with the U.S. to lease the land for $2,000 in gold annually. A treaty signed in 1934 gave the U.S. permission to lease the land indefinitely until there be mutual agreement they leave. The Cuban Revolutions ended in 1959. The United States’ response to Castro’s overthrow of Cuba was an ultimately unsuccessful state funded takeover. Tensions were high, and the incident led to the Cuban missile crisis. Cuba stopped cashing the rent checks, but due to the 1934 treaty the U.S. did not, and does not, have to leave until there is mutual agreement. By 1964, Castro shut off the water at Guantanamo, and the U.S. shipped in drinking water until they built a desalinization plant.

In 1991 Haiti suffered through a military dictatorship, and President H.W. Bush announced a tent shelter would be built on Guantanamo for fleeing Haitians.[6] Forced repatriation began shortly thereafter in February 1992, and the administration argued that refugees at Guantanamo were not entitled to rights afforded in the U.S. because they were being held in Cuba. This same argument was used by the second Bush administration to explain the legal trap of Guantanamo. In 1993, a federal judge ordered the refugee camp closed. The judge stated the camp was an HIV prison camp surrounded by wire and subjected to pre- dawn military sweeps, where people lived under threat of abuse. Despite this, thousands of Haitians sought shelter on Guantanamo following continued uprisings.

Meanwhile, the U.S. built tent cities along the border to detain Cubans attempting to flee to the U.S. The conditions of these camps were so unbearable that multiple detainees committed suicide. The detainee experience contradicts the Department of Defense statement on Guantanamo conditions in 2004, where they referred to migrants’ time in base facilities, and spoke to the close community Americans have on Guantanamo. Within the camp, children were suffering from curable illnesses like pneumonia and diarrhea. Despite inhumane treatment of Cuban and Haitian refugees, the 11th Court of Appeals of Atlanta ruled in 1995 detainees at Guantanamo could be forcibly repatriated because the rights guaranteed in the Constitution only extend within U.S. borders. The last refugees left Guantanamo by 1996. Bill Frelick, Director of Policy with the U.S. Committee for Refugees, stated Guantanamo was more suited as a prison than a shelter. Until 2002, Guantanamo sat relatively unmoved, with marines watching the border and diplomats processing refugees and asylum seekers.

September 11, 2001; nineteen men hijacked four commercial airplanes, and  2,977 people were killed in and from the attack. In an immediate response to 9/11, President Bush declared a War on Terror, signing an executive order permitting the trial of non-citizens by special military commission. The order gave the military commissions court an extraordinary amount of power, enough to violate due process rights guaranteed by the U.S. The individuals subject to the order was written to mean any individual who is not a United States citizen and:

“(1)  there is reason to believe that such individual, at the relevant times, (i) is or was a member of the organization known as al Qaida; (ii) has engaged in, aided or abetted, or conspired to commit, acts of international terrorism, or acts in preparation therefor, that have caused, threaten to cause, or have as their aim to cause, injury to or adverse effects on the United States, its citizens, national security, foreign policy, or economy;….”.

The vagueness of the order resulted in an acceptance of men detained in Guantanamo with little to no information on the attacks. Donald Rumsfeld, Secretary of Defense, as well as the President, referred to the men who were brought to Guantanamo strictly as ‘unlawful combatants’ as opposed to ‘prisoners of war’ (POWs). By definition, POWs are entitled to basic rights guaranteed at the Geneva Convention. The choice to use ‘enemy combatant’ vocabulary resulted in the disregard for commitments made to humane treatment of combatants.

Guantanamo was being built when the first men arrived, and Camp X-Ray left prisoners almost completely outside and vulnerable to the elements.The first men arrived to Guantanamo on January 12, 2002, four months after 9/11. Human Rights Watch Director Jamie Fellner wrote, “As a part of the Geneva Conventions, the United States is required to treat every detained combatant humanely, including unlawful combatants… The United States should not be transporting detainees to Cuba until it can provide decent shelter”. Despite, prisoners were transported to Guantanamo until roughly 780 men were detained for connection to the 9/11 attacks. The men arrived at Guantanamo in orange jumpsuits, surgical masks, and blackout goggles. They were placed on their knees, and their sight was completely blocked. The Pentagon news pool was forbidden to document the first arrival of prisoners.

In 2002, 629 men arrived at Guantanamo. Between the prisoners, most men were citizens of Afghanistan and Saudi Arabia. On more than one occasion the U.S. military dropped flyers into villages in Afghanistan offering wealth and power beyond one’s dreams in exchange for a member of Al Qaeda or the Taliban. The bounty of $5,000 was more than many Afghans made yearly. The result was an ‘explosion of human trafficking’ as citizens and armed groups turned men in for involvement despite the lacking legitimacy of the claims. Special Agent Robert McFadden stated the first group of detainees were “not anyone approaching even the most liberal interpretation of a ‘high- value detainee’”, and that despite having spent 15 months investigating an Al Qaeda bombing, the detainees were ‘nobodies’. Nevertheless over the last 18 years nearly 800 men were held at Guantanamo, and 40 remain today. The history of Gitmo is merely an introduction to the travesty that is the prison.