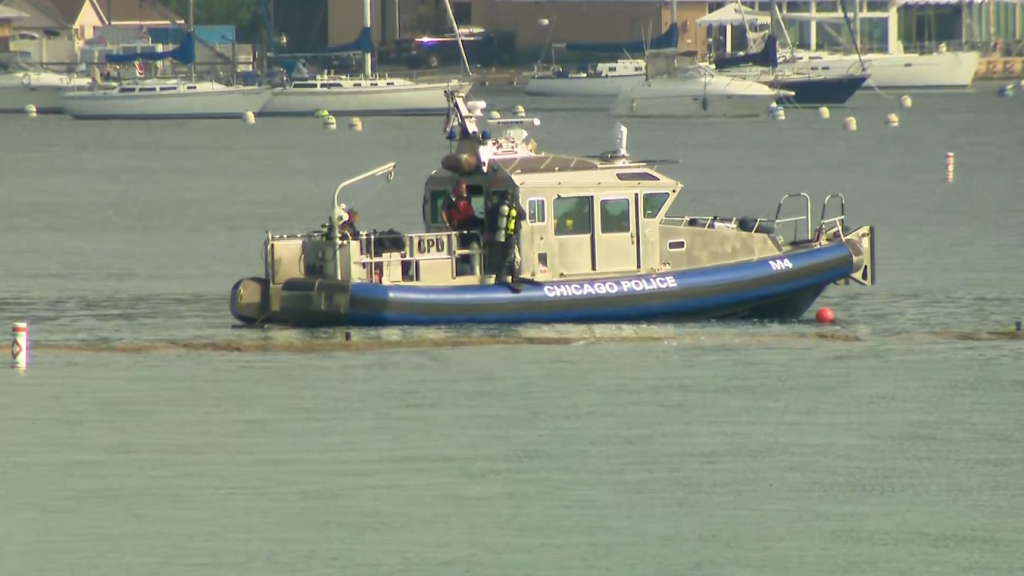 CHICAGO (CBS) — A woman’s body was recovered from Lake Michigan on Wednesday, about 12 hours after a boat hit a breakwall in Monroe Harbor near the Shedd Aquarium as a storm was blowing through.

Chicago Fire Department Deputy District Chief of Marine Dive Operations Jason Lach said a group of 12 to 16 friends was on the boat enjoying the evening during the hot weather Tuesday night. Four of them had gone into the water for a swim, when the weather picked up around 9:30 p.m., and blew the boat into the breakwall.

Lach said none of the swimmers was wearing a life preserver. All but one swimmer was accounted for after the boat hit the wall, and CFD crews, the Chicago Police Department Marine Unit, and the U.S. Coast Guard launched a search for the missing woman, but later suspended the search due to darkness and weather conditions.

The search resumed Wednesday morning, and around 9 a.m., divers located the woman’s body with the help of sonar equipment. Her name and age have not yet been released.

Chicago's Lakefront is one its true treasures. However, please understand that weather conditions can change quickly. Every passenger on a boat should wear a PFD (personal flotation device). Enjoy the weather and Lake Michigan but let's do so safely. pic.twitter.com/8D3ZjlLAxP

Lach said Lake Michigan is at record high levels this summer, making it difficult for boaters to see some of the breakwalls on the lake.

“Some of the barriers, breakwalls, and jetties that we usually use for navigational purposes – and to protect the erosion off of our beaches – have become partially submerged to fully submerged,” he said.

At least three other boats have hit breakwalls at night this summer, according to Lach. He said boaters need to make sure they know where they’re going when they go out on the lake, and have a backup plan ready if bad weather moves in.

Lach also said, while people are allowed to go swimming off of boats in Lake Michigan, everyone should be wearing a personal flotation device.

“Even the best swimmer has a bad day. We need to make sure that everybody stays safe. If you see somebody struggling, you need to say something; the earlier, the better,” he said.