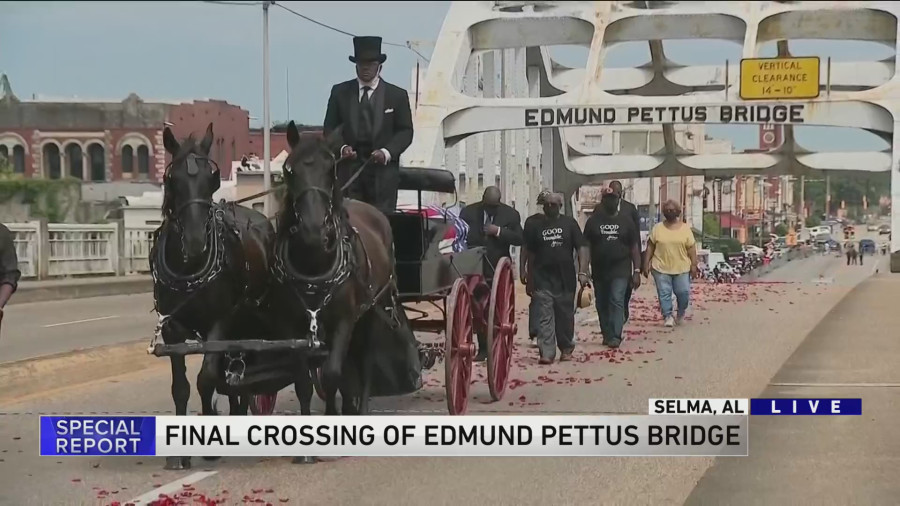 SELMA, Ala. – The late U.S. Rep. John Lewis crossed the Edmund Pettus Bridge in Selma, Alabama, for the final time Sunday as remembrances continue for the civil rights icon.

A crowd began gathering near the bridge that became a landmark in the fight for racial justice when Lewis and other civil rights marchers were beaten there 55 years ago on “Bloody Sunday,” a key event in the fight for voting rights for African Americans.

Lewis’ body will be brought to the Alabama Capitol in the afternoon to lie in repose.

A series of events began Saturday in Lewis’ hometown of Troy, Alabama, to pay tribute the late congressman and his legacy. He will lie in state at the U.S. Capitol next week before his private funeral Thursday at Atlanta’s historic Ebenezer Baptist Church, which the Rev. Martin Luther King Jr. once led.

A native of Pike County, Alabama, Lewis became involved in the civil rights movement as a young man.

In 1965, he and other marchers were beaten in Selma. The news coverage of the event help galvanize support for the passage of the Voting Rights Act of 1965.

Frank and Ellen Hill drove more that four hours from Monroe, Louisiana, to watch the procession.

Frank Hill, 60, said he remembers, as an African American child, watching news footage of Lewis and other civil rights marchers being beaten by law enforcement officers.

“I had to come back and see John Lewis cross the bridge for the last time,” said Hill. It’s funny to see the state troopers here to honor and respect him rather than beat the crap out of him,” Hill said.

Lewis, 80, died July 17 several months after he was diagnosed with advanced pancreatic cancer. 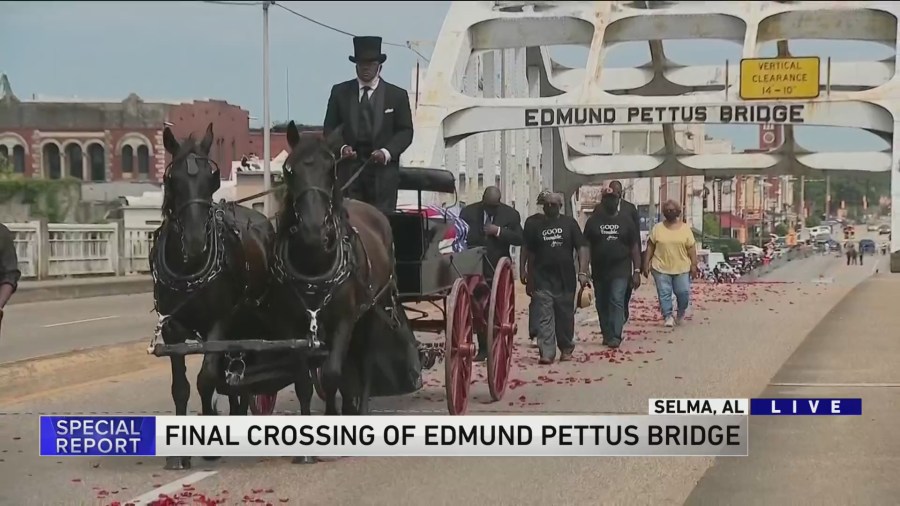