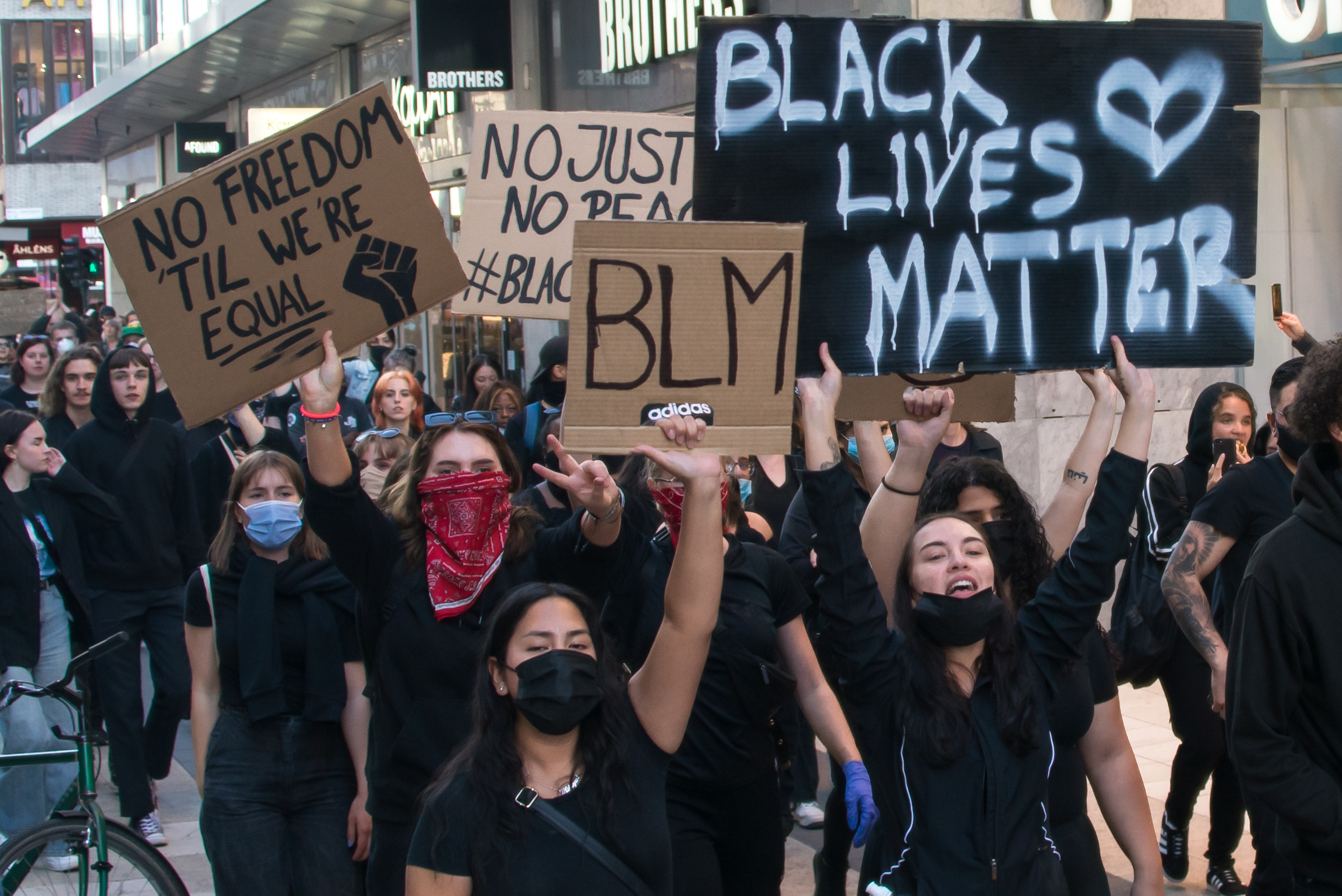 Ethan Jobson, in this blog, interviews members of the original Rainbow Coalition on their views of BLM today.

For the past few months, Chicagoans of all stripes have been protesting the police murder of George Floyd in Minneapolis, just a six-hour drive away. But this was not the first police killing that influenced mass movements in Chicago. One in fact, happened decades before the start of the Black Lives Matter movement. Over fifty years ago, 21-year old Fred Hampton, the chair of the Illinois Black Panther Party was shot to death by police as he slept in his room at the Panther headquarters, with his pregnant fiancee.

The Black Panther Party had grown out of the Black Power Movement that succeeded the 1960’s Civil Rights Movement. The Black Power Movement saw itself as fostering a black consciousness and taking it to its logical extent. The Black Panther Party, formed by Huey Newton, a black Marxist college student, did this through open carrying weapons as they monitored police patrols as was legally permitted, and providing free breakfast to children in the community, among other methods. These programs were often so effective that the city imitated them, according to Young Lord Omar Lopez. And these actions made much of black America see the Panthers as the solution to the oppression they faced.

As chair of the Illinois Black Panther Party, Hampton had forged bonds between the Panthers in Chicago and other Chicago organizations, including the Young Lords, a Hispanic leftist group which had grown out of a Hispanic gang, and the Young Patriots, a group of working class white youth who had relocated from the South and Appalachia. While racial differences separated them, they felt they all had more that united them than divided them, all facing repression from Chicago Mayor Richard J. Daley and his police force. This alliance became known as the “Rainbow Coalition”. The legacy of such a multiracial alliance was looked back on fondly over the years, Reverend Jesse Jackson even using the name to refer to his electoral coalition of supporters when he ran for the Democratic nomination for President in 1988.

As Teen Vogue notes in its reporting on Fred Hampton, these organizations took hits after his death. A member of the Young Patriots, Hy Thurman, said that after the shooting of Hampton, “All hell broke loose”, and “We were harassed. I’d wake up and there’d be cops in my apartment. All three organizations took some major hits.”

Parallels can be seen in the aftermath of the George Floyd killing. People of all races, including non-Black allies who have protested the death have been seen being beaten on with batons or run into with cars by the police. In both cases, it is clear how nonblack people who try to help with the black cause or find common cause with them face the kind of repression black people have, possibly showing the way such a multiracial alliance threatens the established order, and makes those in power feel the need to crack down on it.

When asked for further comment on parallels between the Rainbow Coalition and the Black Lives Matter movement, Thurman said “Yeah, I would see some parallels.”

Lopez, of the Young Lords, also noted the similarities, while making sure to explain the differences, and in particular the differences in situation both the Black Lives Matter Movement and the Rainbow Coalition faced.

“Police brutality has always been pretty bad,” he said. “But the 1968-69 coalition is very different than today. The violence has become more institutionalized and dangerous with militarization which wasn’t true in the 60’s.”

We can also see how economic motives helped to drive both the original Rainbow Coalition and the current protests. The original Rainbow Coalition was composed of working class and poor people of all different racial groups. Similarly, in Chicago and the nation as a whole, the Black Lives Matter Movement has gained a momentum it has never had until now amid an economic downturn and record high unemployment caused by the COVID-19 crisis, showing how class can be a valuable tie for mass movements.

Thurman himself when asked noted that the movement was most focused on the police brutality issue now, but would likely get more into the “economic situations people of color are denied, economic injustices and people being denied living wages and healthcare”.

The Original Rainbow Coalition was unable to sustain itself for long after Hampton’s death and the general police repression that followed it. Modern day activists, including in Chicago, would be wise to try and guard against this modern alliance falling apart in the same way, by holding onto the things like economic motives that unite rather than divide the movement. Because no one wants to see the same issues rearing their ugly head in another 50 years. Thurman and Lopez also provided warnings for the movement they hoped might prevent this.

Thurman warned of the need for leadership, saying “the movement has to be pulled together in terms of getting representation, who can talk to the federal government.”

Lopez added his own concerns of the movement becoming “institutionalized”, saying that when it happens to a movement, it “goes to hell.”

But both still have optimism about the new wave in civil rights demonstrations. Thurman stated “I’m not doom and gloom. This movement will create change, more than the Rainbow Coalition did.” Lopez added, “Us old timers need to sit back and only give advice when we’re asked. We need to be happy young people are rising up and hope they are able to maintain their momentum and accomplish their demands, because they are very righteous and the conditions are just right.”

One thing is for sure. the Black Lives Matter movement has much to take pride in based on this, because if anyone knows what they’re talking about when it comes to making a real difference, it is these men.