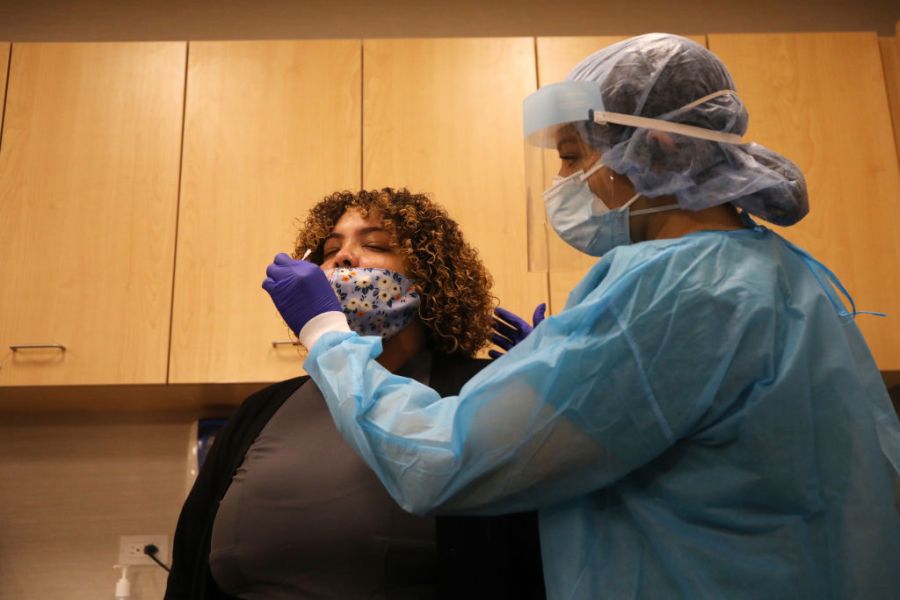 CHICAGO — Illinois health officials report 1,707 new cases of COVID-19 and 24 coronavirus-related deaths have been confirmed over the past day Thursday.

According to the Illinois Department of Public Health, the positivity rate from August 20-26 went up slightly to 4.1 percent, near the 4 percent level where it has been since late July.

The IDPH also reports over 44,000 tests were performed over the past 24 hours. While the positivity rate has been relatively consistent for weeks, the 7-day testing average has risen by nearly 10,000 tests a day, from near 37,000 in late July to around 47,800 as of Thursday.

A new state order requiring customers to wear masks while interacting with staff in bars and restaurants in Illinois took effect Wednesday.

New restrictions also took effect in the South Suburban region which includes Will and Kankakee counties Wednesday, after the 7-day positivity rate there passed the state limit of 8 percent for three consecutive days. As of August 24, the rate there remains above the limit at 8.3 percent.

Mitigation measures also remain in place in the Metro East region outside St. Louis, where the rolling 7-day positivity rate reached 10 percent as of Monday.

IDPH Director Dr. Ngozi Ezike said Wednesday that a 10 percent positivity rate in the Metro East region could lead to even stricter measures being put in place.

Ezike cautioned the rising positivity rates could lead to an increase in coronavirus-related hospitalizations, and eventually to additional deaths.

Hospital resources and coronavirus-related hospitalizations remain within state guidelines as of Wednesday, with 1,631 patients hospitalized with COVID-19, including 390 in intensive care and 151 on ventilators.

According to state data, 221 new cases of COVID-19 and 2 related deaths were reported in Chicago over the past day, while the positivity rate from August 18-24 increased slightly to 5.5 percent.

Trends in Chicago mirror those seen across the state and the country, with many new COVID-19 infections being reported among young people between 18-29 years of age.

North suburban-based Abbott Labs said Wednesday it received FDA approval for its new COVID-19 antigen test which delivers results in about 15 minutes. Abbott said he test is just about the size of a credit card and will only cost about $5 per test.

Indiana health officials said 1,164 new COVID-19 cases and six related deaths were reported within the last 24 hours, while the 7-day average positivity rate from August 13-20 came in at 6.6 percent.

“Who should have a COVID antibody test?” A doctor answers your coronavirus questions

Nationwide, just over 1 million Americans applied for unemployment benefits last week, a sign that the coronavirus outbreak continues to threaten jobs even as the housing market, auto sales and other segments of the economy rebound from a springtime collapse. 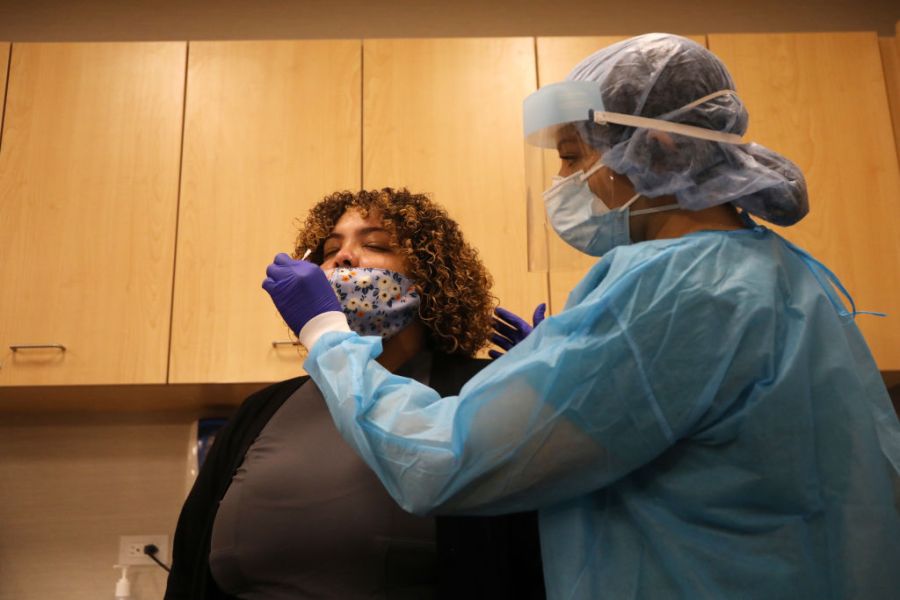