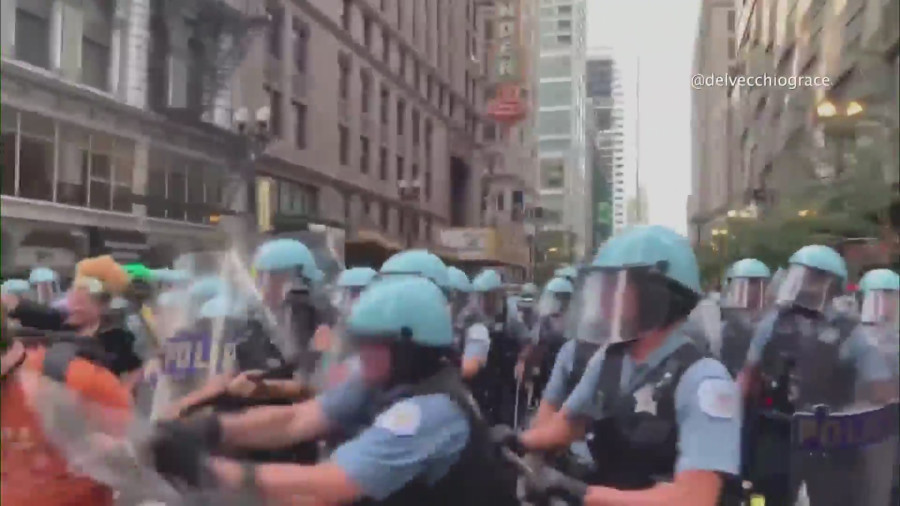 Activists are demanding an apology from police, but CPD Supt. David Brown defended the actions of the officers Monday, saying he stood shoulder-to-shoulder and witnessed what happened.

“I want to be clear, what happened this weekend with the protest that turned violent is not normal. Most protests happen peacefully. CPD will continue to do everything we can to protect the rights of peaceful protesters. But we will not stand by when people begin breaking the law,” Brown said during a news conference.

A demonstration, calling for defunding of police, was held Saturday afternoon at Millennium Park, and was organized by groups including Good Kids Mad City, Increase The Peace, and March For Our Lives Chicago.

Things escalated between police and protesters at Michigan Avenue and Wacker Drive.

A one point, video shows a protester hitting an officer over the head with a skateboard several times. Authorities charged 25-year-old Jeremy Johnson with felony aggravated battery to an officer Sunday in connection with the incident. Johnson is scheduled to appear in court Monday.

Another man, 24, was accused of hitting an officer in the face with a bullhorn. He was charged with two counts of resisting or obstructing officers. He is also schedule to appear in court Monday.

Another video shows police swinging batons and spraying chemicals at protesters. Activists say police are the ones who charged at them.

“We’re not going to let them stand out here and attempt to intimidate us by coming out here,” activist Damayanti Wallace said.

“I just want CPD, Lori Lightfoot and whoever the hell else to know one thing — this doesn’t scare us off, it only makes us stronger. We are going to keep fighting, every day if we have to,” activist India Jackson said.

“What we’ve seen in cities all across the country, not just Chicago is a continuing wave of protests. The vast majority of these have been peaceful, but we’ve also seen is people who have embedded themselves in these seemingly peaceful protests and come for a fight,” Lightfoot said. 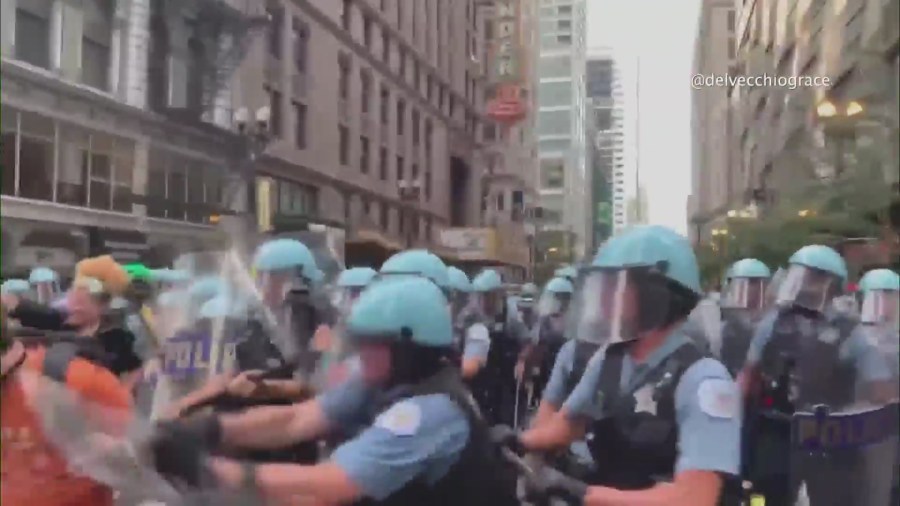