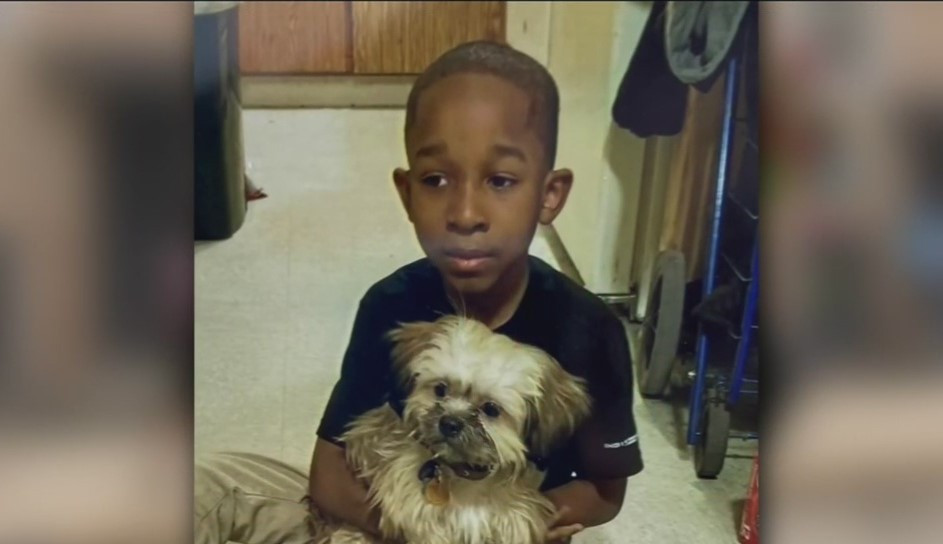 CHICAGO (CBS) — A suspect is in custody and charges are pending Monday morning in the shooting death of 9-year-old Janari Ricks, who was killed on Friday while playing in the Cabrini Green neighborhood.

“This is the best example of a community coming forward,” Chicago Police Supt. David Brown said.

Police have said, around 6:45 p.m. Friday, a gunman opened fire on a group of people behind the townhomes on the 900 block of North Cambridge Avenue – the last occupied section of the Cabrini-Green public housing development – when a bullet struck Janari in the chest.

Janari was taken to Lurie Children’s Hospital, where he was pronounced dead.

Monday morning, Chicago Police Chief of Detectives Brendan Deenihan said a suspect was in custody, and police expected to file charges within the next couple days.

“We’re not in this position without the help of the community who came forward and gave us information which allowed us to actually identify and arrest the suspect,” Deenihan said. “Currently, we are working with the state’s attorney’s office to work up the case and ensure we do everything we can to actually charge the suspect. So we are hoping, through continuing the investigation, that we will be able to secure charges in the next day or two.”

Detectives also are reviewing surveillance video footage as part of their investigation into Janari’s death. However, he said the most important factor has been

“All of the video in the world, and all the hard work of the detectives, we’re not able to arrest the suspect unless the community comes forward and actually helps us. In this case they did. We were able to make a speedy arrest,” Deenihan said.

Ald. Walter Burnett Jr. (27th) said it appears neither the shooter nor his intended target live in Cabrini Green, although they grew up there.

“Now, instead of planning for his future, Janari’s parents are arranging their child’s funeral,” he added. “Bringing this little boy’s killer to justice is the top priority of the Chicago Police Department.”

A reward of at least $4,000 was being offered for information leading to an arrest and conviction of the person responsible for Janari’s murder.

Janari is the fifth child age 10 or younger to be shot and killed in Chicago this year.

On Saturday, Janari’s mother, Jalisa Ford, described her final conversation with her child to reporters, including CBS 2’s Marissa Parra.

Good at sports, good at math, and loved by everyone, Janari was on his way to the gifted program. But Ford’s only child will now forever stay a memory in Cabrini-Green – yet another child in Chicago robbed of his future.

“I’m not mad at nobody. I just need answers on why,” Ford said. “When is it going to stop?”

Burnett said he grew up next door to the Ford family, “so it’s like my family. I’m very disturbed about this incident.”

“The unfortunate thing about this incident, all of the assumed people that was involved with this incident all know each other. Matter of fact, they’ve been knowing each other, their families been knowing each other for over 50 years,” he said. “So I empathize with the parents of the children who did what they did, but just want to say this. Although they all come from the neighborhood, they don’t live there anymore. People, you don’t live there anymore. Stop coming over to the neighborhood and doing your dirt.”

In addition to Janari, the other four children age 10 or younger who were shot and killed in Chicago this year include:

According to the Chicago Tribune, there have been 24 children age 10 or younger shot so far this year in Chicago, three times as many as the same time period last year.

Overall, shootings and murders also are up significantly this year, following an especially bloody July. Police said, through the end of July, there have been 440 murders this year, compared to 290 during the same time last year, a 52% increase.

Through the end of July, shooting incidents are up 47% compared to the first seven months of last year, the number of shooting victims is up 51%.

In the month of June alone, there were 105 murders in Chicago, an increase of 139%. According to the Chicago Tribune, June’s homicide total in Chicago was the highest of any month since September 1992, when there were 109 murders.