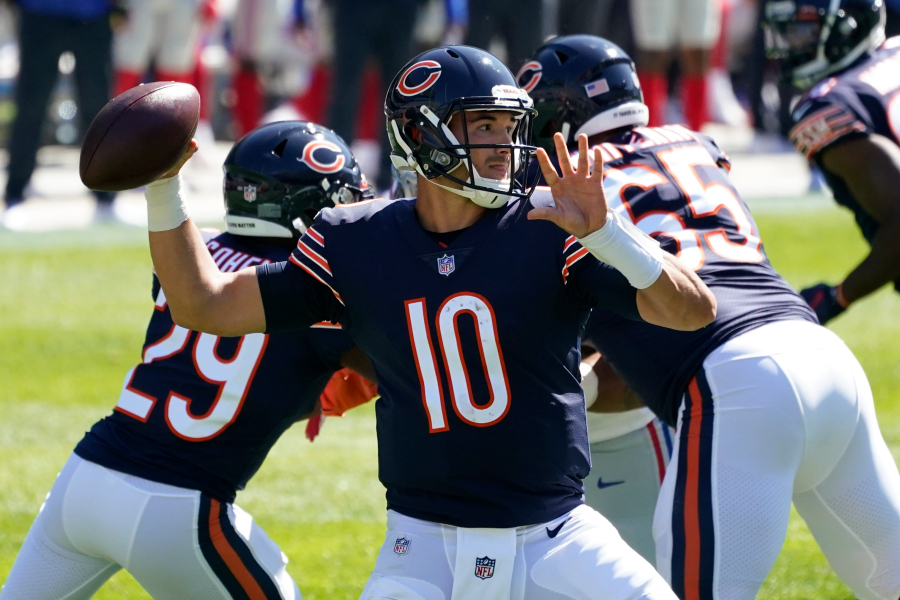 CHICAGO – All the Bears talked about this week was the need to be consistent and to have a great start to the game. It was the lesson to be learned from an opening week victory where the team overcame a sluggish start with a brilliant fourth quarter.

In their second game the season, they took one of those lessons to heart, and began their contest against the Giants as well as they have in the Matt Nagy era. The problem was they had some issues with the finish, as turnovers and inconsistent play crept back to allow New York back into the game.

But a 17-point lead would stand up for the Bears at an empty Soldier Field, as they held off a late Giants’ rally to win 17-13 on Sunday afternoon to improve to 2-0. New York would drive all the way down to the Bears’ ten-yard line with four seconds left, but a pass interference call on Golden Tate gave the home team a win.

The Bears will remain at home next week to face the Falcons in their third game of the 2020 season, and once again the team will have a lot to think about.

From a positive standpoint, the Bears were exceptionally good for the better part of the first half of the game on both sides of the ball. Mitchell Trubisky led the Bears on an opening scoring drive that included four-straight third down conversions, which were a major problem against the Lions.

The last of those plays was a swing pass to David Montgomery who weaved his way through the Giants defense for a 28-yard score to make it 7-0.

Robert Quinn, who missed the opener with an ankle injury, made his presence felt on his very first play as a Bear with a strip sack on Giants quarterback Daniel Jones. Khalil Mack recovered and it led to a Cairo Santos field goal to make it 10-0.

With the defense continuing to hold up their end, especially with the Giants losing running back Saquon Barkley to a knee injury, the offense continued to produce. In the final minutes, Trubisky led an 80-yard scoring march that he finished with another third down conversion. The quarterback eluded the rush then threw across the field for Darnell Mooney in the endzone, and his catch put the Bears up 17-0 at the break.

Trubisky was 13-of-18 for 159 yards and two throwing scores in the first half, but his fortunes were about to change.

His first pass of the second half was tipped and intercepted by Winchester native Julian Love, leading to a Giants field goal that got them on the board. Later in the third, New York went 95-yards on the Bears’ defense and punched in their first touchdown of the day on a 4th-and-1 run by Dion Lewis.

Another Trubisky interception, this time on a remarkable interception by James Bradberry, would once again help the Giants get closer. Eddie Jackson had a interception return for a touchdown wiped out by his own pass interference call and Graham Gano’s second field goal cut the lead to four.

Led by a strong rushing attack and a catch by offensive lineman Bobby Massie on an tipped fourth pass, the Bears got in position for a Santos 50-yard field goal. But the kicker missed the attempt to the left, giving the Giants one last shot on offense. 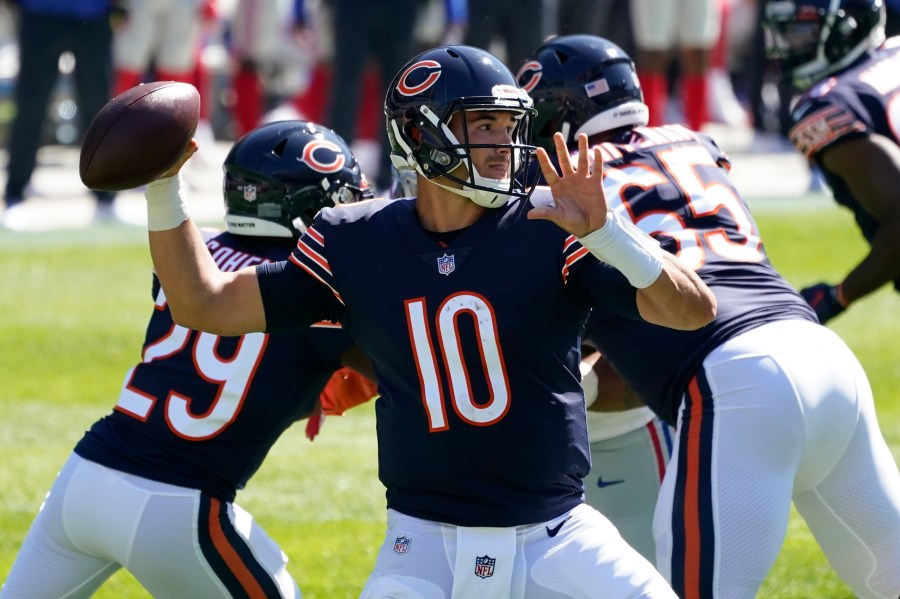