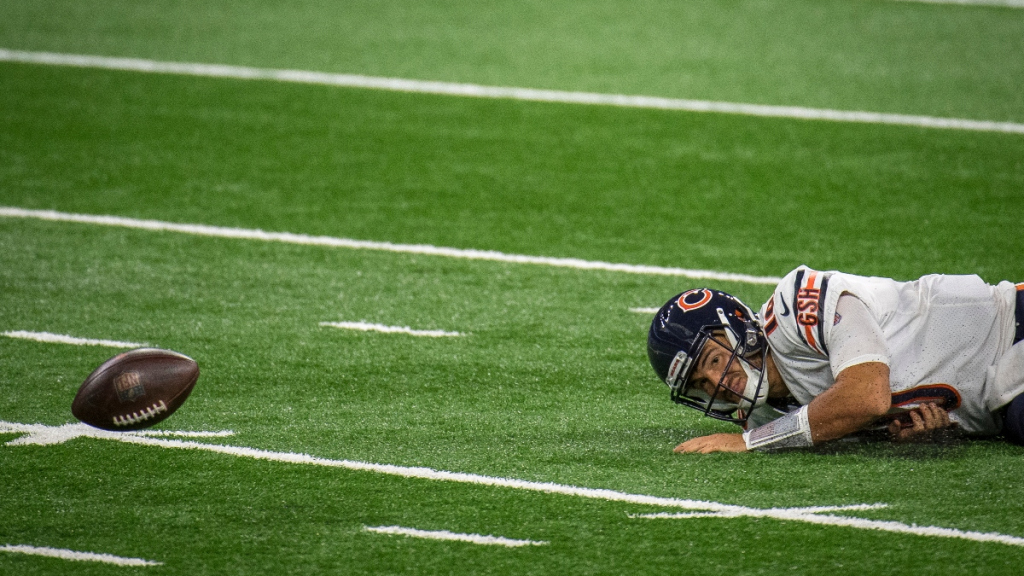 (CBS Chicago) — The Chicago Bears escaped Detroit with a win last Sunday. But for three quarters, it didn’t look like they would or were even capable of it. They managed just two field goals in the first three quarters and entered the fourth quarter down by 17 points. Then Mitchell Trubisky came alive for three touchdown passes, just as Matthew Stafford went cold.

The Bears (and the Lions) showed last season that they were prone to this sort of uneven performance. Chicago will have to solve this problem, and quickly, if they hope to improve on last season’s 8-8 mark.

“The word consistency always comes to mind here, they were a little off on some things in the early part,” according to NFL On CBS analyst Charles Davis. “They just missed a few things along the way. On third downs they were 1 of 9 going into the fourth quarter. These are things that keep you from getting to where you want to be. Those things clicked in the fourth quarter. It wasn’t magical, it wasn’t mystical or anything like that. They just played at a really high level during that time frame. That’s why I come back to the word consistency.”

Trubisky won the starting job over Nick Foles, but his performance for much of the game suggested maybe he didn’t deserve to. In the first half, he missed open receivers with whom he didn’t even seem to be on the same page. The Bears offense failed to capitalize on drives. Trubisky’s game stats were respectable — 20-36 for 242 yards and three touchdowns — but they belie the inconsistency the offense showed for much of the game.

“You can’t in this league, and they know it,” says Davis. “I’m not telling them anything they don’t know, the idea that you can walk that kind of a tightrope and be a high wire act for 16 weeks and come out on the plus side? You know better. It doesn’t work that way. You can’t be down 23-6 and win games consistently. Can you play better the first three quarters is going to be the key for them. Can you be the team you want to be all the way through without it having to be a dramatic ending? I think that’s what they’re looking for. Get off to a better start, make better plays and then be able to go from there.”

The inconsistency extends to the defensive side of the ball too. Stafford went 24-42 for 297 yards and a touchdown. Adrian Peterson, who just signed with the Lions last week, ran for 93 yards, averaging 6.6 yards on 14 carries. Danny Amendola had five catches for 81 yards.

“I think that defense is going to be good all year,” says Davis. “They had a rough first week, but that defense over the last three to four years has been awfully good. And I expect it to be awfully good again.”

They’ll have to secure the run defense a little more however. The running back matchup may not get any easier this week with the New York Giants and Saquon Barkley coming to town. “[Nose tackle] Eddie Goldman opting out, that’s a big deal in run defense because of what he provides in taking up blocks, letting linebackers run free and keeping people off of them,” says Davis. “Him not being there, some of that showed up against Detroit with Adrian Peterson and DeAndre Swift running the football. They’re going to have to shore that up a little bit.”

The upside, at least for the Bears defense, is that the Giants struggled on offense on Week 1. Barkley found little room to run against the Pittsburgh Steelers, picking up just six yards on 15 carries. He was more effective on passing plays, catching six passes for 60 yards.