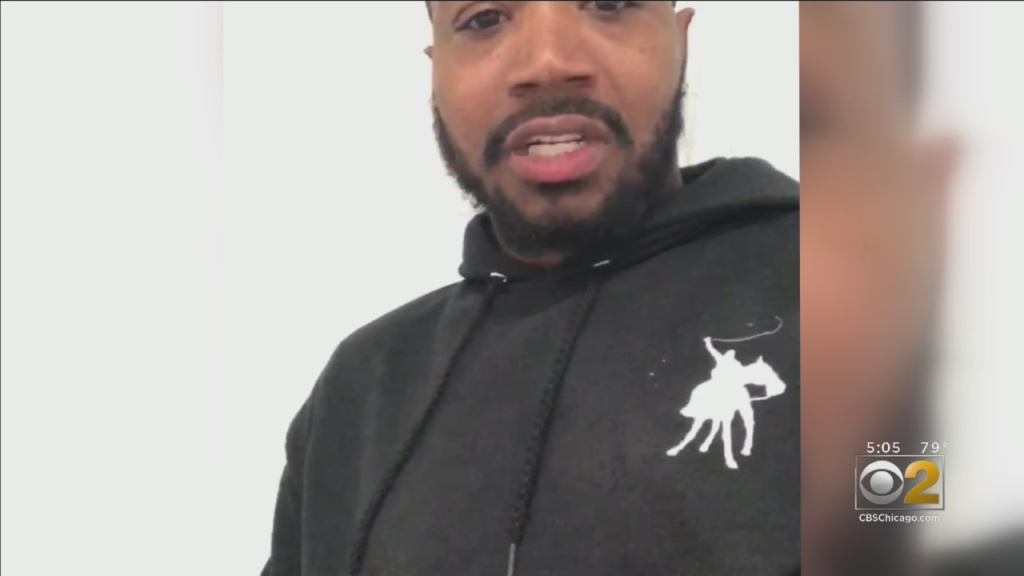 CHICAGO (CBS) — Mayor Lori Lightfoot said Monday, while she supports the message he was trying to send, the activist known as the “Dreadhead Cowboy” was “absolutely wrong” to ride his horse onto the Dan Ryan Expressway last week as a protest of gun violence in Chicago.

Adam Hollingsworth, 33, has been charged with aggravated animal cruelty, reckless conduct, obstruction of traffic, disobeying a police officer, and trespassing on state supported property, after taking his horse, NuNu, onto the expressway one week ago, while streaming a live video on Facebook with the message “kids’ lives matter.”

“The sentiment that he was promoting, which is that kids’ lives matter, of course they do. Each of us has been heartbroken over every single child who has been a victim of gun violence, and particularly those children who have lost their lives,” Lightfoot said Monday afternoon.

However, the mayor said there’s a right way and a wrong way to stage such protests.

“There’s lots of different ways in which you can make your point, but what he did was absolutely wrong,” she added. “Putting anyone or anything at risk really undermines, I think, the spirit of the point that he was trying to make.”

Earlier this year, Lightfoot recruited Hollingsworth to help the city’s efforts to encourage people to fill out their Census forms, but Lightfoot said he hadn’t been involved with the city’s Census efforts for months before his ride on the Dan Ryan.

Hollingsworth got on the expressway at 35th Street during the afternoon rush on Sept. 21. He and his horse were surrounded by cars and motorcycles. He rode NuNu six miles down the Dan Ryan before being guided off and arrested.

Prosecutors have said Hollingsworth rode at a trot pace at times, but reached the faster pace of a gallop for most of the ride. The horse was not equipped with shoes for the hard pavement, which caused severe bleeding and damage to the animal’s health, prosecutors said.

Police pursued Hollingsworth until the horse collapsed onto the pavement at 95th Street and Laayette Avenue. Police saw Hollingsworth kick and whip the horse to continue galloping after the horse slowed down multiple times – most likely as a result of exhaustion and injuries, prosecutors said.

The horse was suffering from extreme dehydration, a heart rate double what is normal, lacerated front legs that caused profuse bleeding, overheating, continuous collapsing, and saddle chafing wounds, prosecutors said. The horse had not been properly saddled and did not have proper cushioning, and the animal’s eyes were “dilated to the point that they looked like cartoon eyes,” prosecutors said.

Although prosecutors have said the horse likely would have to be euthanized, Lightfoot said she’s happy to report NuNu has been making steady progress.

“He almost killed that horse. Thank goodness we interceded,” she said.