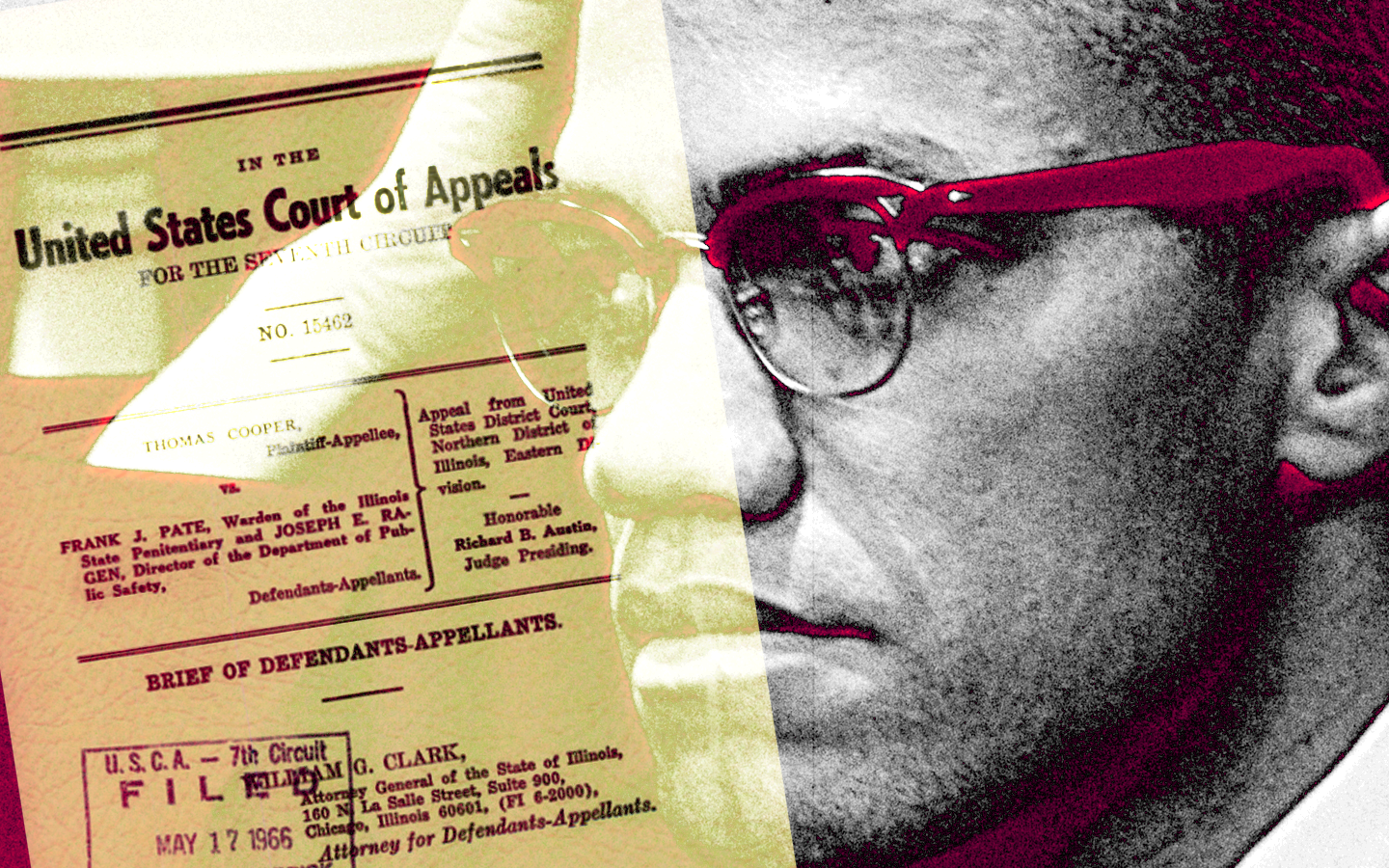 When Thomas Jefferson penned the Declaration of Independence and awaited the Second Continental Congress’s approval, many groups of people withheld excitement. One such group was the enslaved Black population, who understood that the rules of independence would not apply to them the way that it would apply to the white people of the new nation. It was not until the 1950s that a movement centered around Black Americans’ calls for desegregation arrived. People of religious minorities in turn were inspired to demand change. The American civil rights movement saw drastic legal changes that were critical for establishing a greater sense of equality among Black Americans and other marginalized groups. These changes were led by several influential individuals, many of whom were Muslim.

In Pervear v. Massachusetts (1867), the United States Supreme Court decided that prisoners have no constitutional rights. This included the Eight Amendment protections from excessive bail and cruel and unusual punishments. If prisoners could not benefit from these protections then who could? Enter Thomas Cooper, a prisoner who pursued this line of reasoning in Cooper v. Pate (1964).

Thomas Cooper was an Illinois inmate during the climax of the civil rights movement. Central to his identity was the fact that he was also a Muslim. Cooper alleged that he was prohibited from purchasing Muslim publications, as well as receiving any copy of the Qur’an. As decided in Pervear v. Massachusetts, prison wardens were permitted to practice this “laissez-faire” style of administration. But Cooper was not convinced. After his case reached the Supreme Court, the Court listened to his allegations of First Amendment violations and agreed. This decision was monumental for civil rights progression.

The Muslims mentioned above were certainly heroes of their era, but their impact reaches far beyond their time on earth. Thomas Cooper, for instance, led the way for prisoners’ rights. His efforts were not just for Muslims but for all prisoners. In Cruz v. Beto (1972), the Supreme Court held that Texas inmate Fred Cruz could enjoy these same liberties as a practicing Buddhist.

Muhammad Ali was able to parallel Malcolm X’s efforts that resulted in the Black Power movement by mentally and physically embodying Black Power. His anti-war sentiments paved the way for generations of demands for peace, and his poetry, quick wit and confidence paved the way for and influenced hip hop.

The civil rights movement was a collective effort, and more people are united around its demands today than was the case in the mid-twentieth century. During both time periods, there were/are active Muslim voices to lead and inspire change. Black Muslims during the civil rights movement made many changes in prisoners’ rights, the Black Power movement, entertainment and pop culture, and many more realms.