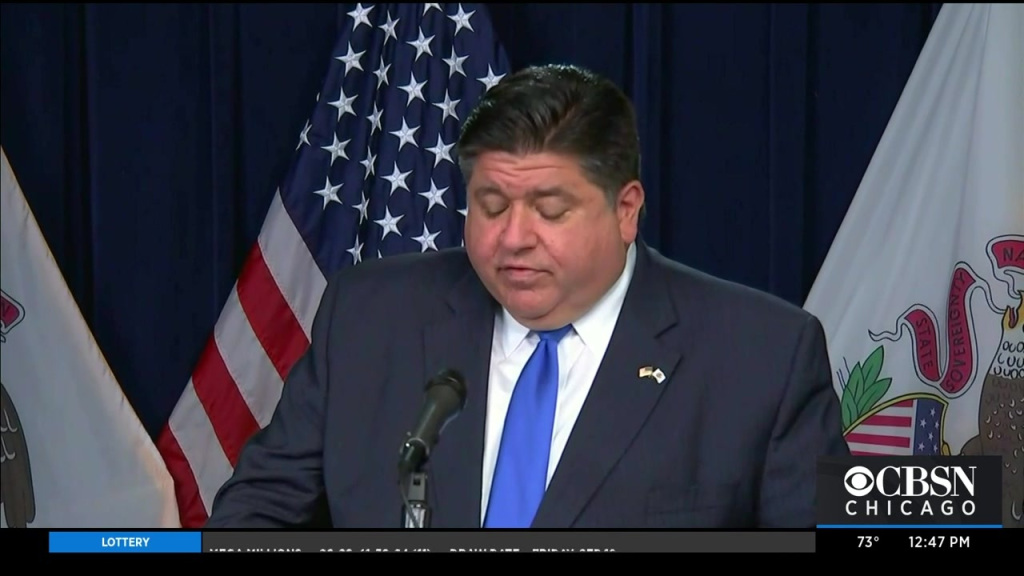 CHICAGO (CBS) — JB Pritzker said his administration is committed to addressing “the past wrongs in discriminatory drug laws” by making sure more people of color are able to get marijuana licenses to legally sell pot.

Facing calls from communities of color and lawmakers to suspend the lottery for 75 new marijuana dispensary licenses, Gov. Pritzker said he’s open to minor tweaks to the program, but he said the process needs to move forward before considering sweeping changes.

“Almost all states that have legalized have done so in a way that produced a multibillion dollar industry dominated by a handful of corporations and individuals that lack diversity,” Pritzker said. “But Illinois is attempting to produce a cannabis industry that actually looks like Illinois.”

The governor said his administration is committed to making sure communities of color are able to participate in getting one of the coveted licenses.To qualify as a social equity applicant, a majority of the company’s ownership must either have spent five of the last 10 years living in an area disproportionately affected by the war on drugs, or have a prior arrest or conviction for a drug-related crime that is eligible for engagement; or have at least 10 full-time employees, most of whom who would meet the social equity requirements.

“Over the last several weeks, we’ve listened to community leaders and legislators and heard the voices of unsuccessful applicants, and across the board in a process that should be characterized by equity to its core, too many people have said that more needs to be done to ensure fairness,” Pritzker said. I’m interested in doing everything that we can to advance the priority that we all share. That’s fairness.”

He said on Monday that unsuccessful applicants will receive a supplemental notice of where their applications last points. “Upon receipt, applicants will have the opportunity to request a rescore of their existing applications or to submit additional information to meet the criteria. Following the issuance of final scores. other applicants that earn an updated perfect score will join the existing successful applicants in entering the lottery for the 75 adult use licenses.”

Pritzker added that applicants can’t change the owners on their application, but applicants who believe they were scored incorrectly will have a chance to ask for another review. Seventy-Five licenses will be awarded.

“Until all our people know fairness, justice and opportunity, we can always do better. This first round of application scoring has been far from perfect. But as difficult and imperfect as it has been, we have seen signs of real progress. With this first round of applications, it’s clear Illinois already poised to have a more diverse adult use cannabis industry than any other state,” Pritzker said. “For these 75 adult-use licenses, we received more than twice the number of applications of any other state that also limited initial licenses. That’s an incredible testament to the number of barriers broken down to bring more people to the table.”

Recreational marijuana sales started in Illinois Jan. 1, and the first set of licenses were awarded only to firms with existing medical marijuana licenses. The upcoming lottery for new licenses is the first chance for aspiring pot entrepreneurs to join the growing industry.

“Equity remains the goalpost in everything we do,” said Toi Hutchinson, the Governor’s senior cannabis advisor. “With this additional review of the first round of applications, we look forward to making sure applicants receive their scores, and then have a chance to strengthen their application, we will all be stronger for that. Ultimately, Illinois will do what no other state in the nation has been able to do: disrupt a burgeoning industry dominated by white men and build until now until Illinois, with little regard for the Black and Brown communities who suffered the most under the failed war on drugs.”

Governor Pritzker said dispensary owners who didn’t qualify for the lottery could even make changes to boost those scores.