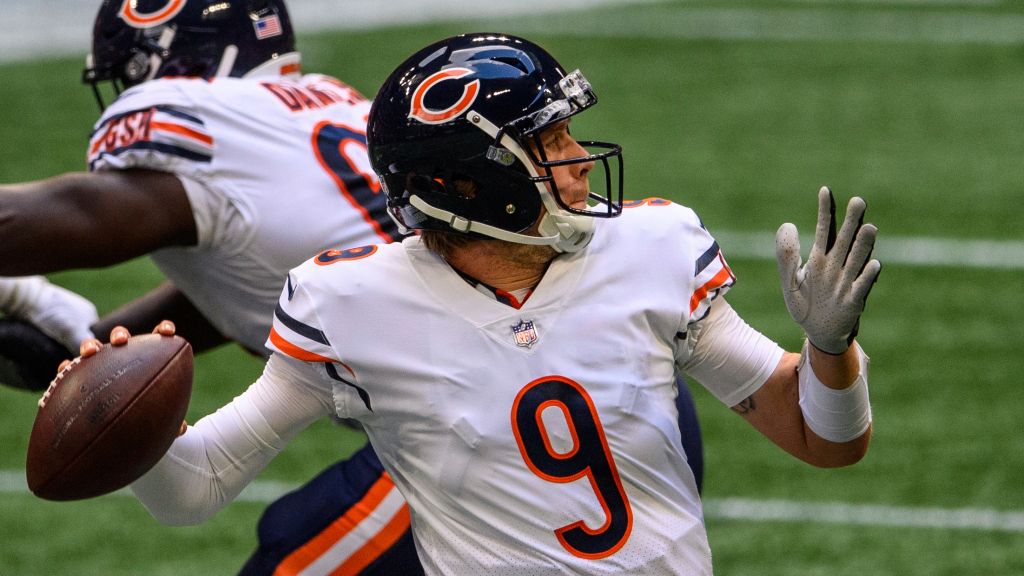 CHICAGO (CBS) — Can the Bears ride Nick Foles to 4-0 record or will the Indianapolis Colts buck that trend? Here are Three Things to Watch as the Bears take on the Colts Sunday at noon on CBS 2.

In The Nick Of Time

Will Nick Foles in his first start look like the Nick Foles we saw in relief last week? Well, the numbers pretty much say yes; maybe not “three touchdowns in a quarter” good, but he has been good in his first start in a season whenever that comes. He’s 6-2 in his first start of a season, which for Foles often hasn’t been in week 1, and one of those losses was his first ever start his rookie year. He’s thrown 11 TDs, and just two interceptions in those six wins. He’s not always great for an extended period as a starter, but look for him to be pretty good against the Colts. Anthony Miller #17 celebrates his touchdown with Nick Foles #9 of the Chicago Bears in the fourth quarter of an NFL game against the Atlanta Falcons at Mercedes-Benz Stadium on September 27, 2020 in Atlanta, Georgia. (Photo by Todd Kirkland/Getty Images)

Taking Over For Tarik Cohen

How do the Bears replace Tarik Cohen? There have to be two answers to that question. First, look for even more of Cordarrelle Patterson running the ball. Patterson said it’s impossible to replace Tarik because he does everything. Patterson does have some of Cohen’s versality, but Ryan Nall and Artavis Pierce, signed up from the practice squad, could get some more work along with David Montgomery as well. Will Chuck Pagano’s defense tighten things up against his old team? For Pagano to get his revenge, his run defense especially needs to be better. Without Eddie Goldman, they’ve been giving up big chunk plays on the ground. Watch to see if Bilal Nichols holds his ground a little better, because he’s been getting pushed around a bit. It won’t be easy against a very good Colts offensive line. The Bears have given up 5.0 yards a carry, 25th in the NFL through 3 games. Even if they struggle against the run, look for them to at least get after 38-year-old quarterback Phillips Rivers, who won’t be running, unless it’s slowly away from Khalil Mack