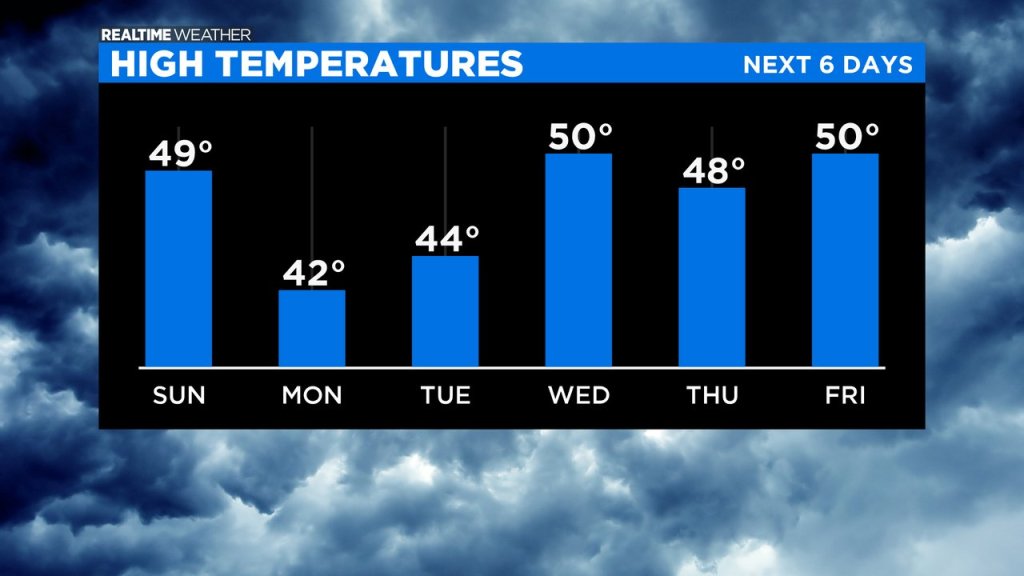 CHICAGO (CBS) — The coldest air of season so far has arrived for the Chicago area. This upcoming week will be the coldest we have seen in seven months. Sunday will remain cloudy and cold, with highs in the upper 40s, and light rain possible mainly late.

Light rain could mix with snow by early Monday, with minor accumulations possible west of the city. There are also chances for rain on Tuesday and Thursday. Highs for the week will range from 10°-15° below average.