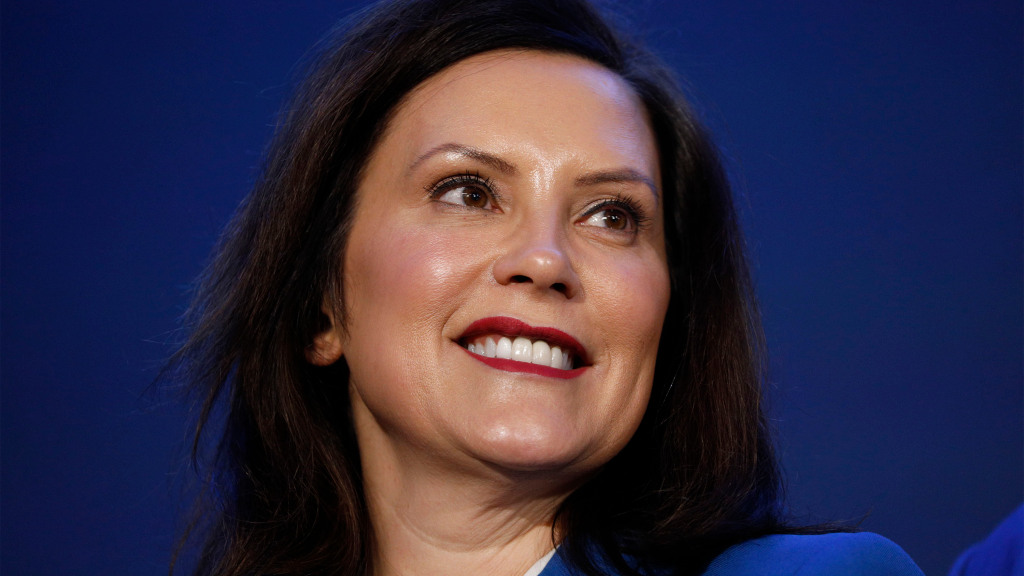 Six suspects face federal charges of conspiracy to commit kidnapping and were arrested Wednesday. A criminal complaint filed in federal court Tuesday and unsealed Thursday identifies the suspects as Adam Fox, Barry Croft, Ty Garbin, Kaleb Franks, Daniel Harris and Brandon Caserta. The six, who are all in custody, are accused of plotting to kidnap Whitmer at her vacation home and place her on trial for “treason” before the November election.

Seven more people linked to a militia group known as the Wolverine Watchmen are in custody on state charges, Michigan Attorney General Dana Nessel said. The seven are accused of attempting to find the home addresses of law enforcement officers to target them, making threats of violence intended to “instigate a civil war” and engaging in planning and training to attack the Michigan capitol building and kidnap government officials, including Whitmer.

According to court documents, Fox and several other people met in Dublin, Ohio, on June 3 to talk about “creating a society that followed the U.S. Bill of Rights and where they could be self-sufficient. They discussed different ways of achieving this goal from peaceful endeavors to violent actions. At one point, several members talked about state governments they believed were violating the U.S. Constitution, including the government of Michigan and Governor Gretchen Whitmer. Several members talked about murdering ‘tyrants’ or ‘taking’ a sitting governor.”

The FBI quoted one of the accused as saying Whitmer “has no checks and balances at all. She has uncontrolled power right now. All good things must come to an end.”

The criminal complaint said the plan involved Whitmer and her second home in northern Michigan.

Whitmer has been praised but also deeply criticized for the state’s response to the coronavirus. She put major restrictions on personal movement throughout the state and on the economy, although many of those limits have been lifted.

Mayor Lori Lightfoot said, although his name does not appear in the charging documents, President Donald Trump bears some responsibility for the plot, pointing in particular to a tweet the president posted in April declaring “LIBERATE MICHIGAN!” in response to demonstrations outside the Michigan state capitol protesting Whitmer’s COVID restrictions.

“I think all roads lead back to Donald Trump,” Lightfoot said. “Unfortunately, every single time he attacks a public official, and I know this personally, there are those who take that as license to come after us.”

The mayor called the allegations in the Michigan case “chilling.”

“Thank God the FBI interceded, and it never came to fruition,” she said.

Lightfoot said the case serves as a lesson that words matter, and public officials have to choose their words carefully.

“We can have honest policy debates, we can disagree on a range of issues. Donald Trump has emboldened and empowered an element in our country that we know exists. Sometimes we don’t want to talk about it, but it’s absolutely there, and there’s a lot of racist, misogynist, xenophobic, violent people that are out there who threaten me and my family and other elected officials, because the president gives them license,” she said.

According to court documents, through electronic communications, two of the alleged conspirators “agreed to unite others in their cause and take violent action against multiple state governments that they believe are violating the U.S. Constitution,” the FBI said.

A confidential informant wore a wire for the FBI during meetings with Fox and others as they plotted the kidnapping, according to the FBI.

In a phone call on June 14, Fox talked about needing “200 men” to storm the Michigan state capitol building in Lansing, and take hostages, including Whitmer.

“Fox explained they would try the Governor of Michigan for ‘treason,’ and he said they would execute the plan before the November 2020 elections,” the charges state.

On June 20, Fox, Garbin, and several others met at Fox’s business in Grand Rapids, in the basement which was accessed through a trap door hidden under a rug.

Later, however, the group shifted to targeting the governor’s vacation home, the FBI said.

The FBI said the group participated in training and planning to kidnap Whitmer in June and into July, which included firearms training and combat drills. At one session on July 11, Croft and a member of the militia group allegedly tried to make improvised explosive devices, though the devices did not detonate.

At a meeting in Ohio on July 18 attended by five of the men, the attendees talked about attacking a Michigan State Police facility, while Garbin suggested “shooting up” Whitmer’s vacation home, according to the affidavit. In a separate meeting July 27, Fox said the best chance to abduct the governor would be when she was arriving at or leaving her personal vacation home or the governor’s official summer house.

“Fox described it as a ‘Snatch and grab, man. Grab the f***in’ Governor. Just grab the b***h. Because that that point, we do that, dude — it’s over,’” the criminal complaint reads.

According to the court filing, Fox said the group would move Whitmer to a secure location in Wisconsin after she was kidnapped, where they would hold a “trial.”

Across their planning, the men conducted surveillance of Whitmer’s vacation home on two occasions, once during the day on August 29 and again in mid-September. Fox and Croft also discussed detonating explosive devices to divert police attention from Whitmer’s house, and Fox went so far as to inspect the underside of a bridge for places to put an explosive charge, federal prosecutors said.

The group planned to conduct a final training exercise for their scheme in late October, though Fox raised concerns about the date of the plot occurring too close to the presidential election. Still, the men planned to meet October 7 to pay for explosives, which would be used to blow up a bridge leading to Whitmer’s home, and exchange tactical gear, the affidavit said.

In May, Whitmer said some gun-toting protesters who demonstrated inside the state Capitol in opposition to some of her moves to battle the coronavirus “depicted some of the worst racism” and “awful parts” of U.S. history.